In June this year we unveiled our new and exclusive 1921 Centenary Editions vinyl range, with dozens of albums carefully selected from our 100 years on the high street and reissued as limited editions pressed onto an array of unique coloured vinyl.

More albums were added to the 1921 Centenary Editions in September, and we can now reveal even more exclusive titles joining the range's line-up next month, with eight more classic LPs due to land in stores on November 13.

As always, our exclusives will be available on a first come, first served basis, so we do recommend that you head to your local store nice and early so you don't miss out. While stocks last there will also be a very limited number of copies available in our online store from 4pm on November 13 ...but when they're gone, they're gone!

Here's what you can expect to see joining our exclusive vinyl line-up very soon...

Few could have predicted the longevity of Foo Fighters when “the drummer from Nirvana” first released their eponymous debut in 1995 - the band essentially a solo venture at that point, with Dave Grohl playing all of the instruments himself. But with songs like ‘This Is a Call’, ‘Big Me’ and ‘For All the Cows’, the songwriting talent that had so far only been glimpsed in flashes on Nirvana b-sides suddenly emerged into full view, setting the stage for a career that has so far produced 10 studio albums, half of which have topped the UK Album Chart.

Foo Fighters returns to stores in November as part of our exclusive line-up with a new, limited edition pressing of 2000 copies on red vinyl. 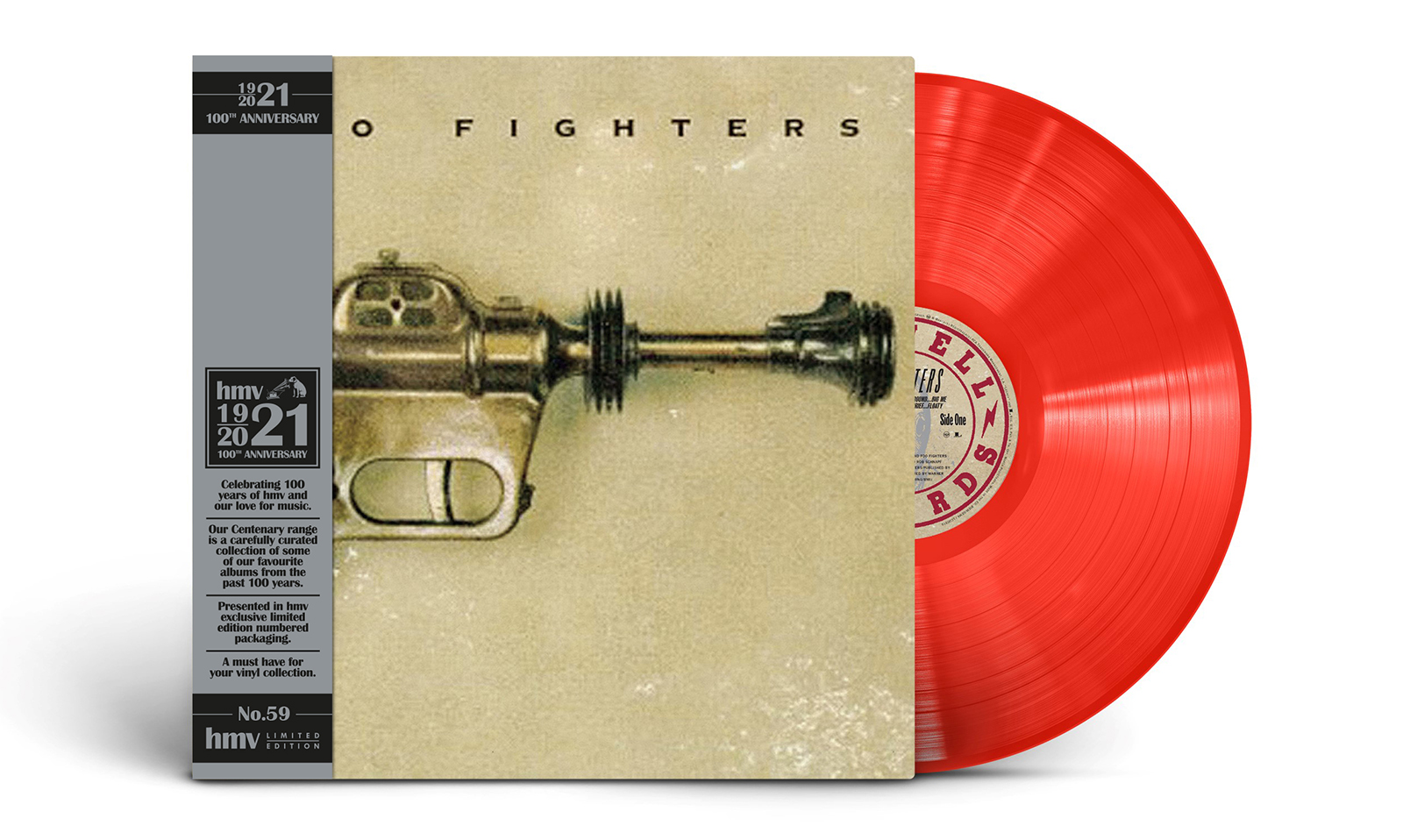 Scottish heavy rock outfit Nazareth have delivered an impressive 24 studio albums over the course of their long career, but it all started back in 1971 with their eponymous debut album, featuring the band’s original line-up of frontman Dan McCafferty, guitarist Manny Charlton, drummer Darrell Sweet and bassist Pete Agnew – the sole founding member who remains in the band’s line-up today.

Featuring some of the early hits including ‘Dear John’ and their cover of Bonnie Dobson’s ‘Morning Dew’, Nazareth joins of exclusive 1921 Centenary Edition line-up in November with a new limited edition pressing of 1000 copies on clear vinyl. 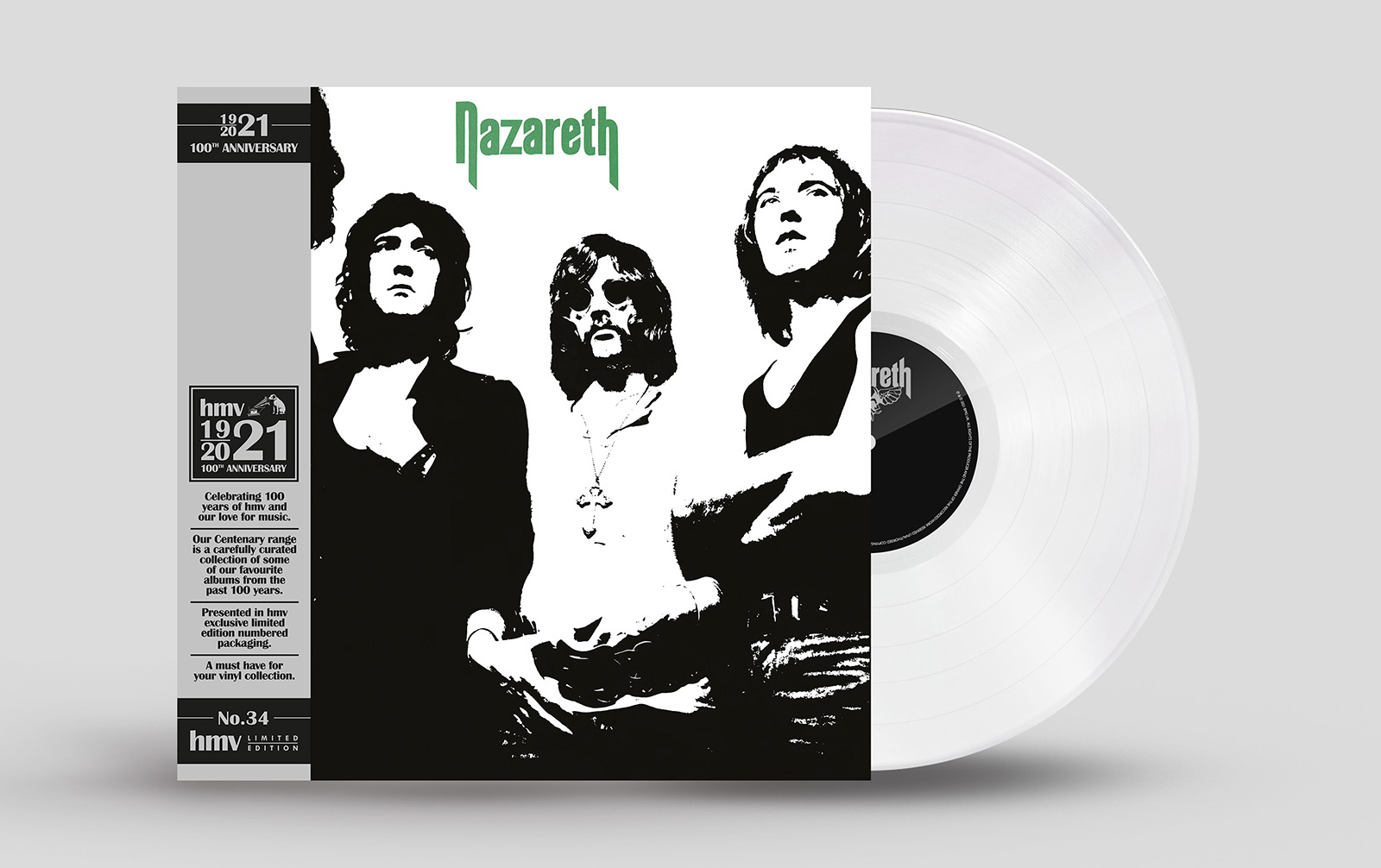 Prog rock supergroup Emerson, Lake & Palmer, formed by three former members of The Nice, Asia and King Crimson, were nothing if not ambitious. When their first live album arrived in 1971 it did not, as fans might’ve expected, include any of the songs from their 1970 debut or its follow-up, but instead featured the band’s synth-laden, heavy rocking rendition of a suite originally written by Russian composer Modest Mussorgsky, performed and recorded at Newcastle’s City Hall.

Possibly one of the most head-spinning albums of its era, Pictures at an Exhibition returns to stores in November as part of our 1921 Centenary Edition range in the form of a new limited edition pressing on white vinyl, with 1500 copies up for grabs. 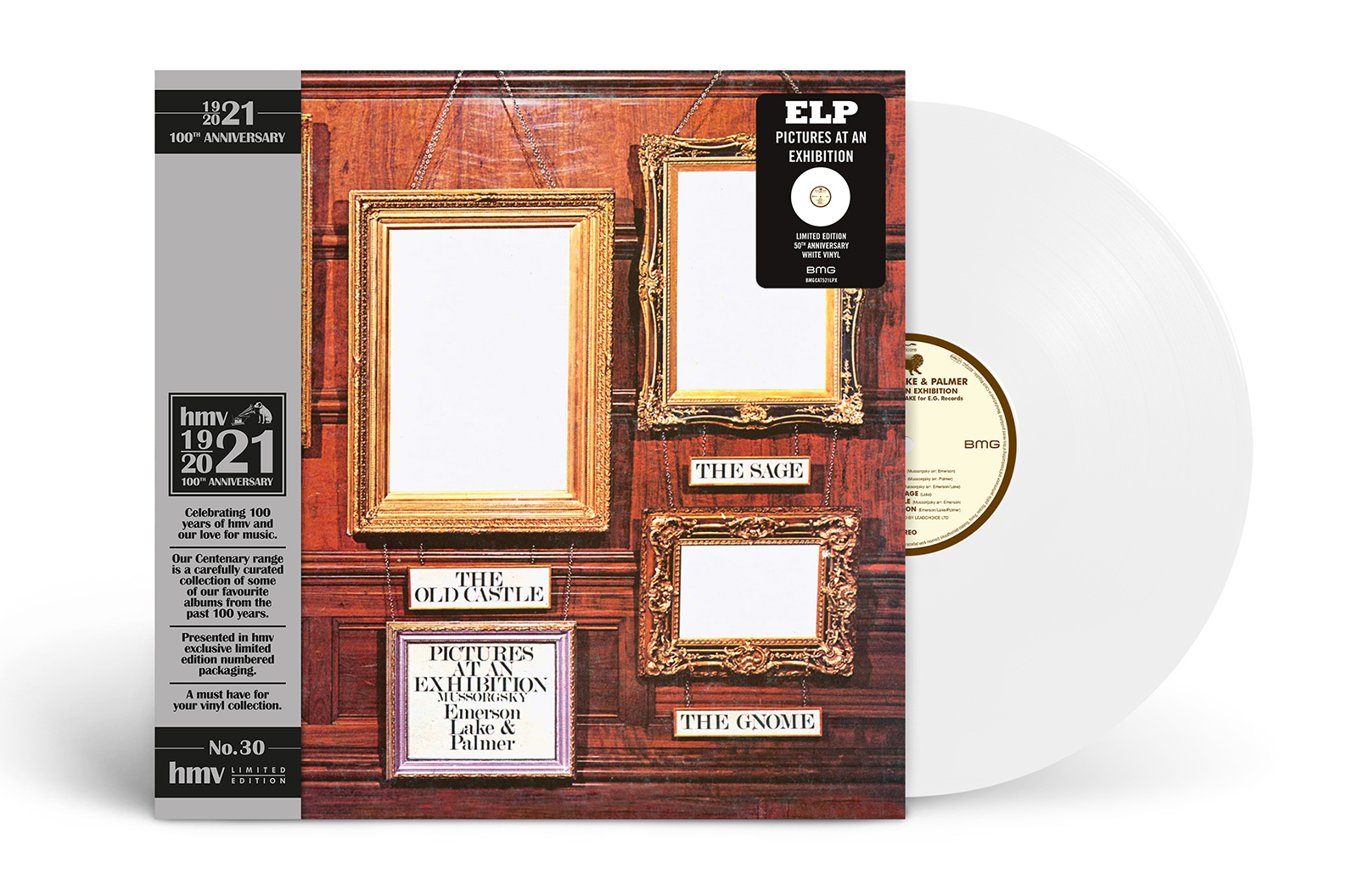 Released just a couple of years before Norman Cook struck chart gold under his Fatboy Slim alias on second album You’ve Come a Long Way, Baby, his 1996 debut offered a glimpse of the big beat grooves and stuttering samples that would soon become his trademark, especially on tracks like ‘Going Out of My Head’ and the infectiously slinky ‘Everybody Needs a 303’.

Fatboy Slim’s debut Better Living Through Chemistry becomes ofne of the latest additions to our 1921 Centenary Edition line-up next month with a new and exclusive pressing on stunning blue and white splatter vinyl, limited to just 1000 copies. 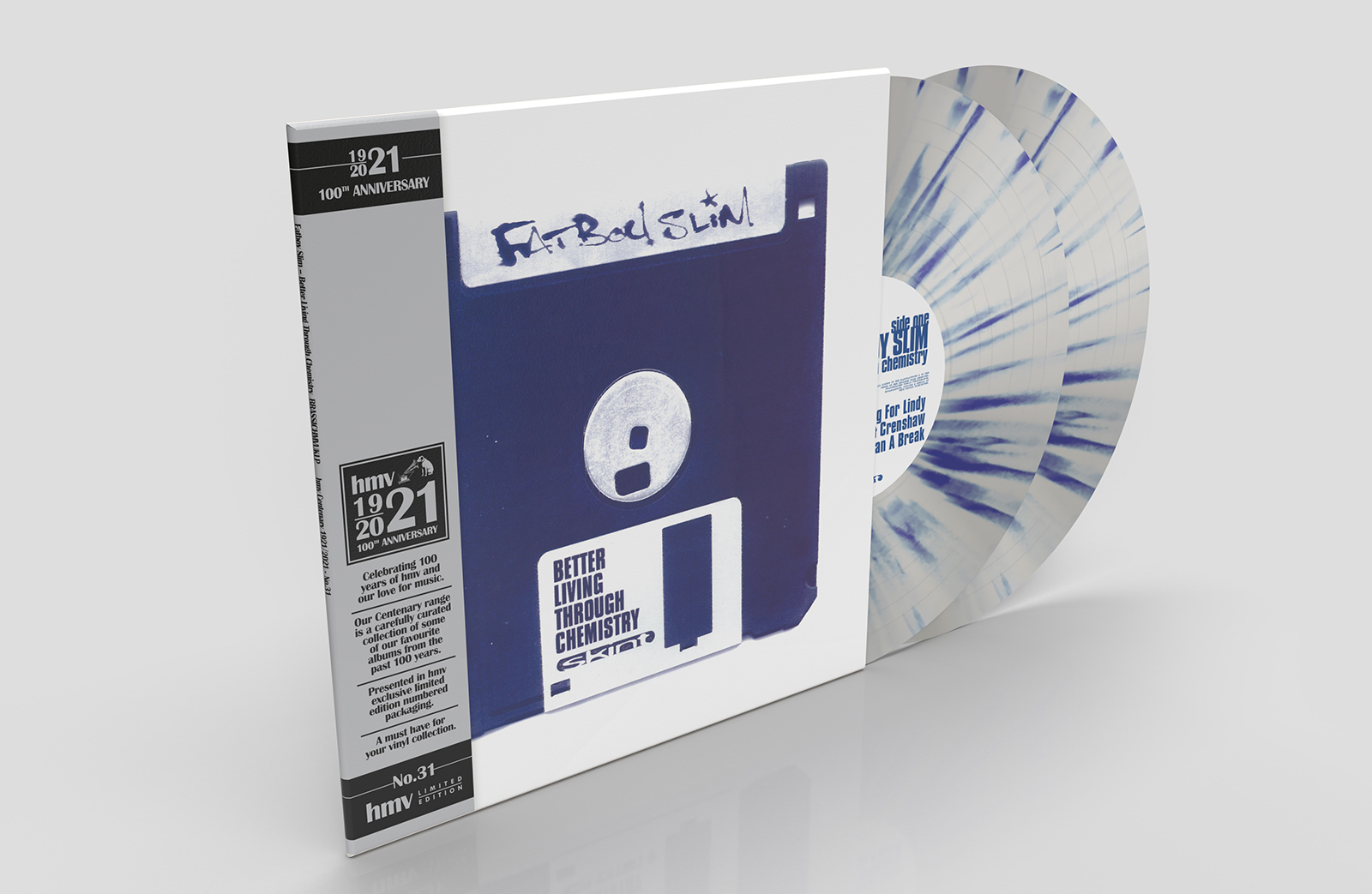 Elton John has worked on a string of soundtracks since The Lion King arrived in 1994, writing for musicals such as Billy Eliot and the Road to El Dorado, but his first soundtrack project came all the way back in 1971, just as Elton’s career as a solo artist was beginning to take off.

Written for Lewis Gilbert’s teen romance Friends, which arrived the same year, Elton John’s soundtrack for the film returns to stores next month as part of our exclusive Centenary line-up with a new and extremely limited pressing of just 750 copies on gorgeous pink marble vinyl. 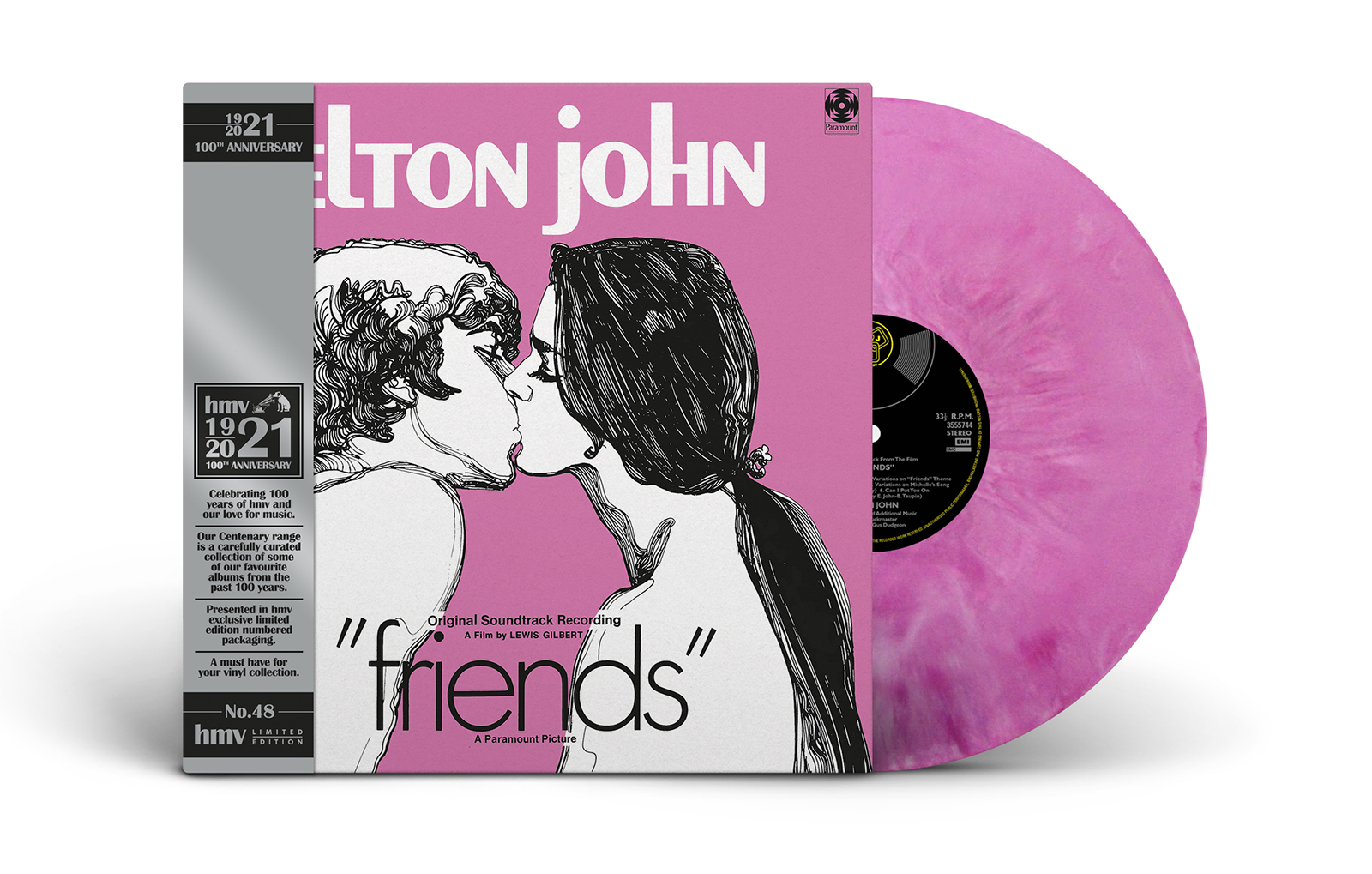 The legendary West Hollywood venue that has played host to so many of California’s most famous musical sons and daughters celebrated its 50th anniversary back in 2007 with a concert from two of the most revered of all: James Taylor and Carole King.

An hour-long live set which sees the two singer-songwriters duetting on each others’ most famous hits, Live at the Troubadour is one of the new additions to the 1921 Centenary Edition range with a new, limited pressing of the album on gold heading to stores in November, with just 750 copies available. 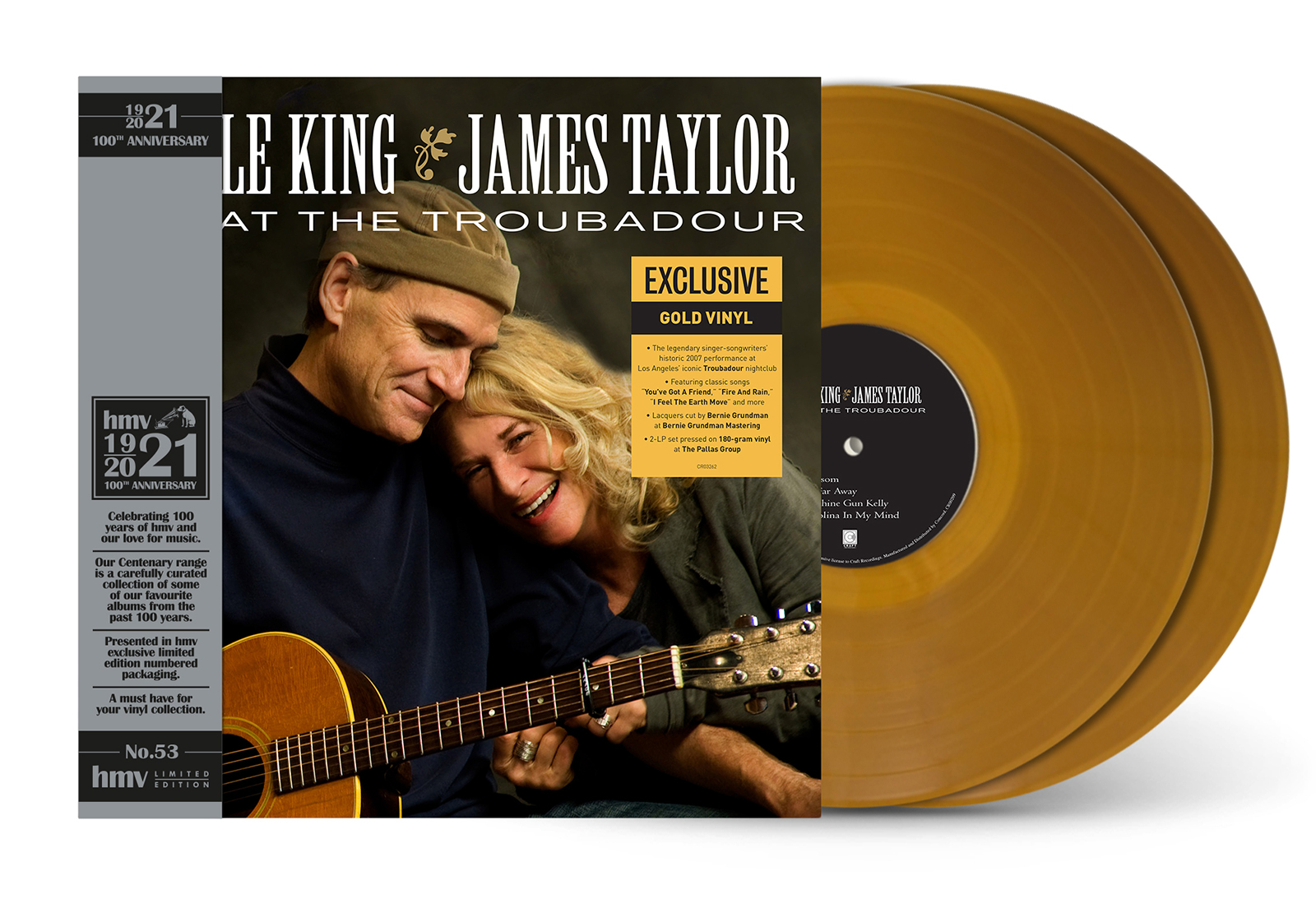 Simple Minds – Sparkle in the Rain

If the early output of Scottish rock outfit Simple Minds had cast them as new wave outsiders, their experimental, ever-shifting sound had, by the time of 1982’s New Gold Dream 81/82/83/84, begun to evolve into something a little more accessible, their sixth album finally earning the band their first real commercial breakthrough.

Its follow-up Sparkle in the Rain arrived a year later and saw them settling into their creative stride with hits like ‘Waterfront’, their fluid sound solidifying into the more familiar style that would become their trademark throughout the rest of the decade. Their seventh full-length offering joins our 1921 Centenary Edition range in November with a new pressing of just 1000 copies on orange vinyl. 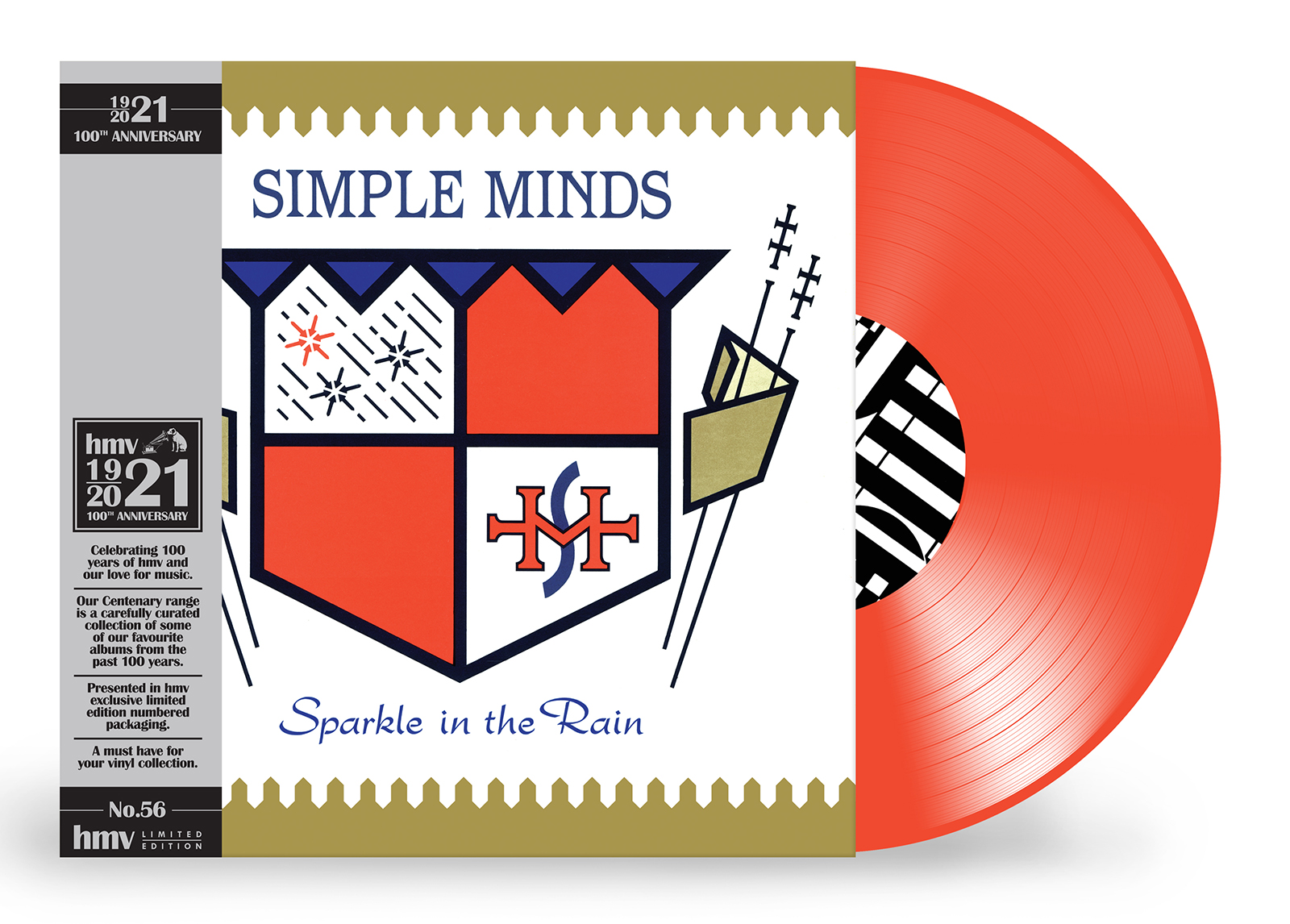 Frankie Goes to Hollywood – Welcome to the Pleasuredome

Liverpool pop quintet Frankie Goes to Hollywood made an immediate impact when their 1983 debut single ‘Relax’ was banned by the BBC (which, naturally, propelled it straight to the top of the charts), repeating that feat with follow-ups ‘Two Tribes’ and ‘The Power of Love’, becoming only the second band in history to top the UK Singles Chart with their first three releases.

All three are featured on their 1984 debut album Welcome to the Pleasuredome, which joins our 1921 Centenary Edition range next month with an exclusive, limited edition run of 1000 copies pressed on blue and mint green vinyl. 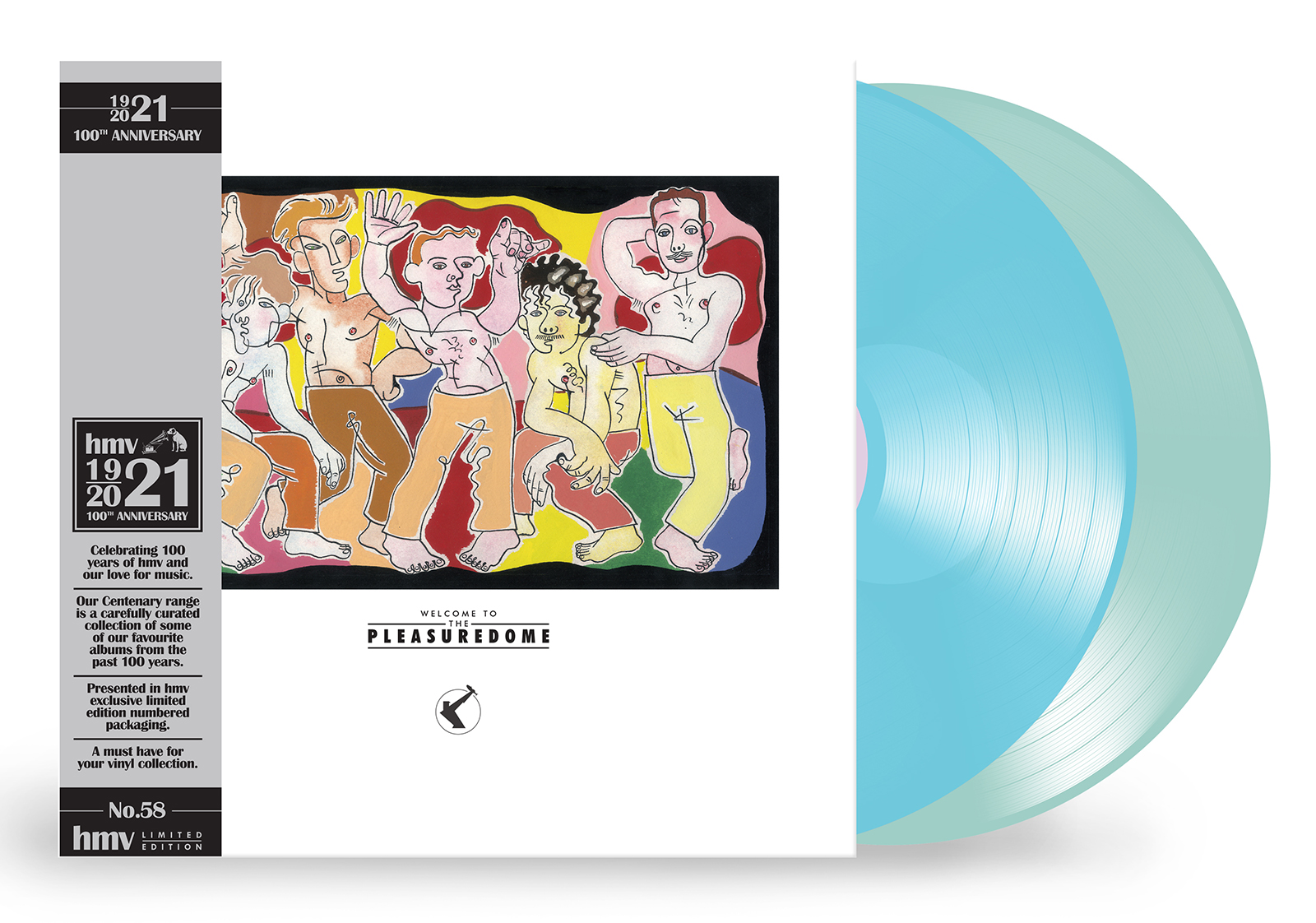 Midlands based indie-rock outfit The Wonder Stuff emerged with their debut Eight Legged Groove Machine in 1988 amidst a wave of like-minded bands including Pop Will Eat Itself and Ned’s Atomic Dustbin, but by the time of their third album Never Loved Elvis their songwriting had evolved into something more radio-friendly and began producing their first real hits with songs such as ‘Welcome to the Cheap Seats’ and ‘Size of a Cow’ (and later scoring their first and only No.1 with their cover of ‘Dizzy’, featuring comedian Vic Reeves on vocals).

Never Loved Elvis becomes a late but very welcome addition to our exclusive 1921 Centenary Edition range in November with a new limited edition run of 1000 copies pressed on brown vinyl. 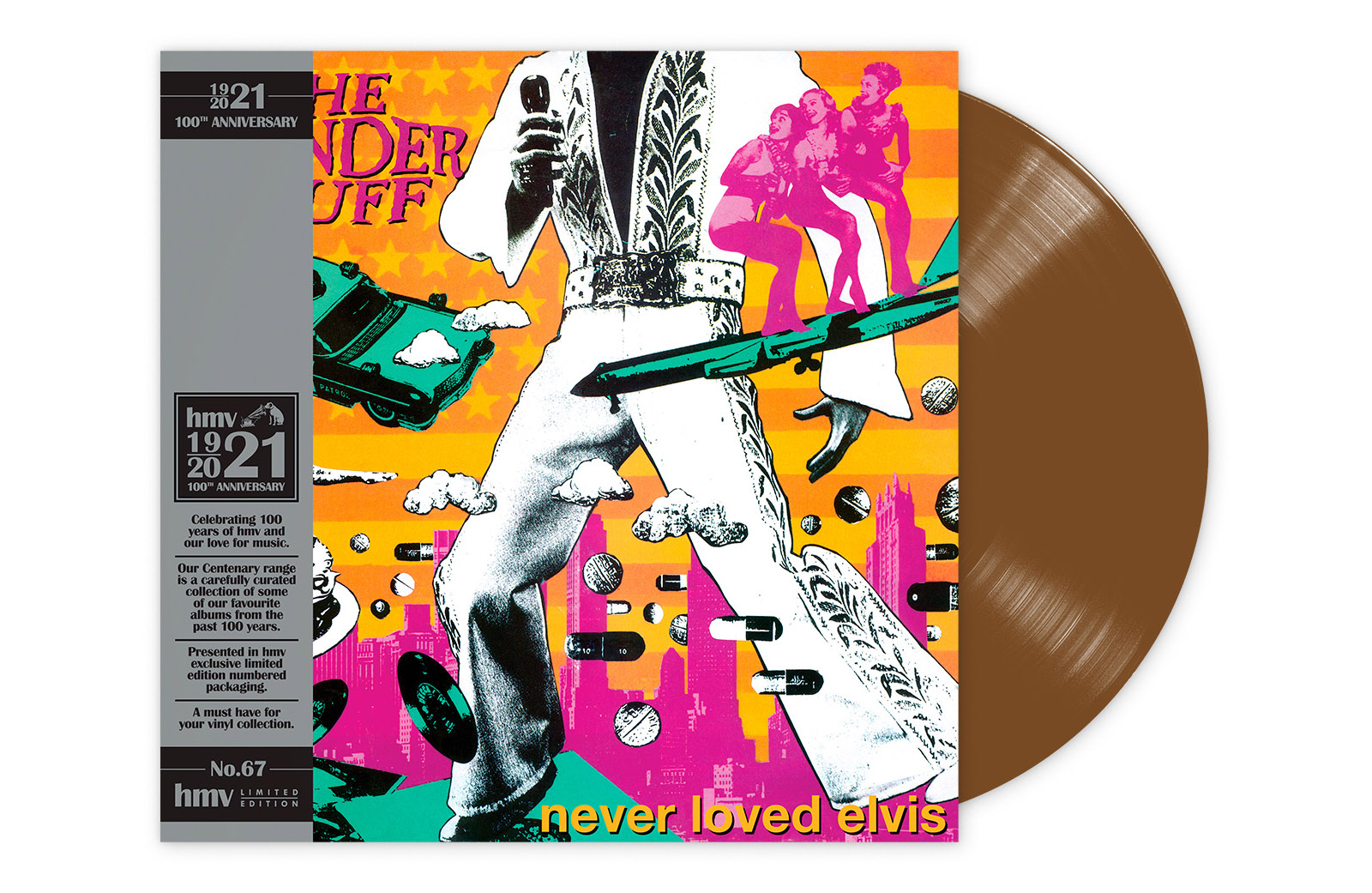 Coldplay’s Music of the Spheres: What You Need To Know

“I’m somebody who naturally takes a position, whether that be politically or personally..." - hmv.com talks to Joy Crookes

"It’s like a marriage that’s failing, and the Beatles were trying to go back to their date nights..." - Giles Martin tells hmv.com about remixing Let It Be

Where To Start With... Sault