"I wanted to share more of my story..." - Alabama Shakes' Brittany Howard opens up about her debut solo album Jaime

Given they first formed back in 2009 and thus far have just two albums under their belts, Georgia bluesy indie types Alabama Shakes have never moved along at much of a click.

Well, their next move isn't going to help. Singer Brittany Howard has now stepped away from the group to deliver her first solo album, Jaime.

A mixture of new material and songs the singer has been filing away for the last few years, Jaime is an intimate collection, mixing Shakes' taste for blues with more production quirk and experimentation.

The album is out now today and has been honoured with hmv's Album Of Month. We sat down with Howard to find out how it came together and why she felt like these songs were just for her...

When did you have the idea to make a solo album? Is it something you’ve always wanted to do?

"It’s something I have always wanted to do. At the end of the last Alabama Shakes cycle, I found myself for the first time in my adult life with some time to figure out what was next for me. I knew that my next step needed to be something that challenged myself in a new way and stepped outside of my comfort zone. I wanted to share more of my story and write more personal music and the only way that made sense was to do it under my own name."

Have you been collecting songs for years? Or were these all written in recent times?

"Some of the songs like ‘History Repeats’ have been around for a while and I initially brought to the Shakes, but just didn’t make sense for the band and others I wrote for this album. ‘13th Century Metal’ was completely unplanned and came together in the studio…Robert Glasper and Nate Smith were just jamming and I knew I had to use it in some way and went back and found some old words I had written down and cut it up to the music they wrote."

Can you talk us through the contributors on the album? You worked with a couple of your Alabama Shakes bandmates on a few songs...

"I wanted musicians who could play with emotion and take what I wrote and make it their own. Robert Glasper and Nate Smith are some of the best out there at doing just that and I knew from the start they would need to be on the album. Zac Cockrell has been my musical partner from the beginning and in my mind one of the best bass players out there. I knew there was no way I could do this album without him."

"Lloyd Buchanan has always been a backing singer in Alabama Shakes but the thing no one knows about him is that he is an insane organ player. I knew for this project I needed him to showcase both those talents. Paul Horton helped me write 'Tomorrow' and plays keys on that track. I’ve known Paul since we were kids and he can always blow my mind. I also brought in Lavinia Meijer to play the harp on 'Presence'. I met her at an event Alabama Shakes did with Philip Glass and was so taken back by her beautiful playing. Rob Moose plays strings on a few songs. I met him when Alabama Shakes were recording Sound & Color and to watch him record an entire string section solo is mind-blowing."

What impact did they have on the album?

"I’m so thankful to all of them for what they added to the record and for taking a chance on this album with me. They came into the studio with an open mind and a playful attitude and we all had an incredible time. For the live show, a lot of the Alabama Shakes members are once again on the road with me, Zac plays bass, Paul and Lloyd play keys and Karita and Shanay (along with Lloyd too) are still backing me up on vocals. It’s been incredible having a lot of the same folks back with me."

What kind of album is this lyrically? Is there a theme to it?

"It’s all about me. In Alabama Shakes I was writing more veiled songs and never really directly focused on my life and experiences. On this album, I confront more personal topics about me, my family and my life growing up."

Which song on the album took the longest to get right? And which came together most quickly?

"Probably ‘History Repeats’. The drums are intense and mixing it was even more of a challenge! On the quick front, definitely ‘13th Century Metal'. It basically came out of Robert Glasper and Nate Smith jamming and me throwing words over it. Totally unexpected and one of my favourites!"

The album is named after your sister, when did you decide to do that?

"I think I always knew in my head that if I did a solo album I would name it after her. She was one of my first teachers and I learned everything from her, including how to write songs and poetry, play guitar and piano and draw. We were extremely close and without her, I’m not sure I would be doing what I do now. I’m so proud to be able to tell her story and share this accomplishment with her."

How are things with Alabama Shakes? Are you talking about new music? Or can you see yourself keeping going and making another solo record?

"It’s unknown at this time. I plan to tour for the next year and a half at least behind this album. Who knows what the next step will be but for the time being this is my focus."

Have you any further plans to take the album out live?

"Yes! I’ll be touring for at least the next year and a half, lots to come and I’m really excited to bring this music and showcase my incredible band for people around the world!"

Will your live set be solo only, or will you throw in some Shakes or any songs from your other projects?

"It’s mainly solo, but there are some fun covers thrown in and I’ve actually written a few songs since the album that we are also playing. We have fun!"

"Thank you! I really appreciate your support!" 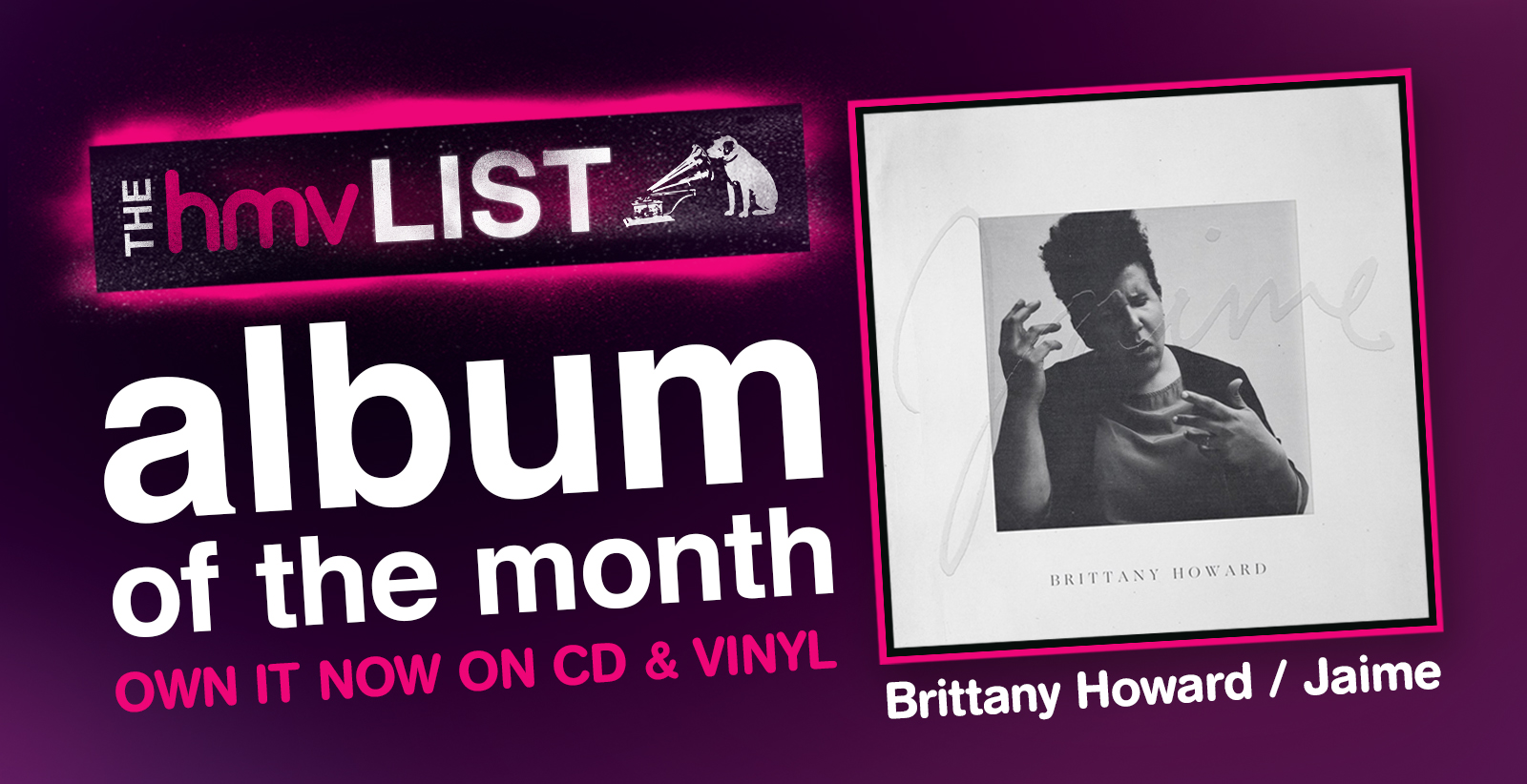 My Record Collection by The Riptide Movement's Malachy Tuohy