Ed Sheeran has surprised and delighted his fans with the announcement of a brand new album of collaborations, set to be released in July. The announcement was made via Sheeran's Instagram, you can find the post below:

Before I was signed in 2011, I made an EP called No.5 Collaborations Project. Since then, I’ve always wanted to do another, so I started No.6 on my laptop when I was on tour last year. I’m a huge fan of all the artists I’ve collaborated with and it’s been a lot of fun to make. No.6 Collaborations Project will be out everywhere on 12 July. It’s available to pre-order from midnight tonight local time and my song with @chancetherapper and @pnbrock will be out everywhere at the same time x

Given the title No.6 Collaborations Project, the album will feature a long list of collaborators and co-writers, including his recent single 'I Don't Care' with Justin Bieber, which is currently occupying the Number One spot in the UK Singles Chart. However, the vast majority of the guests featured on the album have remained under wraps for now, with Chance the Rapper and PnB Rock the only two confirmed contributors besides Bieber.

What we do know however is that the album is a sort of spiritual successor to his 2011 EP No.5 Collaborations Project and will feature 15 new tracks, with a new song featuring Chance the Rapper set to be unveiled later today. We also know that the album will be available in stores from July 12th.

You can find the full tracklist for the new album – albeit with the names of most collaborators redacted – below... 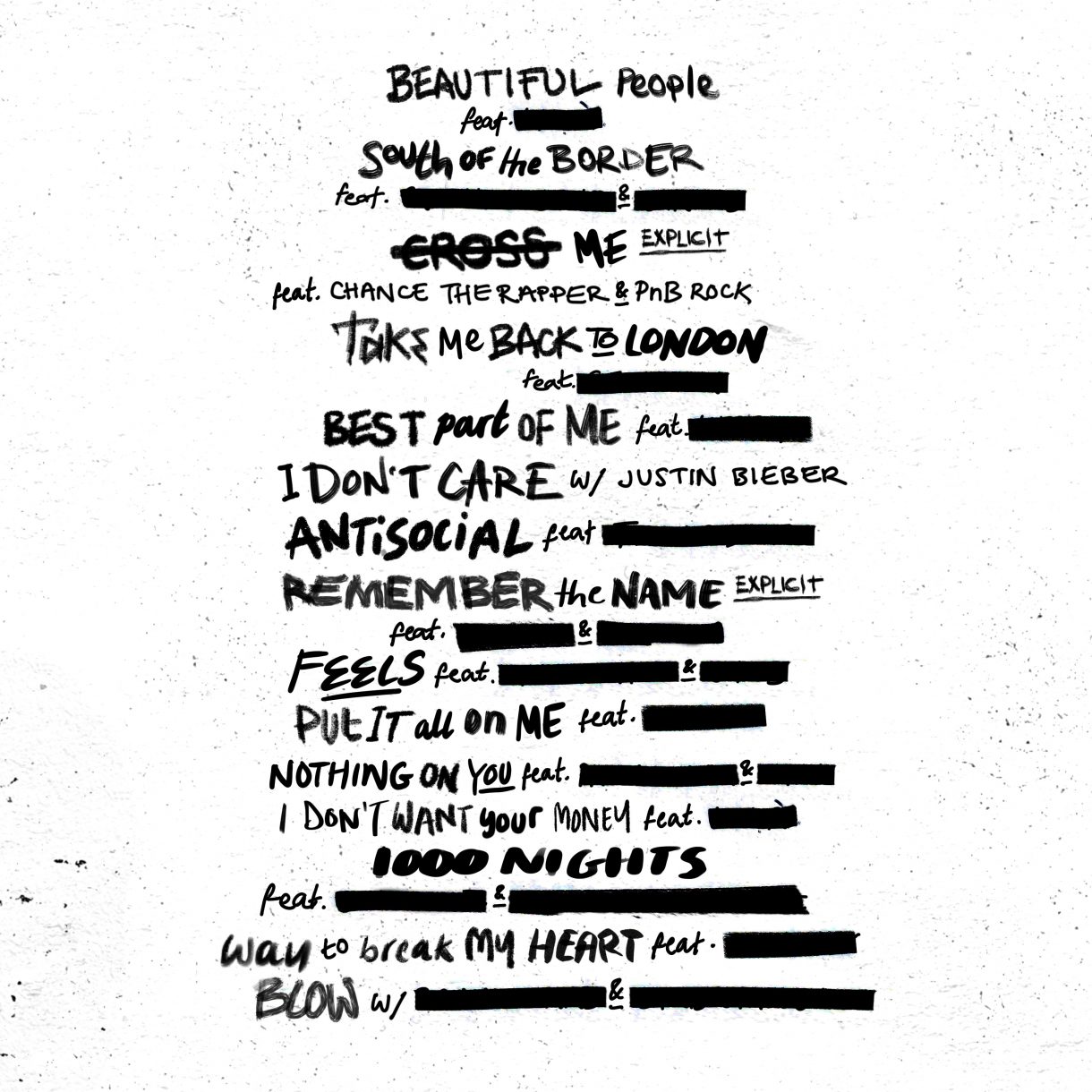 Carly Rae Jepsen's Dedicated: What You Need To Know

"I was very insular for years, I did everything on my own..." - James Chapman talks his new Maps' LP Colours. Reflect. Time. Loss.

hmv Doncaster re-opens with a new look and more vinyl...