Happy Birthday to us! This year marks a full century since the first hmv store opened its doors at 363 Oxford Street in London, and on July 24 we'll be celebrating our 100th birthday in style with a brand new and exclusive range of limited edition vinyl just for you...

As part of our birthday celebrations we're pleased to announce the new 1921 Centenary Edition range, for which we have carefully curated a selection of the finest albums and soundtracks from the last 100 years and had them specially pressed onto some beautiful coloured vinyl - all of which will be available exclusively in hmv stores on Saturday July 24.

Each week we'll be revealing more of the new and exclusive 1921 Centenary Editions, but today we're excited to unveil details of the first batch of albums that will be arriving at your local hmv on Saturday July 24...

The first of two Queens of the Stone Age albums to feature in our centenary vinyl line-up, …Like Clockwork first made its arrival in 2013 after a six-year hiatus and its revitalised sound saw their sixth album became the band’s first to reach the summit of the Billboard chart, only narrowly missing out on repeating that feat in the UK, where the album peaked at No.2.

The album also saw Dave Grohl return to drumming duties for the first time since his 2002 appearance on Songs for the Deaf, as well as the first appearance from future drummer Jon Theodore (formerly of The Mars Volta), while the album’s impressive list of outside collaborators features the likes of Trent Reznor, Jake Shears, Alex Turner and Elton John.

Our exclusive 1921 Centenary Edition is pressed on white vinyl and limited to 1000 copies. 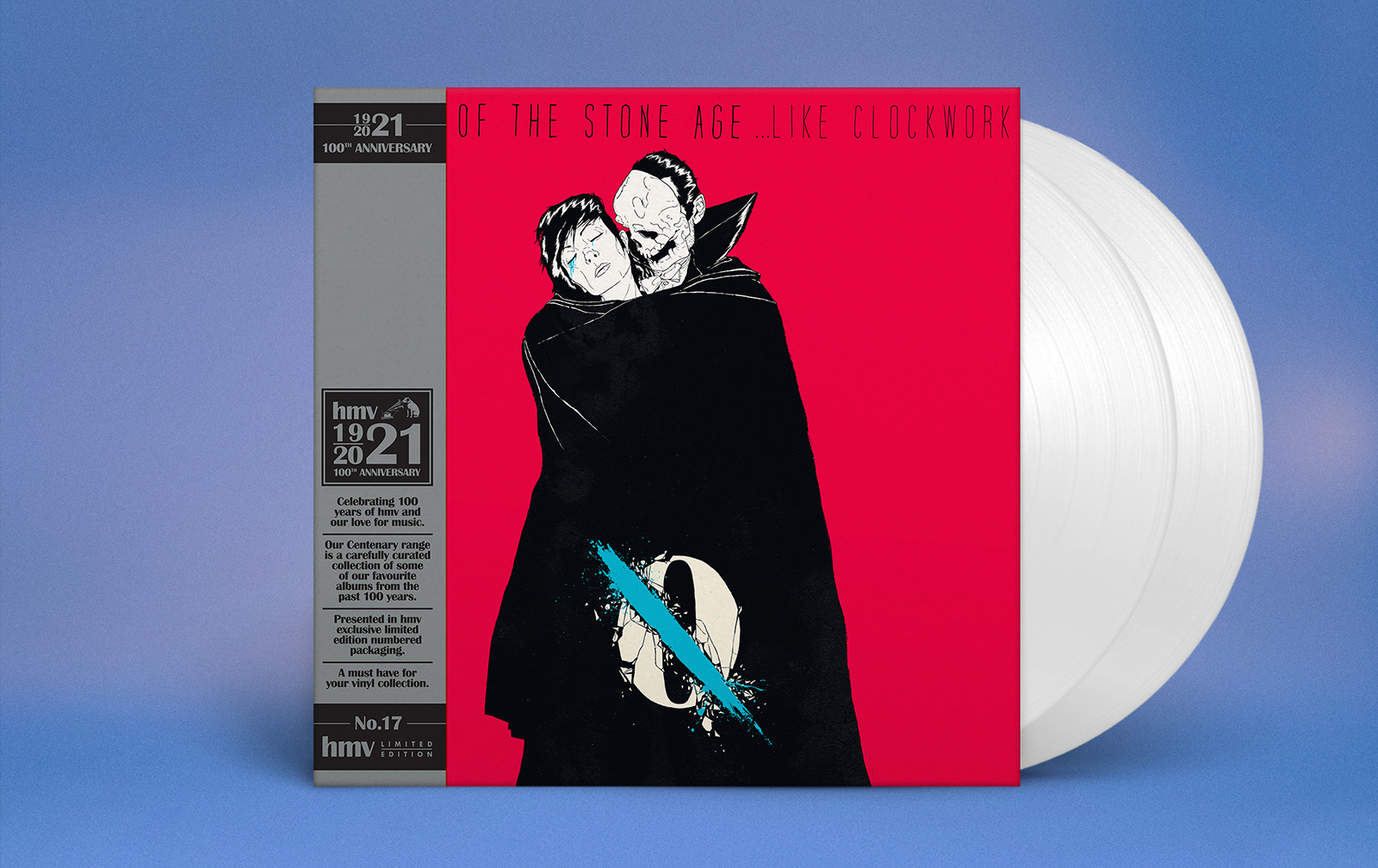 The Mercury Prize-winning debut from The xx was a slow-burn at first, but soon grew into a sleeper hit that saw them established as one of the most influential bands of he early 2010s, with several of its songs subsequently covered by the likes of Shakira, OMD and Gorillaz and the album’s co-creator, Jamie Smith, going on to produce a string of remixes for everyone from Radiohead to Adele.

Their debut returns to stores in July as part of our centenary line-up with a new and exclusive pressing limited to 1500 copies on glow-in-the-dark vinyl. 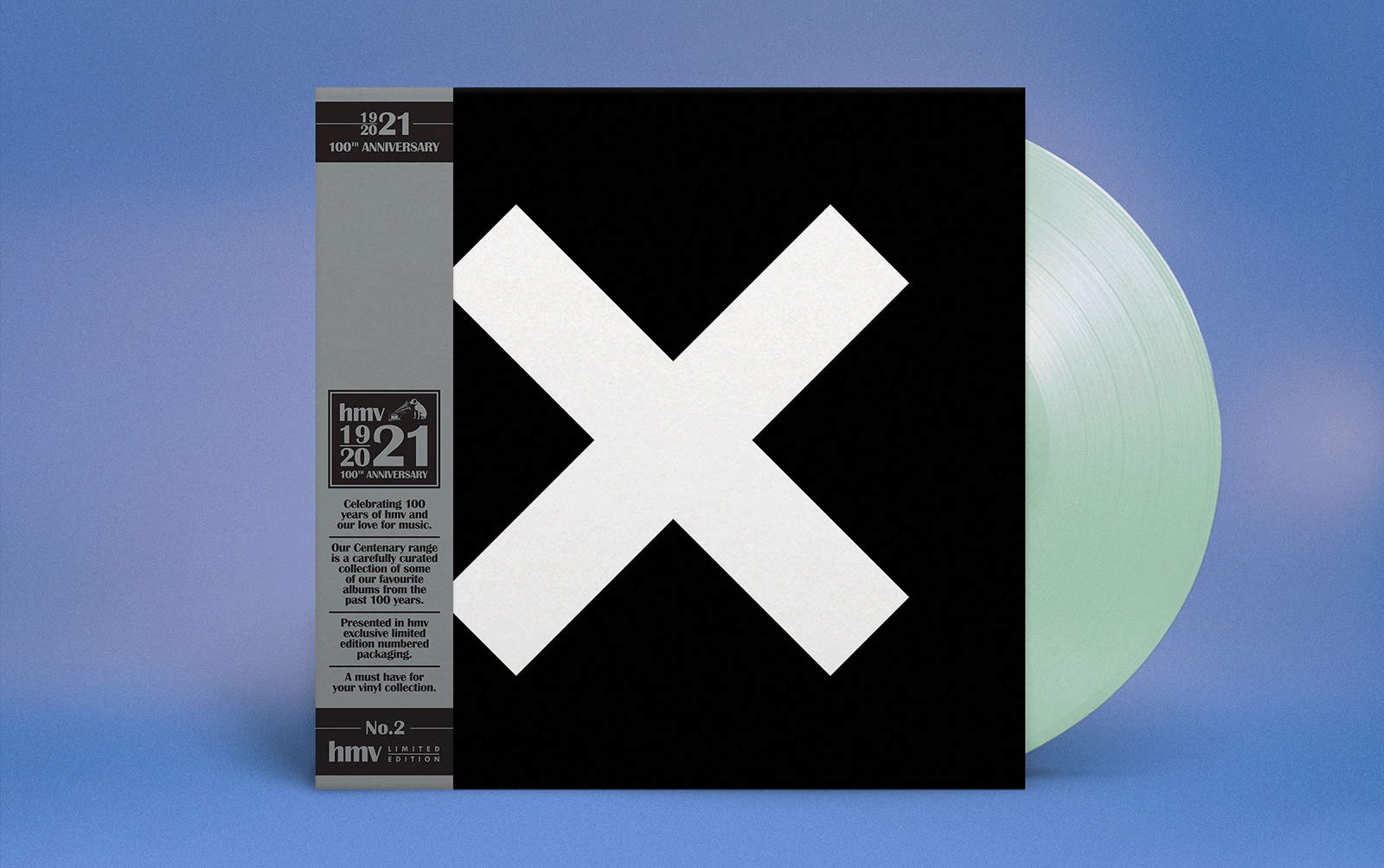 The eponymous debut album from the Stone Roses retains an almost biblical status among the band’s fans, but not without good reason; not only did the album mark the birth of the rock/dance crossover style that would evolve into the ‘Madchester’ scene, Stone Roses also helped to lay the foundations for the decade of British guitar bands that followed.

Featuring some of the band’s finest moments in songs such as ‘Waterfall’, ‘She Bangs the Drums’ and ‘I Am the Resurrection’, the album joins our list of hmv centenary exclusives with a new limited edition of 2000 copies pressed on lemon yellow vinyl. 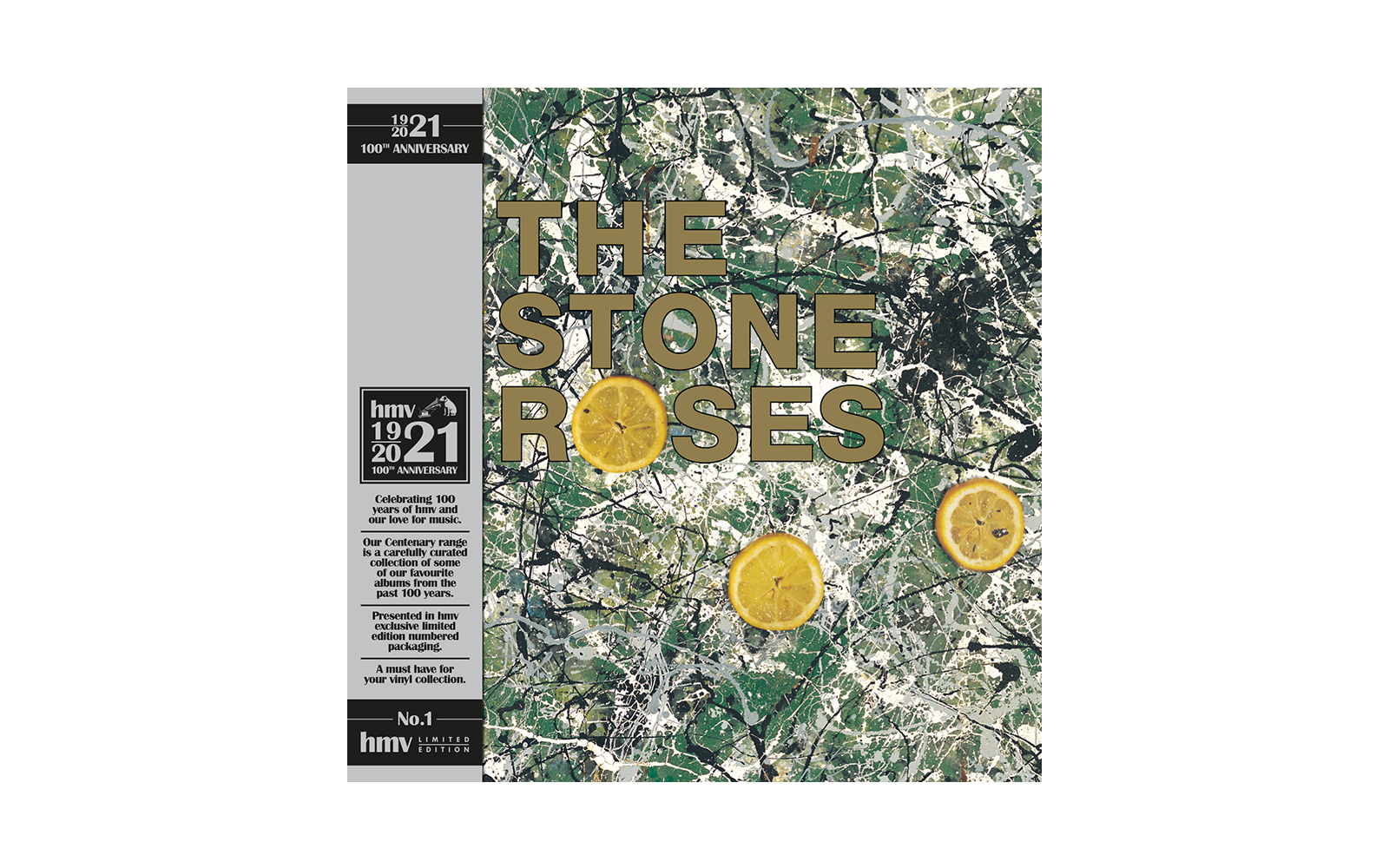 Prior to the release of Jagged Little Pill, Alanis Morrisette had already scored some success in her native Canada with a pair of dance-pop LPs that seem very far removed from the sound on her international breakthrough, but by 1995 the singer had ditched the drum machines in favour of loud guitars, angst-driven lyrics and huge, towering hooks that made Jagged Little Pill one of the decade’s most successful albums.

Packed with hits including ‘Ironic’, ‘Hand in My Pocket’ and the searing ‘You Oughta Know’, the album makes a return to stores for our centenary with a new pressing on red vinyl and limited to 1500 copies. 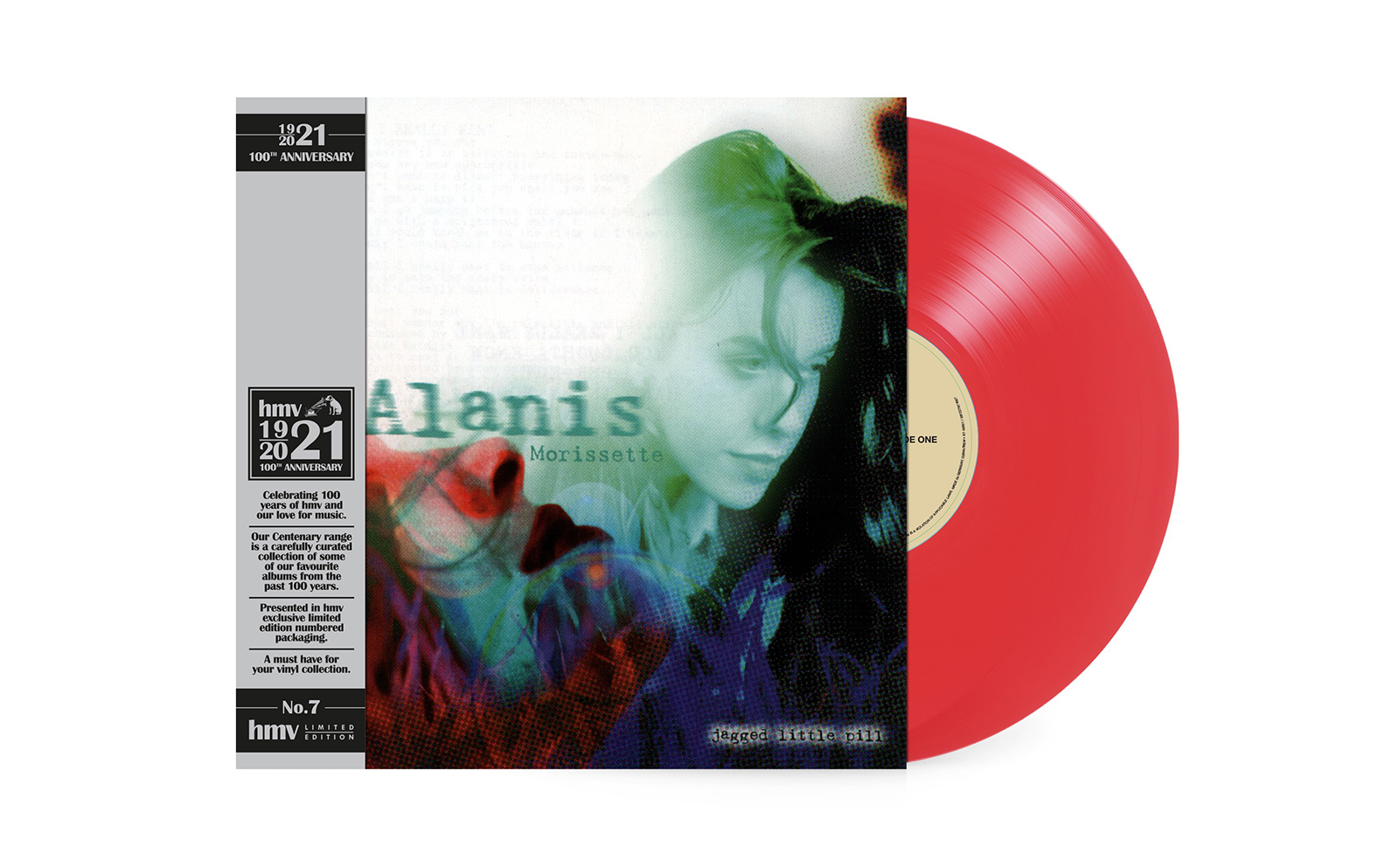 Few movie remakes manage to create the kind of impact as that managed by the originals, but all rules have exceptions and while David Cronenberg’s 1986 reworking contains a very different style of horror to the 1958 version, the visual effects and a stellar leading performance from Jeff Goldblum helped turn Cronenberg’s version of The Fly into a classic in its own right.

Its excellent soundtrack, composed by Howard Shore, returns to vinyl this month as part of our centenary line-up with a new and exclusive pressing limited to just 750 copies, on emerald green vinyl. 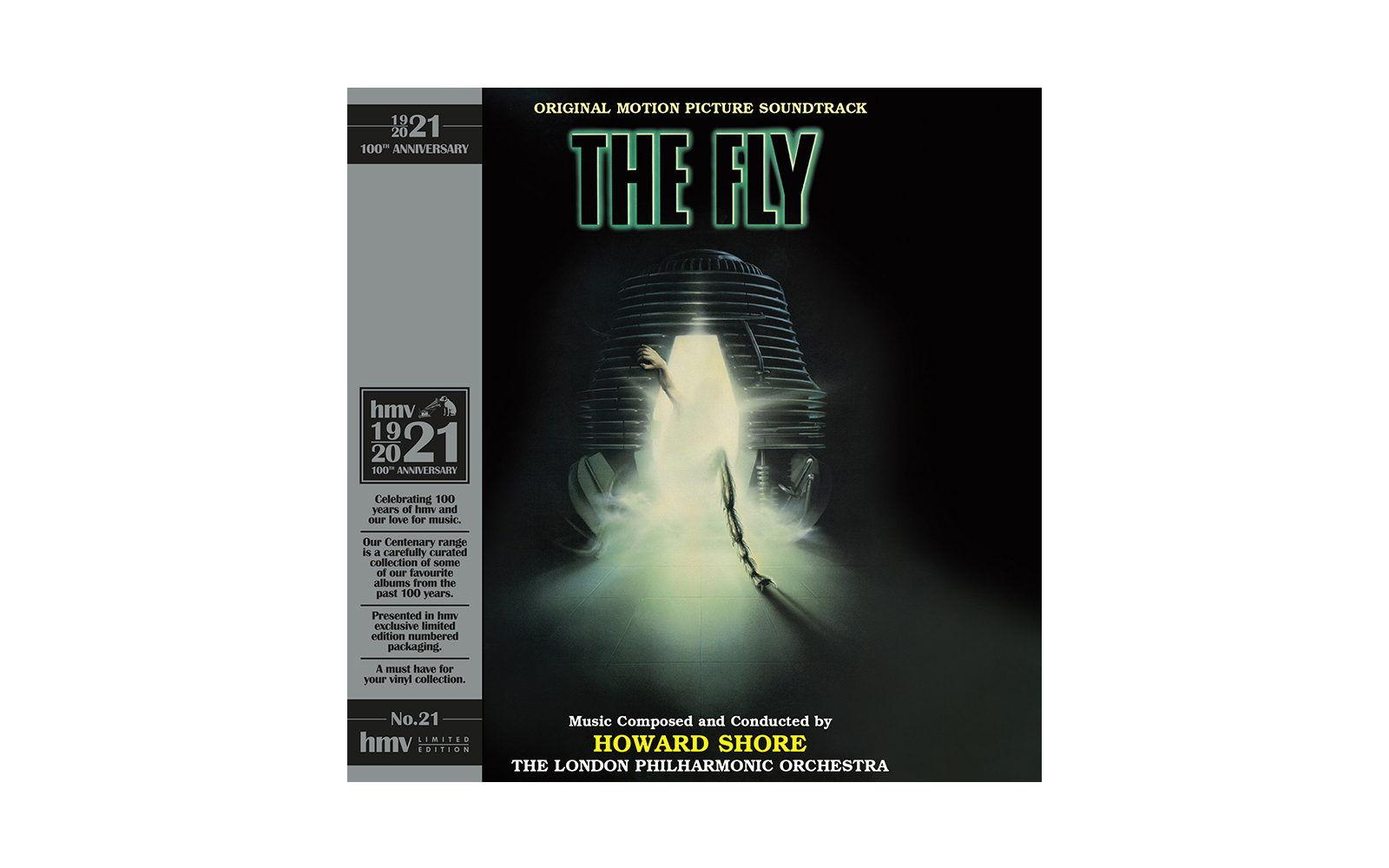 The 13th album from synth-pop pioneer Gary Numan first arrived in 1997 in a period of renewed critical appreciation for the artist that had begun with the album’s predecessor Sacrifice. Both albums saw a return to the unique songwriting style that had made him such a standout presence in the early 1980s, but here the sound is much darker and more atmospheric than what had come before, setting the tone for much of his output ever since.

Exile returns to stores on vinyl as part of our exclusive centenary line-up with a newly-pressed edition on silver vinyl and limited to just 600 copies. 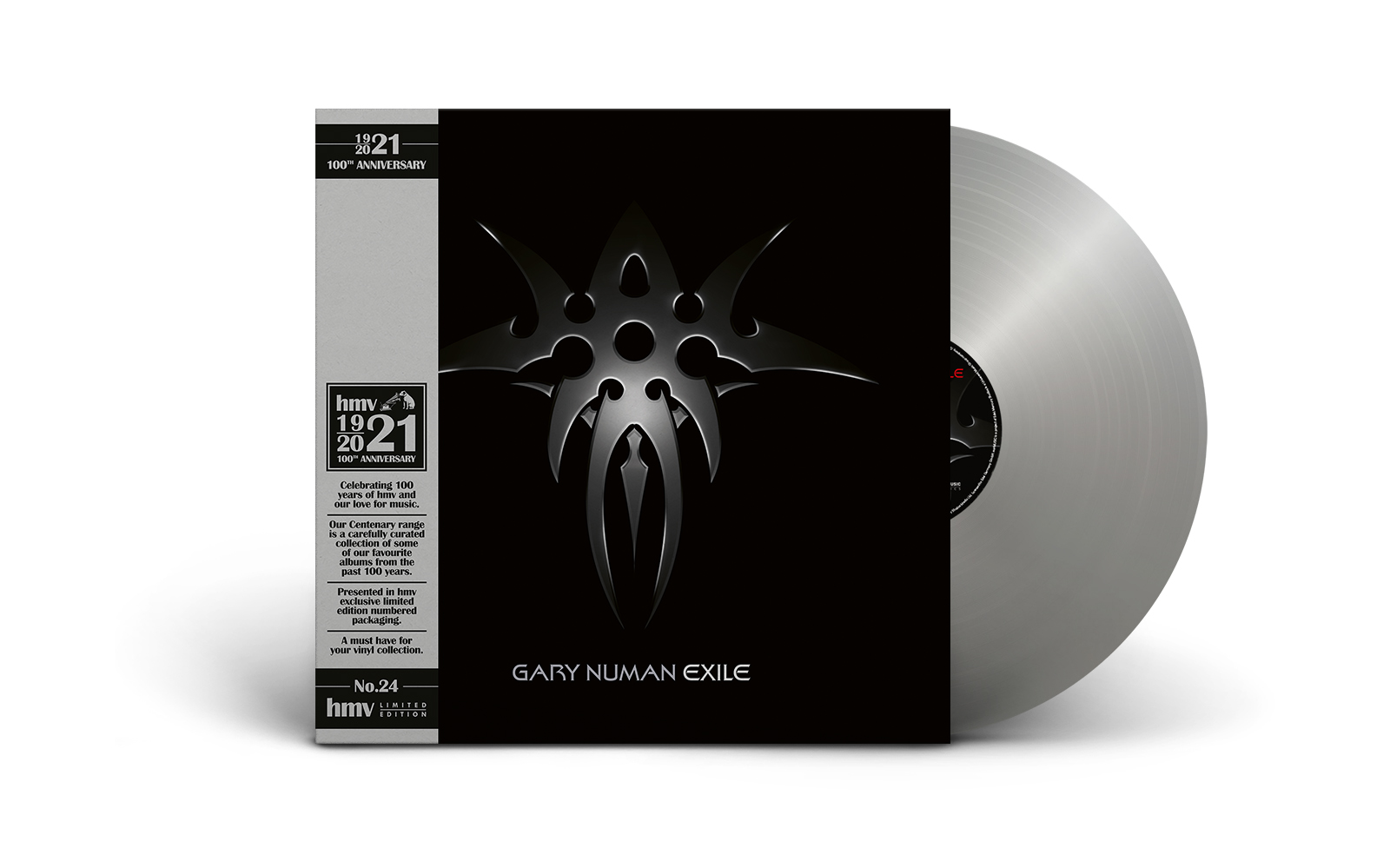 Queens of the Stone Age: Villains

The second entry into our centenary line-up from Josh Homme and co., Villains is the seventh (and to date most recent) album by Queens of the Stone Age and continued the return to form featured on its predecessor …Like Clockwork, with a solidified line-up that now included Jon Theodore as a permanent member alongside Homme, Troy Van Leeuwen, Dean Fertita and Michael “Mikey Shoes” Shuman.

In contrast to …Like Clockwork, however, Villains features no guest contributors, with the only creative assistance from outside coming in the form of producer Mark Ronson.

Our centenary edition of the album arrives alongside all the others in stores on July 24, pressed onto transparent yellow vinyl and limited to only 750 copies. 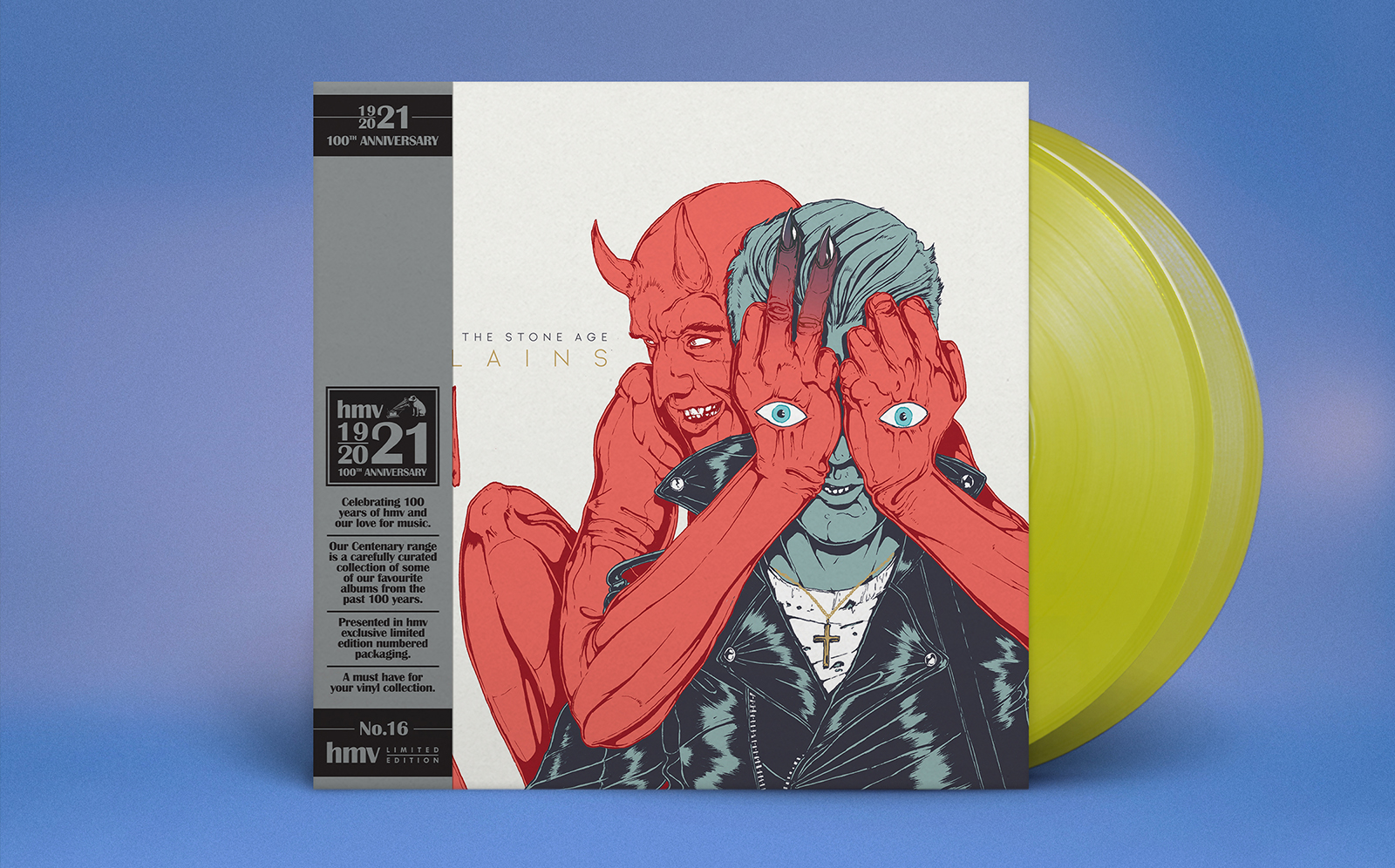 Idles: Joy As an Act of Resistance

Although the debut from Bristol rock outfit Idles arrived a year earlier in the form of 2017’s Brutalism, it was their second full-length offering Joy As an Act of Resistance that saw the band earn their first commercial success, as well as a Mercury Prize nomination and a Kerrang! Award for Best British Breakthrough Act.

Featuring 12 tracks including ‘Danny Nedelko’ and the superbly-titled ‘Never Fight a Man with a Perm’, the band’s second album joins our list of exclusive centenary editions with a new and exclusive pressing on magenta vinyl, limited to 1000 copies. 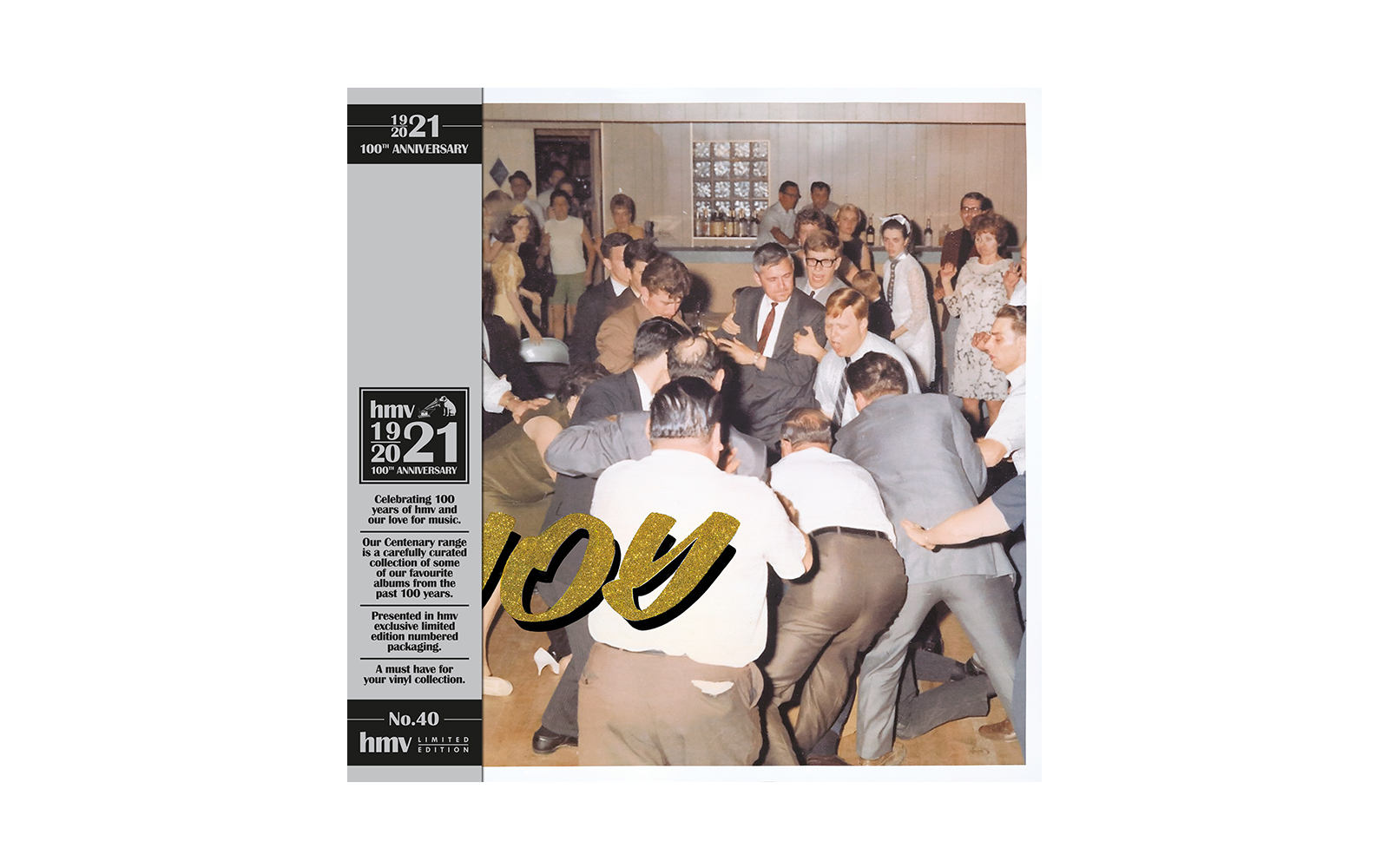 Uriah Heep: Look At Yourself

Celebrating its 50th anniversary this year, the third album from prog-rockers Uriah Heep is still regarded by many of their fans – along with its follow-up Demons & Wizards - as one of their finest moments. Featuring a line-up that included Mick Box, David Byron, Ken Hensley, Paul Newton and Iain Clark, two of the albums tracks also feature some extra Moog synthesizer work courtesy of one Manfred Mann.

The album joins our centenary line-up in July with a new and exclusive version pressed onto clear vinyl and limited to 1000 copies. 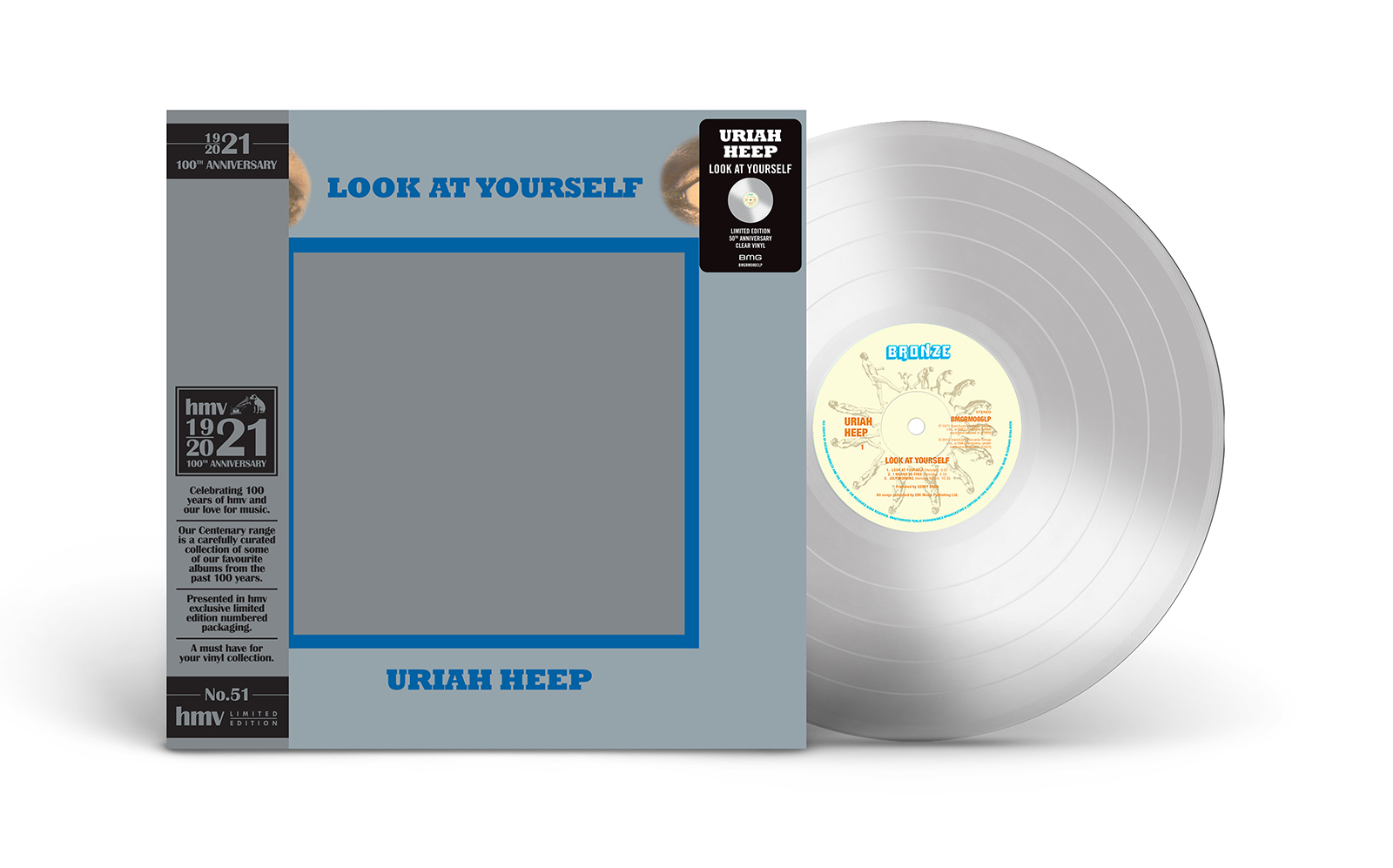 Make sure you don't miss out on all the latest exclusive vinyl announcements - sign up here!

"It's groovy and uplifting. Sometimes the lyrics are dark but there is always hope and positivity...” - hmv.com talks to James

Sharleen Spiteri talks Texas's new album Hi, an LP inspired by a dig through the vaults...