It's that time of year again and in just a few short weeks we will once again be launching hmv Vinyl Week, with loads of discounts available on a huge range of vinyl and some very special exclusive titles available only in hmv stores.

hmv Vinyl Week begins on June 8th, when you'll be able to get your hands on some of the best-selling and best-loved albums on vinyl at great prices in our stores and online, but today we can reveal the first four exclusive titles, available in-store only and due to arrive on Saturday June 16th: 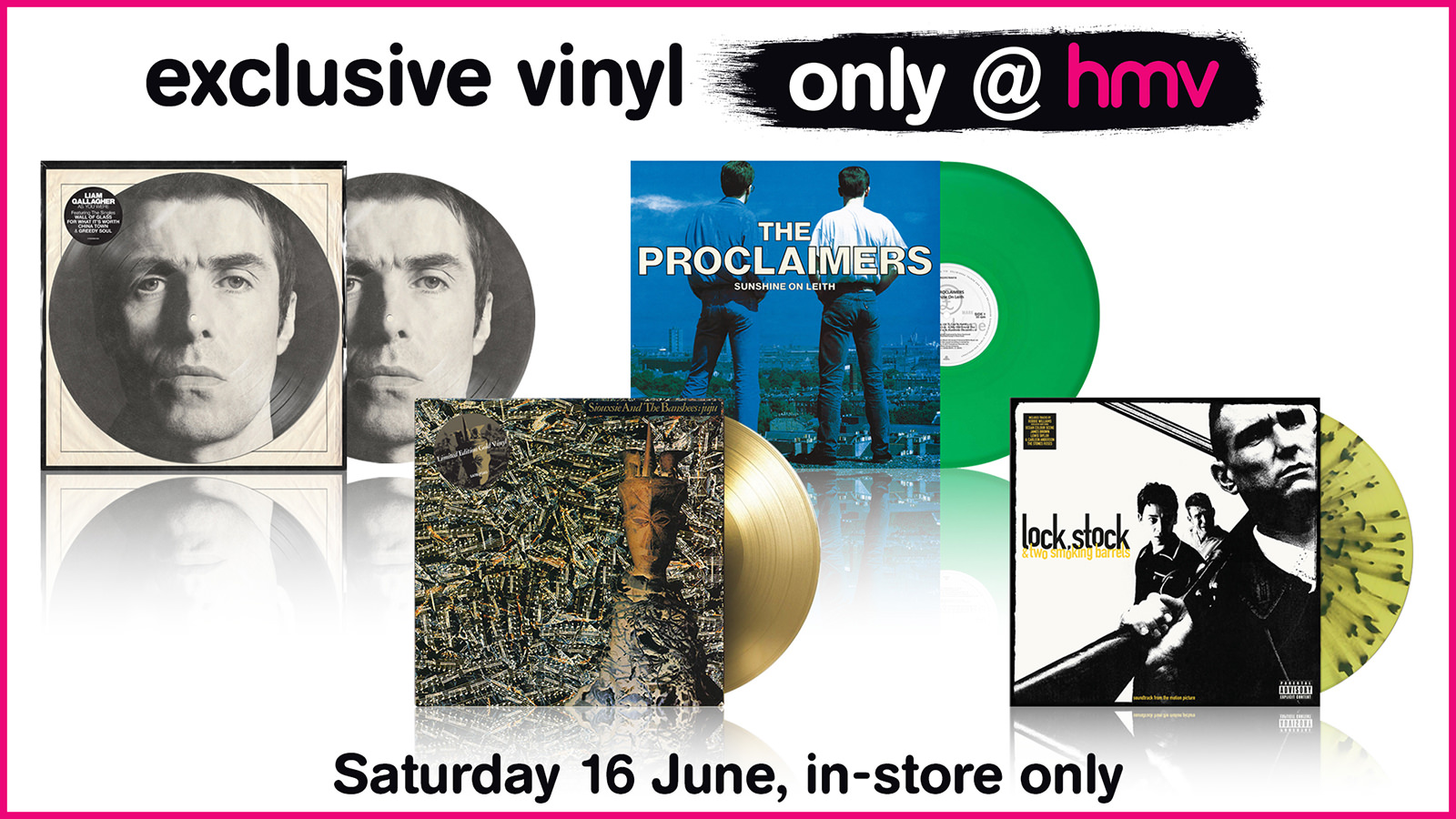 The former Oasis frontman released his debut album As You Were in October last year and the album will be available as a picture disc for the first time when our exclusive arrives in stores on June 16th.

First released in 1981, the fourth album from Siouxsie and the Banshees remains one of their finest and includes hits such as 'Spellbound' and 'Arabian Knights'. Our exclusive edition is pressed onto stunning gold vinyl and limited to just 1000 copies.

Scottish duo The Proclaimers released their second studio album in 1988 and Sunshine on Leith and with hits like '500 Miles' it remains their most popular album to date. While the album has released on vinyl before, this is the first time Sunshine on Leith has been available on green wax and our exclusive vinyl is limited to just 500 copies.

As one of the most well-known British films of the 1990s and the film that launched the career of director Guy Ritchie, Lock, Stock & Two Smoking Barrels needs little introduction and its soundtrack is one of the decade's most iconic, but on June 16th you'll be able to get your hands on this exlusive vinyl edition on yellow & black splatter vinyl.

More exclusive titles will be revealed in the coming weeks, until then you can take a look at the Liam Gallagher picture disc coming fresh off the production line in the video below...

Want to first to hear about the exclusve vinyl announcements? Sign-up here and you'll be the first to know!

Liam Gallagher's As You Were: What You Need To Know

"I think there will be a lot of changes in these islands over the next 10 or 20 years..." hmv.com talks to The Proclaimers