There are now just a few days to go until hmv Vinyl Week kicks off in stores, with loads of discounts available on a huge range of vinyl and some very special exclusive titles available only in hmv stores.

hmv Vinyl Week begins on June 8th, when you'll be able to get your hands on some of the best-selling and best-loved albums on vinyl at great prices in our stores and online, but today we can reveal the final list of exclusive titles, available in-store only and due to arrive on Saturday June 16th: 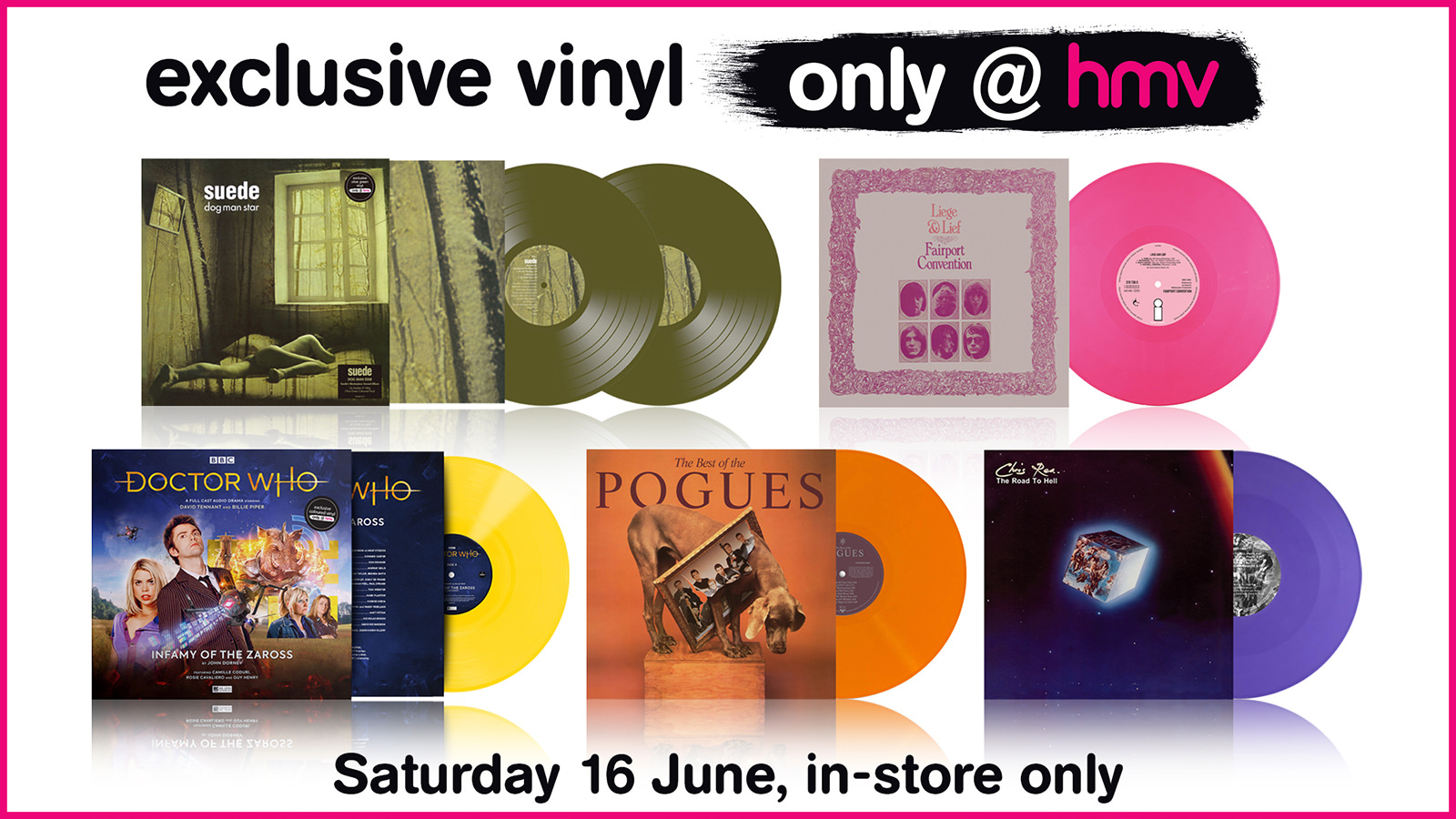 Part of the Tenth Doctor Adventures, this Doctor Who story features the voices of David Tennant and Billie Piper as the Doctor and his companion Rose battle an alien invasion.  The adventure is brought to life on bright yellow vinyl and is limited to just 750 copies.

The second album from Suede and the last to feature guitarist Bernard Butler, Dog Man Star arrived in 1994 followed the band's hugely successful eponymous debut album. This exclusive 2LP edition is pressed onto olive-coloured vinyl and limited to just 1000 copies.

Later this year The Pogues are set to reissue their greatest hits compilation on vinyl, but as part of hmv Vinyl Week not only will you be able to get your hands on a copy before anyone else, we also have an extremely limited run of the album presssed onto beautiful orange vinyl.

First released in 1969, Liege & Lief is the fourth album from folk-rock group Fairport Convention and the last of the band's albums to feature vocalist Sandy Denny, who departed the band before the album even hit the shelves. This very limited edition of 500 copies in pressed onto 'Island pink' vinyl and arrives in stores on June 16th.

Undoubtedly Chris Rea's most well-known album, Road to Hell is coming to hmv stores in the form of this extremely limited edition pressed onto stunning purple vinyl.

The list of hmv Vinyl Week exclusives in full...

For more vinyl-related news and features check out our vinyl homepage...