hmv Vinyl Week 2019 is finally here and since launching at the weekend our stores have been packed with vinyl collectors looking to get their hands on some bargains, with hundreds of LPs on offer as part of our Vinyl Week sale, but this weekend it's the big one, with all of our exclusive Vinyl Week titles heading into hmv stores across the UK on Saturday June 15th.

With just a few days to go until our exclusives hit the shelves, we can now reveal the final batch of exclusive LPs coming to hmv Vinyl Week this year, with The Stooges, U2, 50 Cent and The Rolling Stones all joining the list of limited edition vinyl albums heading to your local hmv this Saturday.

Although righty considered a classic these days, when the eponymous debut album by The Stooges was first released in 1969 it was anything but an instant hit. The album was rejected twice by their label before finally being released, and when it finally hit the shelves it was almost universally panned by critics. In retrospect, it's obvious that The Stooges were years ahead of their time; punk was still the best part of the decade away, but the raw energy of tracks like 'I Wanna Be Your Dog' and 'No Fun' had more in common with the likes of The Ramones than most of their peers at the time.

The album has since become recognised as one of the most influential of its era and has been reissued numerous times, but a new limited edition version of the album pressed onto white vinyl heading exclusively into hmv stores for Vinyl Week.

(UPDATE: Please note that due to a supplier error, this title will be available in stores on Monday June 17th) 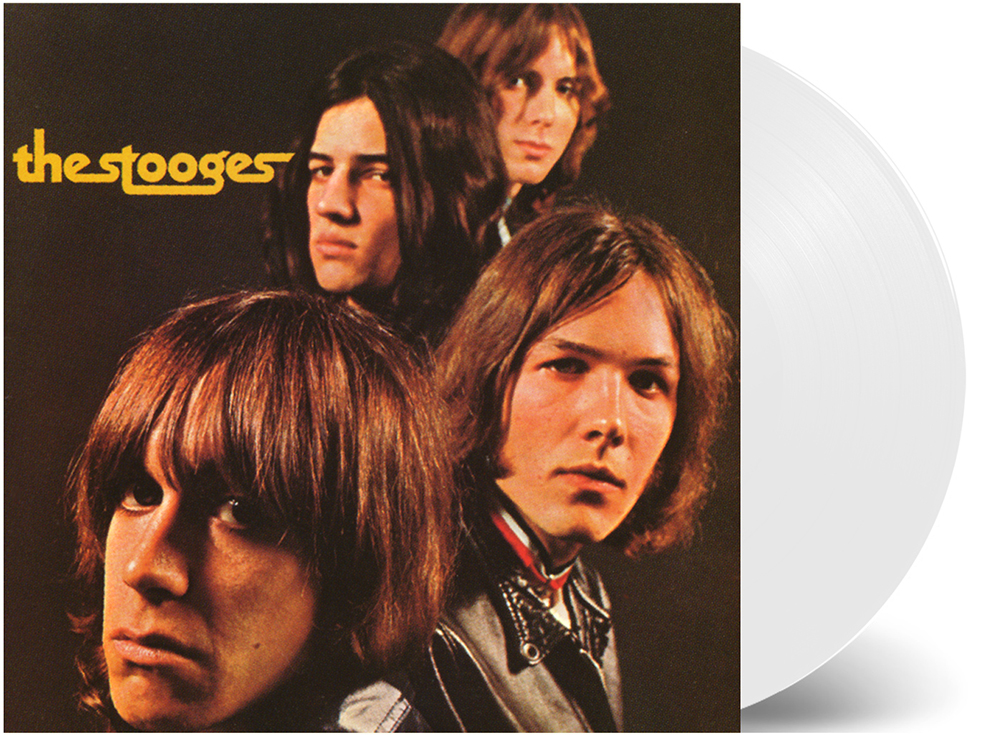 The Verve – A Northern Soul

After the spacey, psychedelic rock of their debut LP A Storm in Heaven, The Verve's second album A Northern Soul finds the band's sound in transition, somewhere in between the ethereal, dreamlike experimentation of their debut and the more structured, anthemic songs that would see them break into the mainstream on their third LP Urban Hymns.

First released in 1995, A Northern Soul is one of our Vinyl Week exclusives this year, with a limited edition version pressed onto silver vinyl arriving in hmv stores on June 15th. 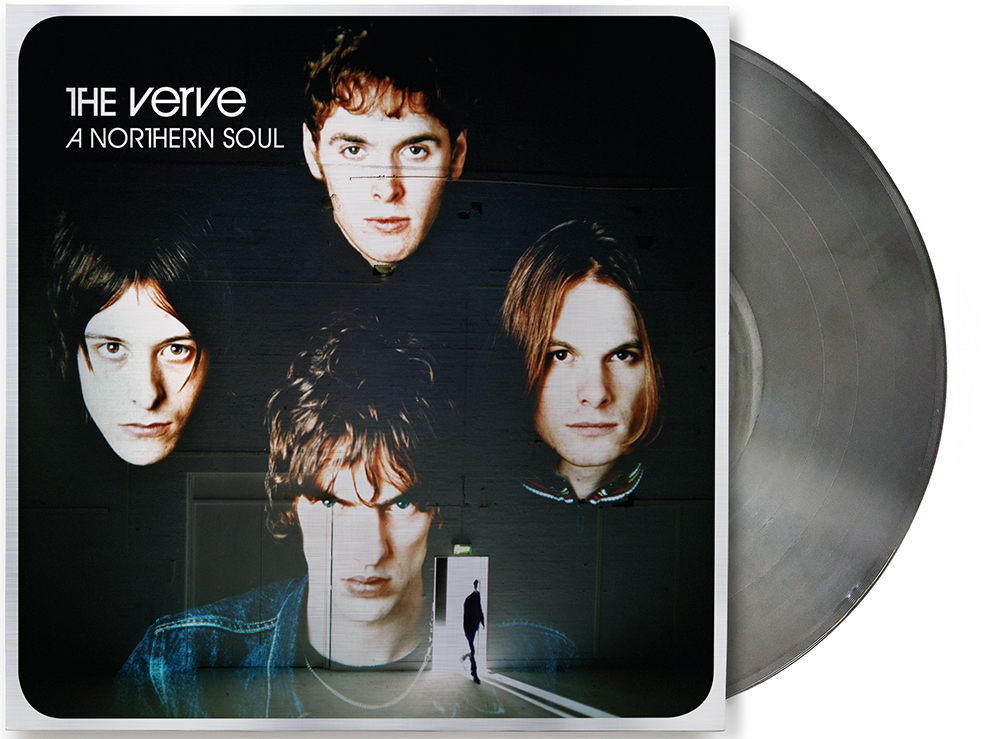 Thin Lizzy's sixth album Jailbreak had been something of a commercial breakthrough for the band, yielding their best-known hit in 'The Boys Are Back In Town' and bringing the band their first real success in America. Unfortunately, due to frontman Phil Lynott contracting hepatitis, the band weren't able to fully capitalise on their success and most of the songs featured on its follow-up, Johnny the Fox, were written by Lynott in a hospital bed.

Despite this, the album still yielded one of their biggest hits in the shuffling groove of 'Don't Believe A Word'. The band's seventh full-length offering is one of the exclusive titles heading into stores for Vinyl Week, with a special edition of the LP pressed onto brown vinyl and limited to just 750 copies. 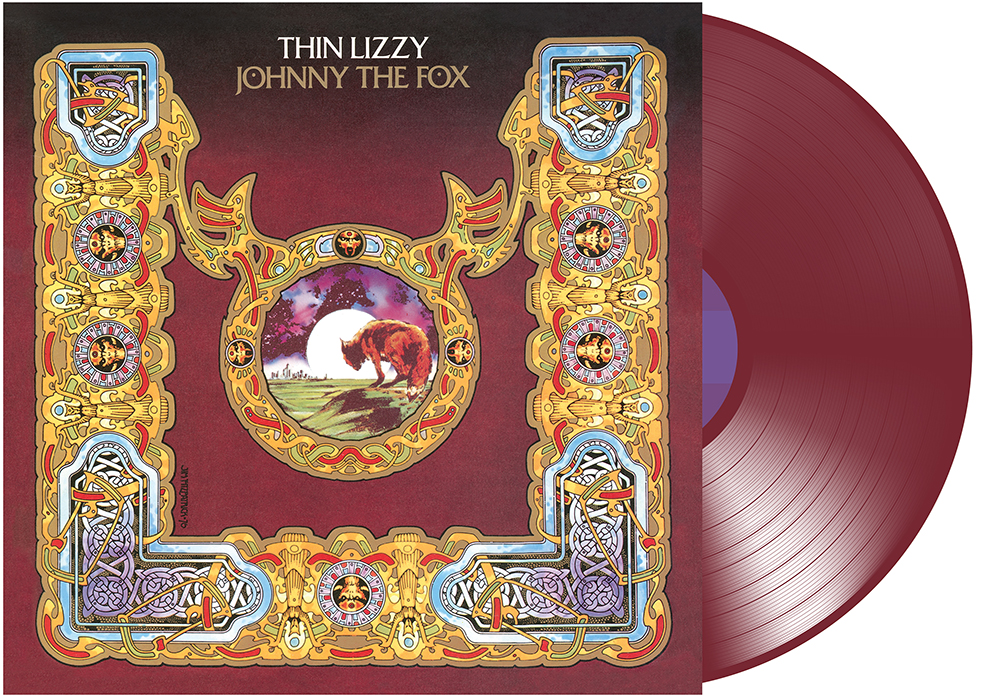 Various Artists – Sun Records: The Blues Came Down from Memphis

Sun Records holds a unique place in the history of popular music as the launchpad for a string of artists such as Elvis Presley, Roy Orbison and Johnny Cash, but before its role in the birth of rock 'n' roll, founder Sam Perkins had built the label around his love for the blues, primarily focussing on African-American musicians.

A new compilation from Sun's early years arrived in March this year and a special limited edition version is heading into hmv stores for this year's Vinyl Week. Featuring tracks by the likes of Willie Nix, Doctor Ross and Rufus Thomas, our exclusive version of the LP is limited to just 500 copies and pressed onto blue vinyl. 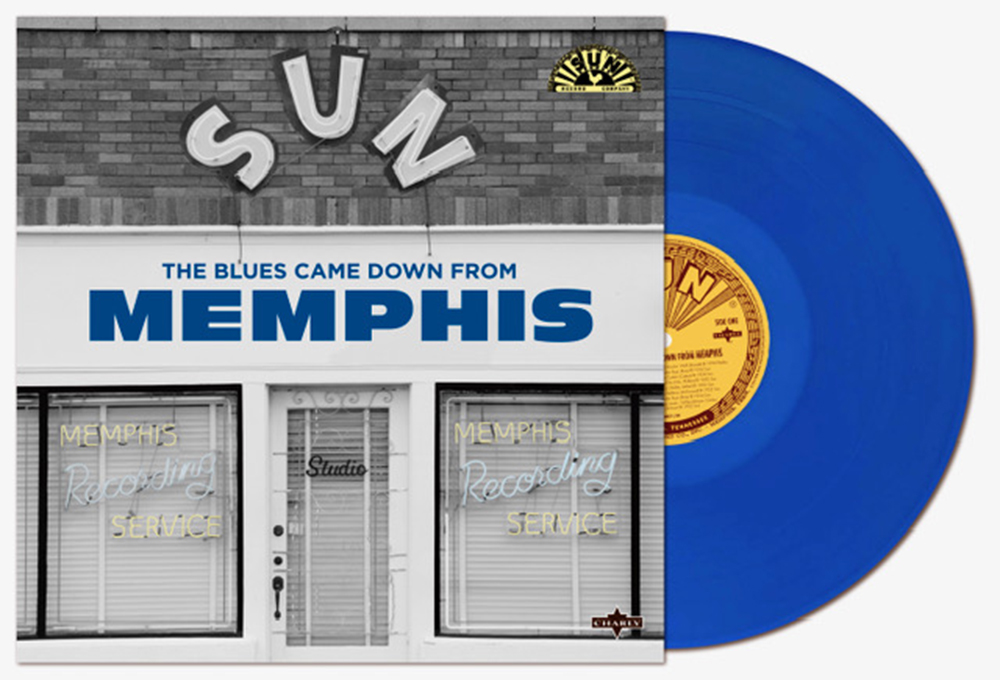 Recorded over two dates in Hyde Park in 2013 as part of their '50 and Counting' tour, this live album first emerged shortly afterwards along with a concert film featuring highlights from the two shows. With a hit-packed setlist that includes all their best-loved tunes from 'Jumping Jack Flash' to 'Wild Horses', the live album spans 3 LPs and is set to join our list of Vinyl Week exclusives in hmv store on June 15th.

Our exclusive edition of the band's 2013 live album is pressed onto red vinyl and limited to 1000 copies. 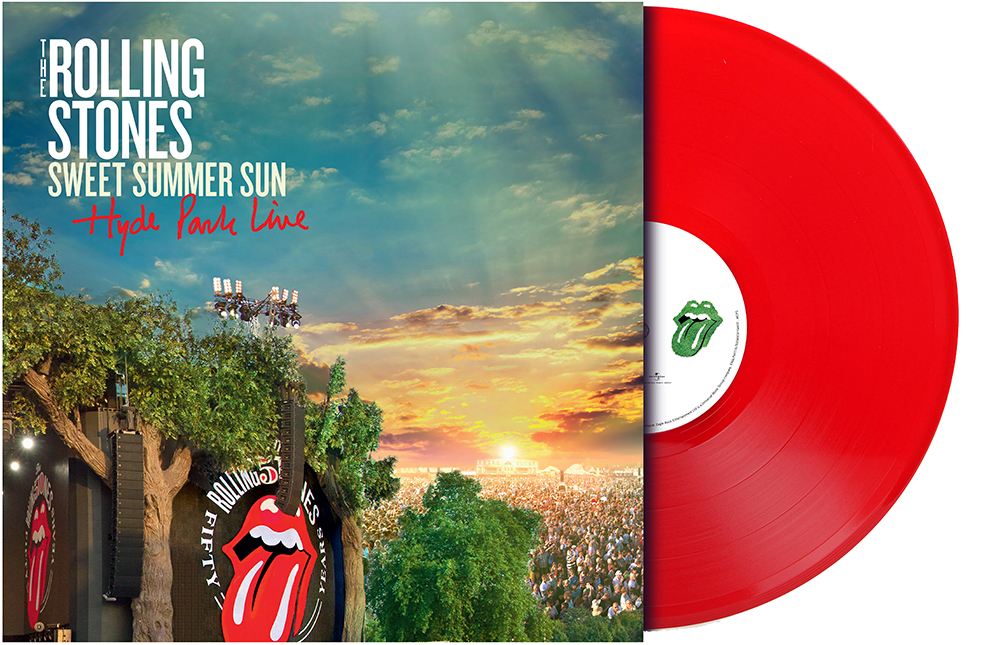 She-Zam! World of 60s Power Girls is a brand new compilation from Decca as the label celebrates its 90th birthday, including hits from a range of female solo artists signed to the label's roster in the 1960s such as Lulu, Marianne Faithful, Olivia Newton-John and Dana Gillespie, among many, many more.

The compilation is a new arrival for hmv Vinyl Week and an excusive edition pressed onto yellow vinyl will be winging its way into stores along with all the other Vinyl Week exclusives on June 16th. 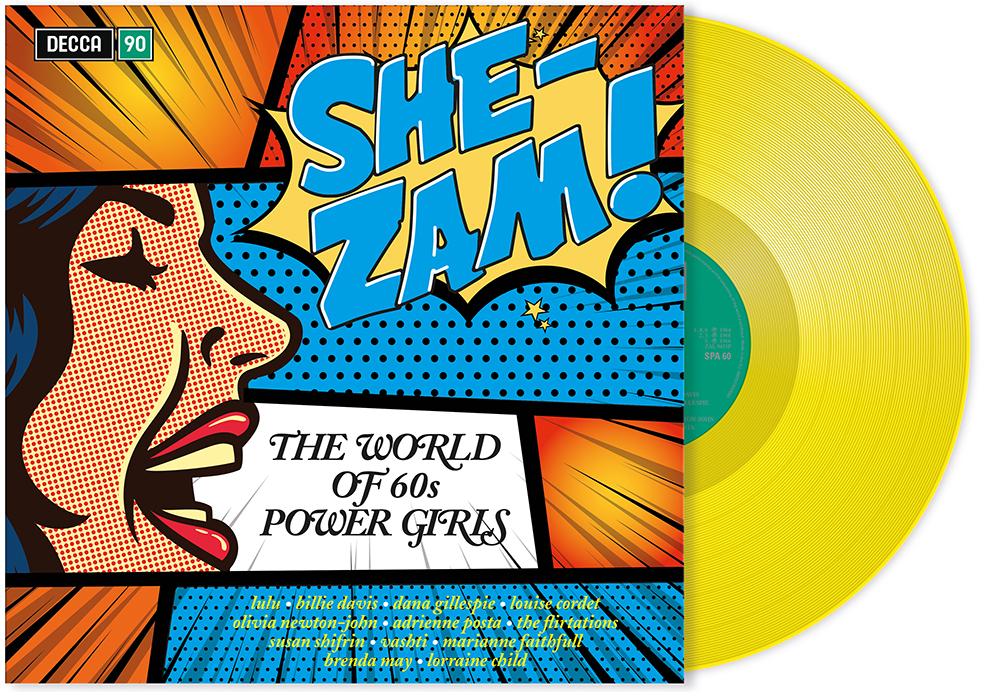 First released in 2003, this greatest hits collection from alt-rock legends R.E.M. covers the 15 year period that the band were signed to Warner Bros., beginning with their 1988 album Green and culminating in their 2001 LP Reveal, with a couple of added extras thrown in for good measure in the form of 'The Great Beyond', written for the soundtrack of Andy Kaufman biopic Man in the Moon, and 'All The Right Friends', which the band wrote as a contribution to the soundtrack of Cameron Crowe's 2001 film Vanilla Sky.

In Time was reissued on vinyl in April this year, but a special limited edition version pressed onto blue vinyl will be joining our range of exclusive Vinyl Week titles in hmv stores on June 15th. 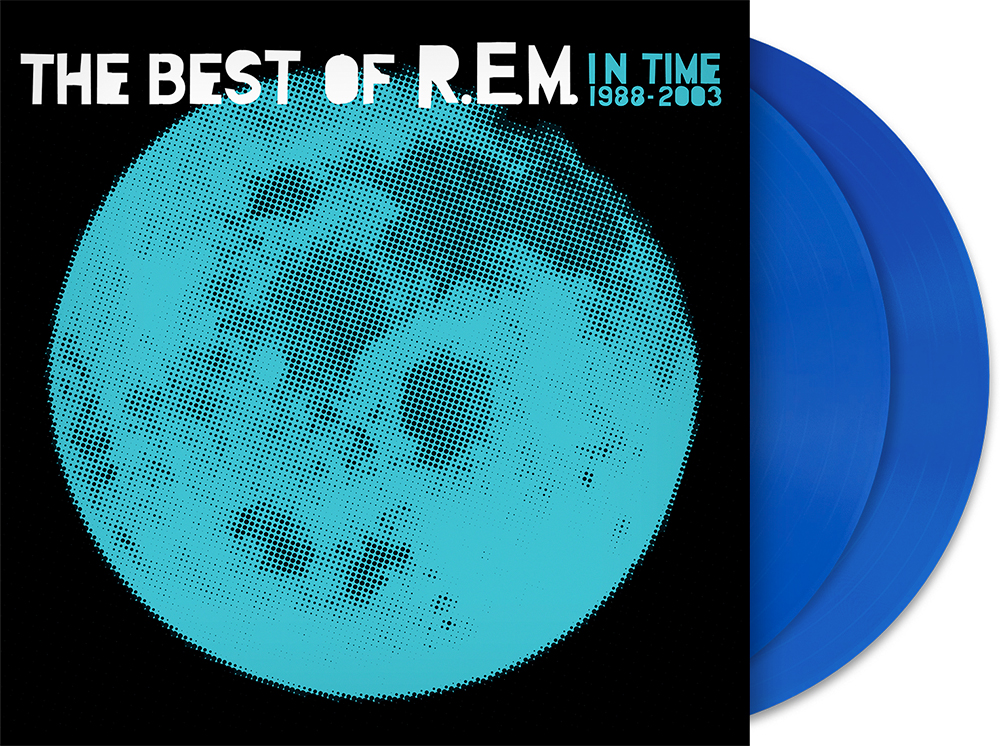 Avid fans of David Bowie might not need telling just how much of an important role Spiders From Mars guitarist Mick Ronson played in Bowie's success, but for anyone unaware of Ronson's crucial role during the Ziggy Stardust years, Jon Brewer's new documentary on the subject is an excellent primer.

Beside Bowie: The Mick Ronson Story arrived earlier this year and, as you might expect from a doc covering David Bowie's music, the soundtrack is superb. A special limited edition of the Beside Bowie soundtrack pressed onto yellow vinyl is one of this year's exclusive titles heading to hmv stores for Vinyl Week. 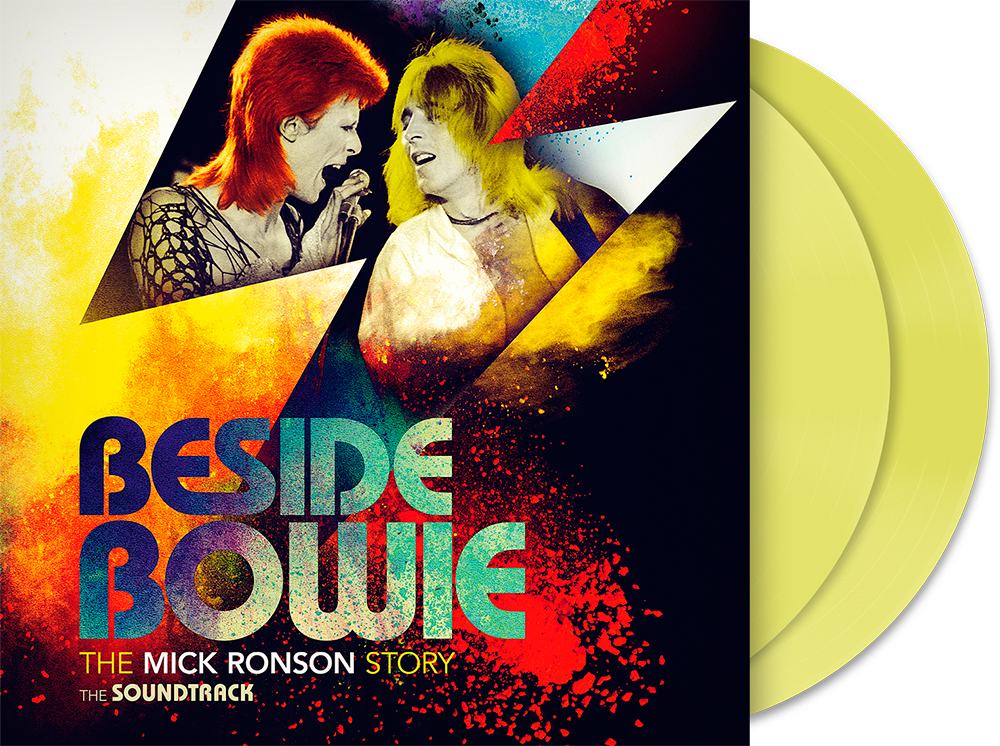 First released in 2003, the debut album from Curtis Jackson – better known to most as rapper 50 Cent – announced the arrival of Dr. Dre's latest protege in style with instant chart success, the album shooting straight to the top of the Billboard 200 in the U.S. despite being released a week ahead of schedule to combat leaks and bootlegging.

The album was helped in its trajectory by the album's huge single 'In da Club', which became an omnipresent on nightclub dancefloors everywhere for months on end. A very limited edition of the LP is seyt to land in stores along with the other Vinyl Week exclusives on Saturday June, with just 500 copies of the LP pressed onto transparent vinyl and scattered across our stores around the UK. 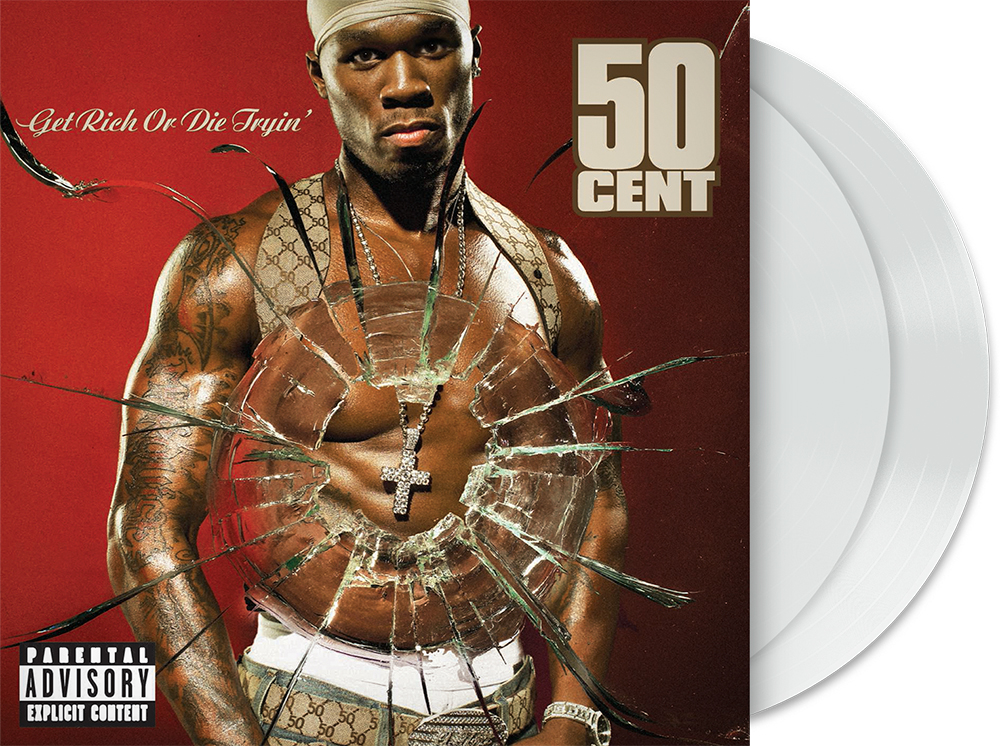 U2 – The Unforgettable Fire

U2's fourth full-length offering was their first without Steve Lilywhite, who had produced all three of the band's previous albums, and their first collaboration with the production duo of Brian Eno and Daniel Lanois, with whom the band would go onto record two of their most successful albums, The Joshua Tree and Achtung Baby. The Unforgettable Fire finds the band in transition, still growing into the trademark sound they would perfect on The Joshua Tree, but there are audible hints towards their trajectory, particularly on 'Pride (In the Name of Love)', their biggest hit at the time.

The band have recently unveiled limited edition reissues of both this and their 2004 LP How To Dismantle an Atomic Bomb, both pressed onto coloured vinyl and only available on the high street at hmv. The Unforgettable Fire is limited to 1000 copies and pressed onto red wine-coloured vinyl. 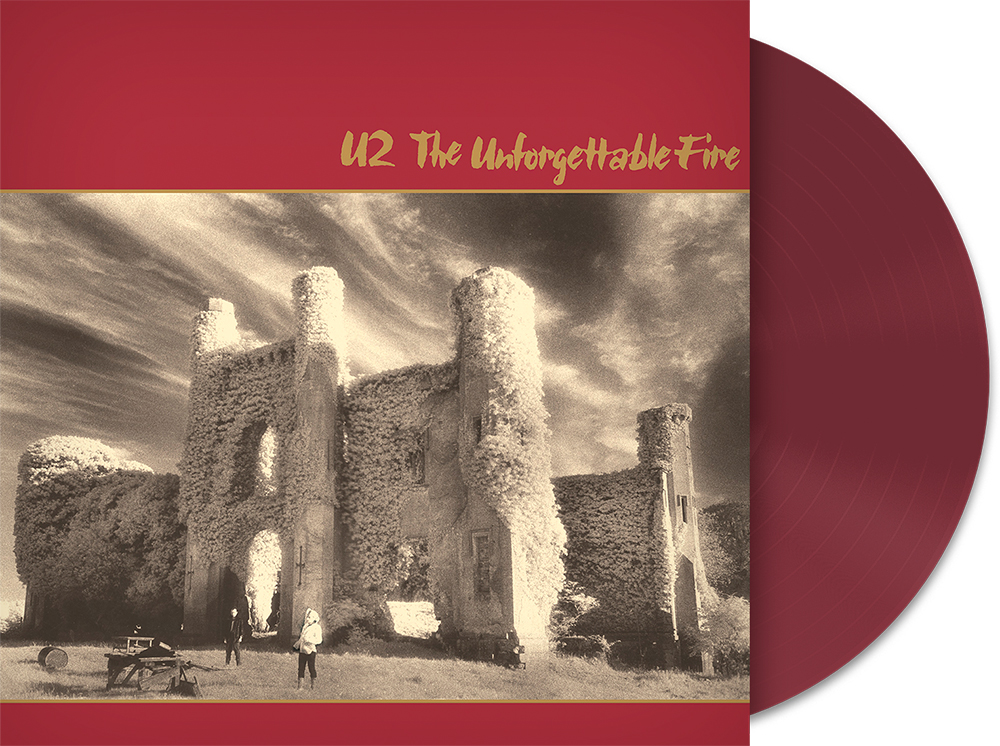 U2 – How To Dismantle an Atomic Bomb

U2 went into the studio to record their 11th album with the intention of creating a much more hard-hitting rock sound than the one exhibited on their previous LP All That You Can't Leave Behind, something closer to the sound of the band's earlier years. To do this they appointed Steve Lilywhite as the album's lead producer, the first time they'd done so since the band's 1983 album War (although Lilywhite had made contributions to the Eno/Lanois produced albums of the 1990s). The result was a more hard-edged incarnation of U2 which produced two chart-topping singles in 'Vertigo' and 'Sometimes You Can't Make It On Your Own', marking the band's first pair of consecutive Number One hits.

The album is the second of two U2 LPs joining our list of Vinyl Week exclusives this year, with a limited edition version pressed onto red vinyl heading into your local hmv on June 15th. 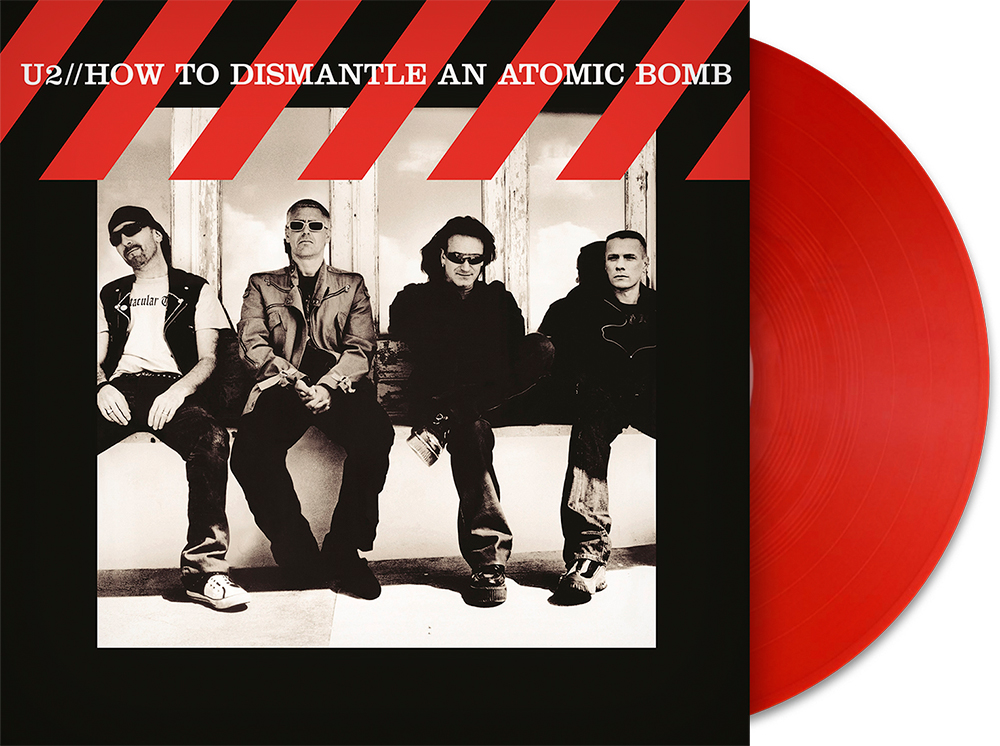