hmv Vinyl Week edges ever closer and with less than two weeks until a range of exclusive vinyl treats is set to land in our stores, we can now reveal the second batch of excluisve titles coming to your local hmv store on Saturday 15th June.

Classics from N.W.A., Funkadelic, Suede and Curtis Mayfield are amongst the newly unveiled albums joining our list of exclusive vinyl LPs this year. Check out the next batch below...

With a 40th anniversary edition of their 1979 album Voulez-Vous arriving this month and the band teasing new music later this year, 2019 is shaping up to be quite a year for ABBA fans as it is, but now there's even more to get excited about as a special limited edition version of their greatest hits collection Gold is heading to hmv stores for Vinyl Week!

The Swedish pop legends will be sending us an exclusive limited edition of their Greatest Hits compilation as a 2LP set pressed onto gold vinyl, which is set to make its arrival in stores along with all the other Vinyl Week exclusives on Saturday June 15th. 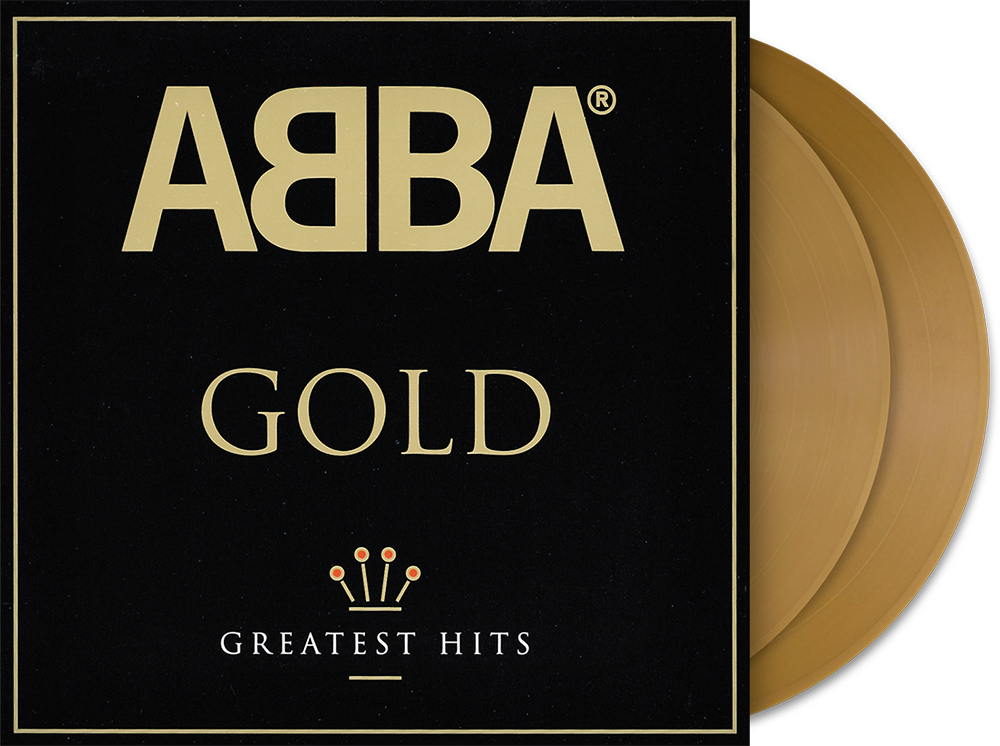 The sixth album from British alt-punks Siouxsie and The Banshees holds the distinction of being their only LP co-written and recorded with The Cure frontman Robert Smith, who adds guitars and keyboards to the record. His influence is particularly apparent on opener 'Dazzle' and the superb 'Swimming Horses', helping to make Hyæna one of the band's most distinctive albums.

The album benefitted from Abbey Road's half-speed mastering process last year and a new version of the remastered LP is one of many exclusives heading into hmv stores for Vinyl Week, with a limited run of 1000 copies pressed onto stunning purple, black and white splatter vinyl. 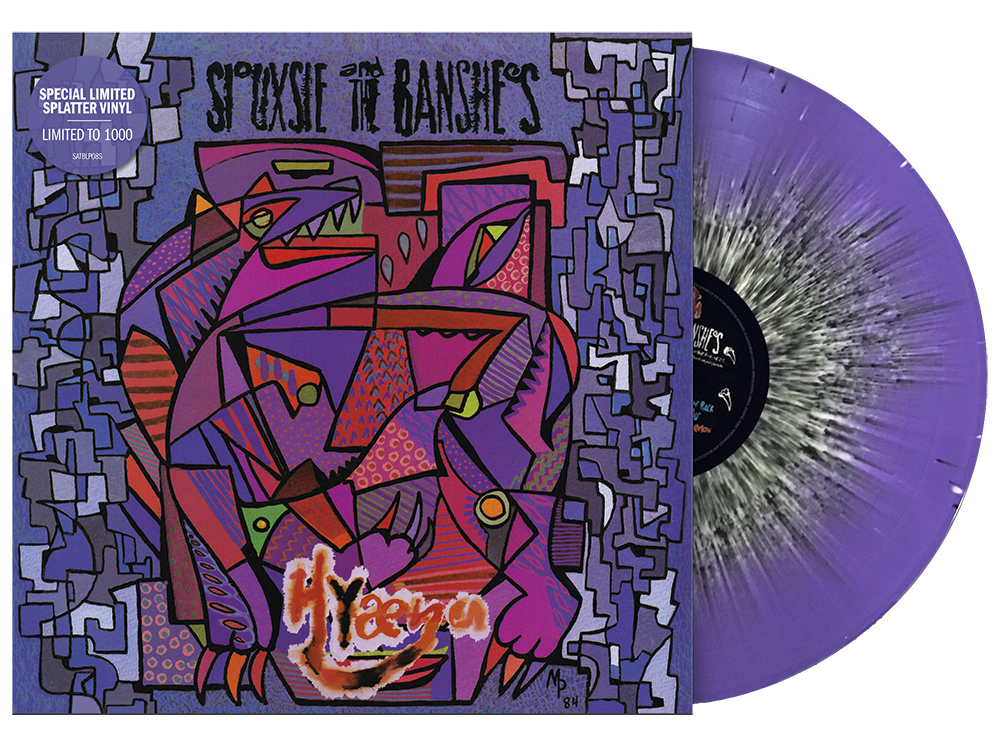 N.W.A.'s debut album not only launched the careers of Dr. Dre, Ice Cube, MC Ren and Eazy E, Straight Outta Compton also set the template for the gangsta rap scene that dominated the west coast for several years, turning its creators into household names in the process – although not always for the right reasons.

The album is one of this year's exclusive titles for hmv Vinyl Week, with a limited edition version of the LP pressed onto red vinyl heading into hmv stores on June 15th. 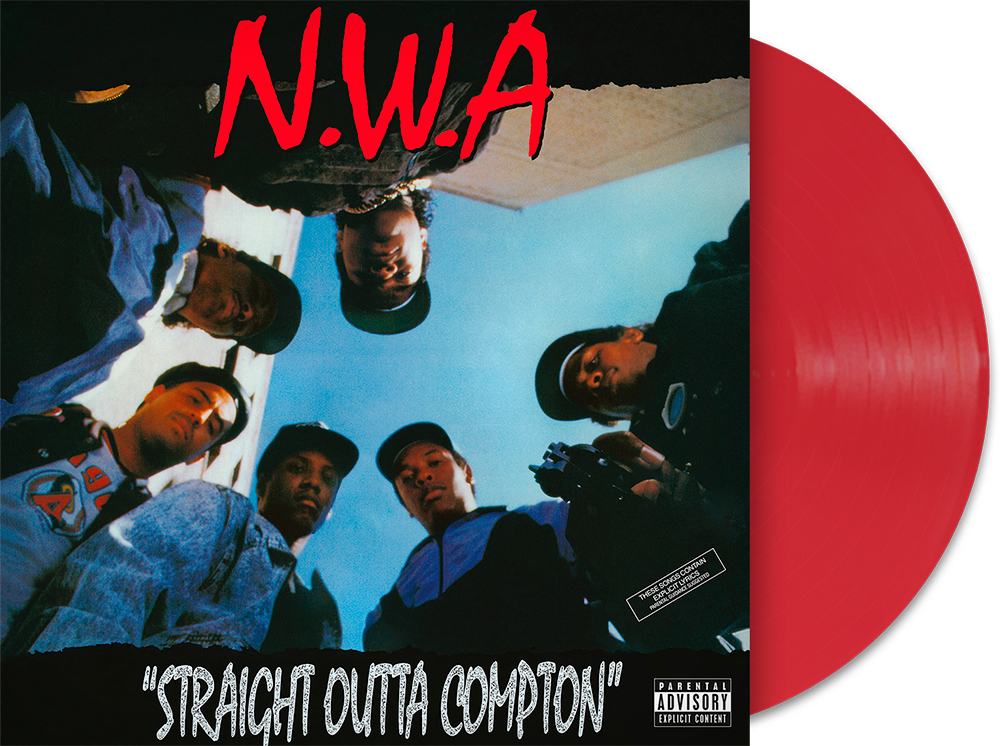 Funkadelic – One Nation Under A Groove

The tenth album from George Clinton's funk-rock fusion outfit Funkadelic, One Nation Under a Groove was originally released in 1978 and was the first of their albums to feature keyboardist and songwriter Walter “Junie” Morrison, formerly of the Ohio Players. The album's title track also happens to be Funkadelic's biggest hit.

Sadly, with Funkadelic in the midst of their farewell tour and having played their last ever UK gig at London's Roundhouse in 2018, it's unlikely you'll be able to catch their incredible live show if you haven't already, but you might like to console yourself with this extremely limited Vinyl Week exclusive edition of one of their finest albums, which is pressed onto pink vinyl and due to land in stores on June 15th. 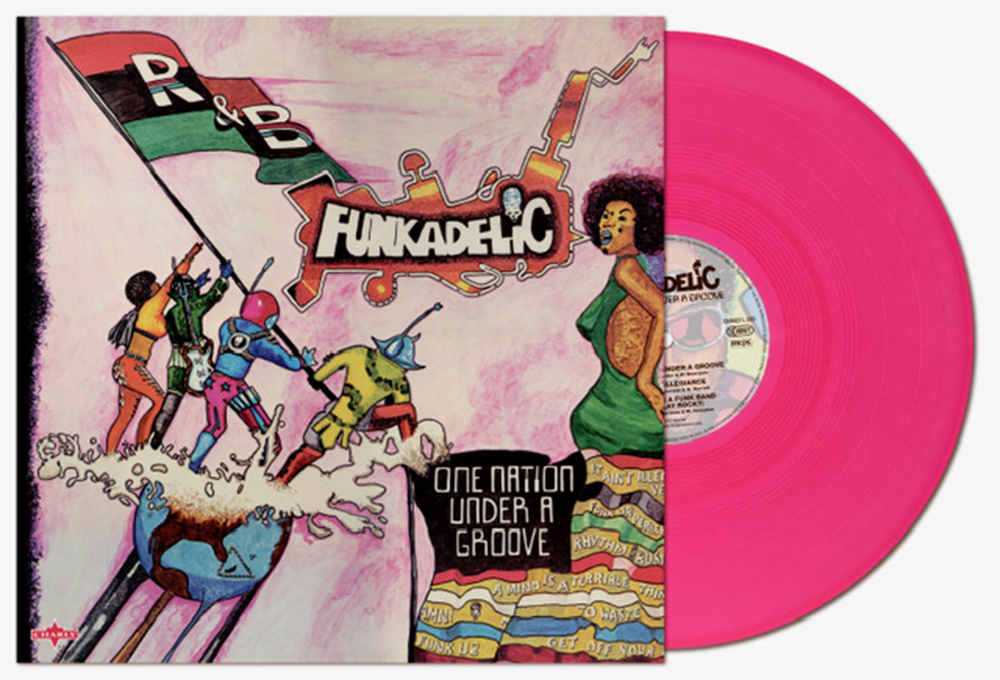 The fifth and final studio album recorded and released by Simon and Garfunkel before the pair went their separate ways, Bridge Over Trouble Water saw the duo moving away from the folk influences of their early work, with gospel music being a particularly big influence on the album's title track. The song also remainsone of the duo's most popular hits and has been covered more than 50 times by artists including Elvis Presley and Johnny Cash.

First released in 1970, Bridge Over Troubled Water is one of this year's vinyl week exclusives, with a limited edition of the album pressed onto powder blue vinyl arriving in hmv stores on June 15th. 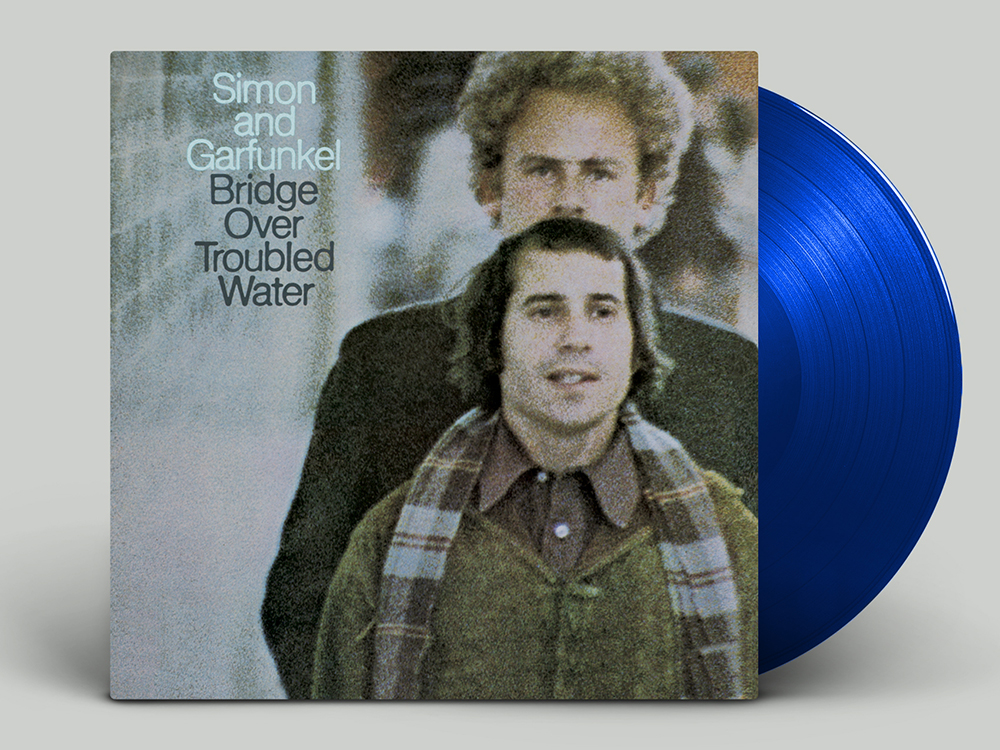 Caravan – In the Land of Grey and Pink

English prog-rock outfit Caravan released their third album In the Land of Grey and Pink in 1971 and it was to be the last of their albums to feature the original line-up for more than a decade, with the four founding members David Sinclair, Pye Hastings, Richard Sinclair and Richard Coughlan eventually reforming for 1982's Back to Front.

Although the album contains only five songs, closing track 'Nine Feet Underground' – Hastings' only songwriting contribution to the album – clocks in at a whopping 22 minutes 45 seconds and takes up the entire second side of the LP, becoming something of a cult favourite on late night radio in the 1970s. Last reissued on its 40th anniversary in 2011, the album joins this year's list of Vinyl Week exclusives with a very limited edition of 750 copies pressed onto transparent vinyl heading into hmv stores on June 15th. 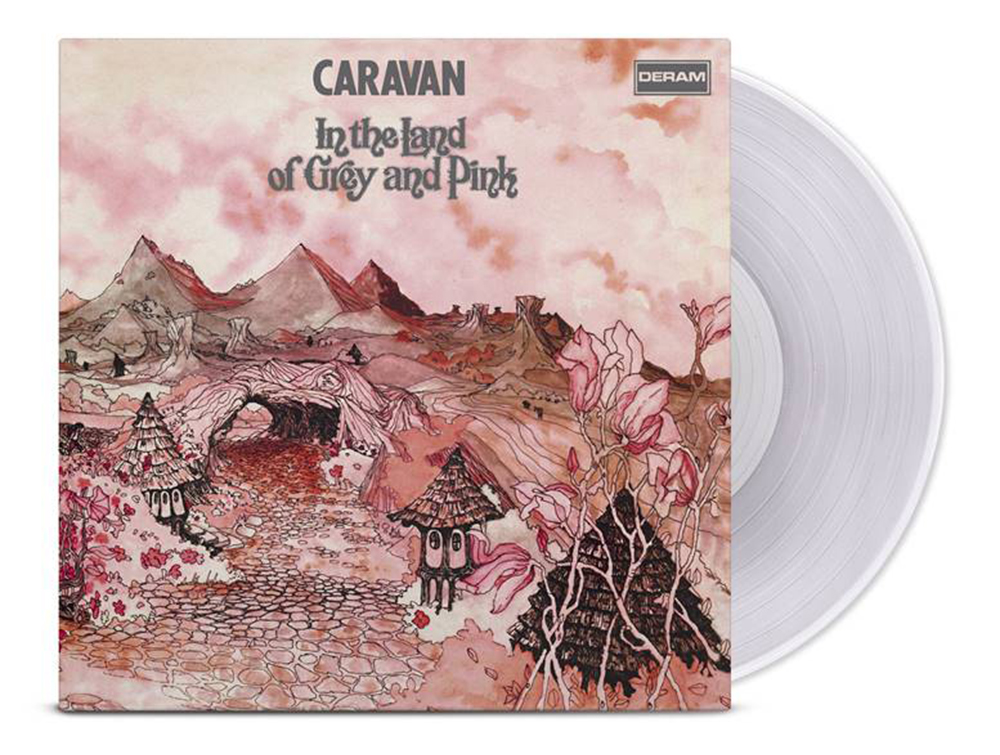 Following the departure of guitarist Bernard Butler after Suede's second album Dog Man Star, it seemed for a while that Suede were being left behind by the newer wave of 'Britpop' bands such as Pulp, Blur and Oasis muscling in on their territory. With Butler having been such an integral part of the band's sound on those first two records, at first it wasn't clear if Suede would even be able to continue without him, but then in stepped 17-year old Richard Oakes, who stood out amongst over 500 applicants and stepped with uncanny ease into Butler's shoes.

Their third LP Coming Up was the first to feature Oakes' talents and a new limited edition of their 1996 LP, pressed onto heavyweight pink vinyl, is another of this year's hmv Vinyl Week exclusive landing in stores on June 15th. 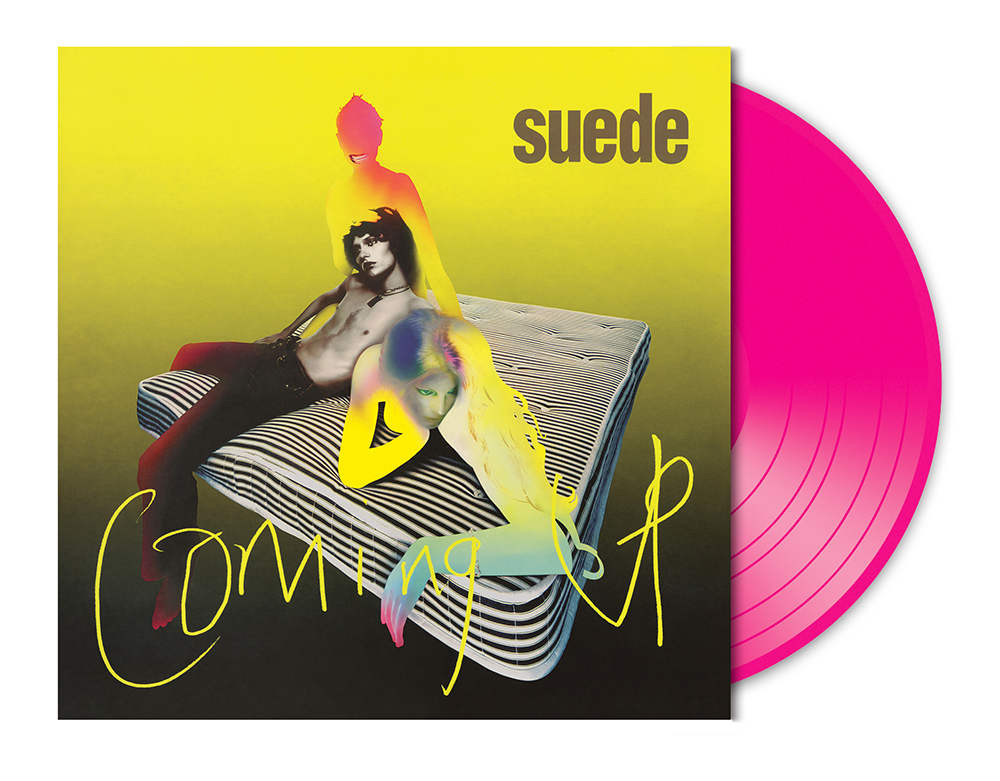 The debut album from Dusty Springfield arrived in 1964 saw the emergence of one of the most successful British female solo artist of the 1960s. The album features Dusty perfroming a string of hits including 'Anyone Who Had a Heart', 'Will You Love Me Tomorrow' and 'Twenty Four Hours from Tulsa', A Girl Called Dusty also marked her first collborations with songwriting team Burt Bacharach and Hal David.

Our excluisve edition of the singer's debut arrives on Saturday June 15th with all the others, pressed onto blue vinyl and limited to just 1000 copies. 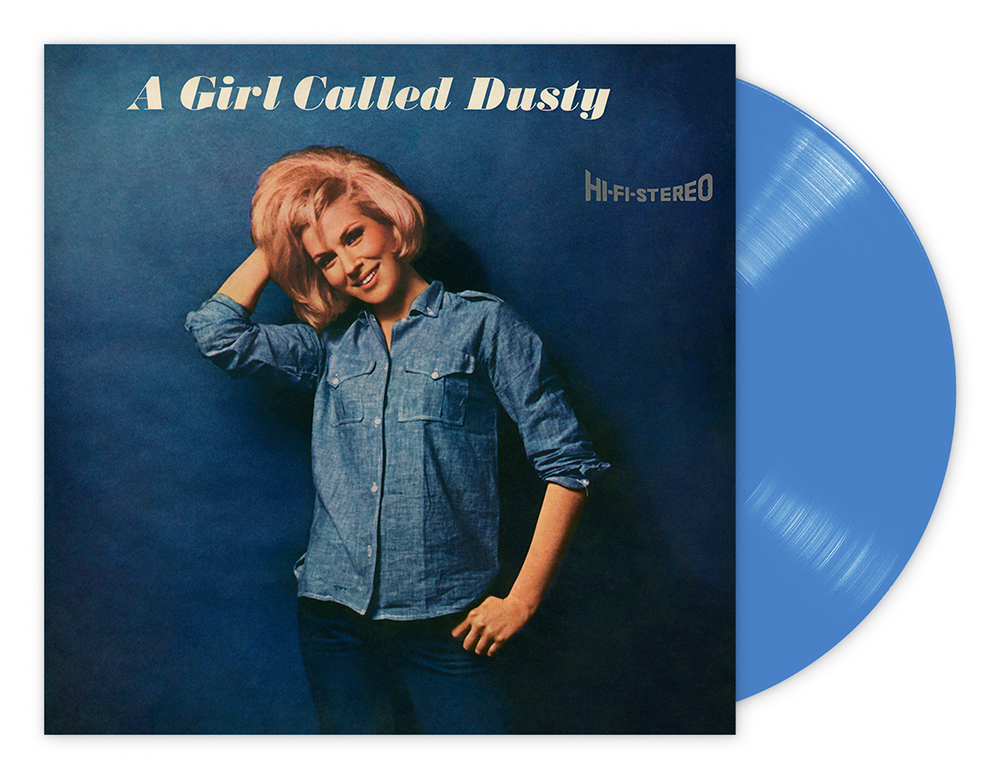 First released in 1970, Curtis was the debut solo album from former Impressions vocalist Curtis Mayfield and saw him moving away from the doo-wop and R&B of his former band into much more funky and psychedelic territory. Although his debut yielded one of his biggest hits with 'Move on Up', for our money the album's real highlight is its epic opening salvo '(Don't Worry) If There's a Hell Below, We're All Gonna Go'.

(UPDATE: Please note that due to a supplier error, this title will be available in stores on Monday June 17th) 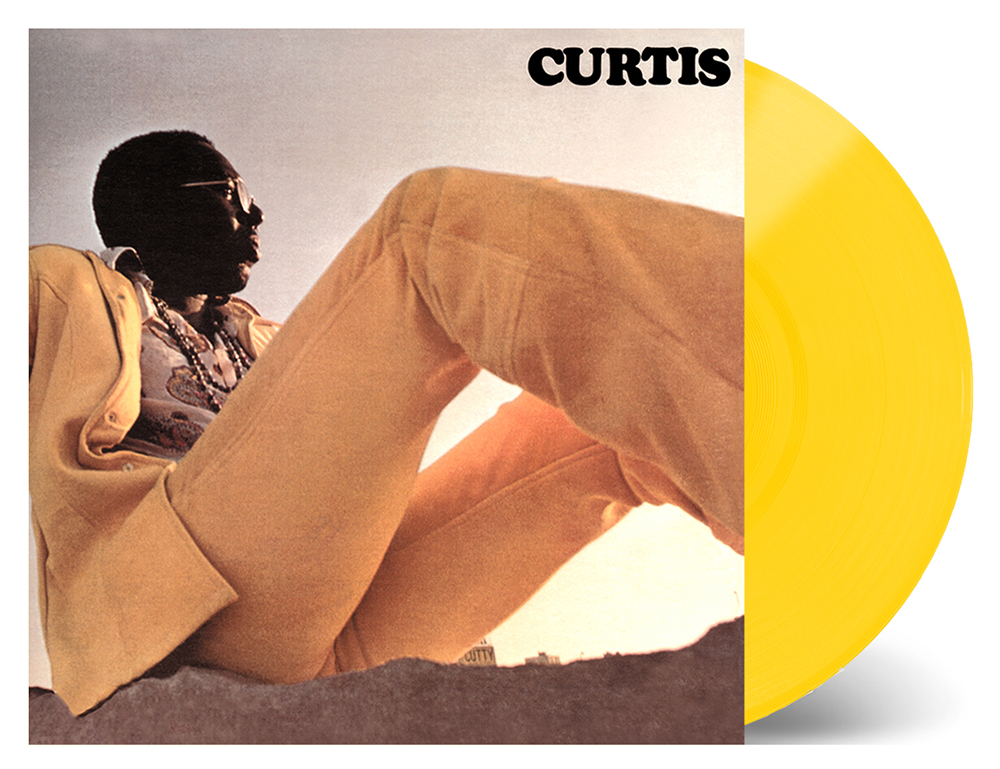 First released in 1999, the third album from British rock band Skunk Anansie was a much darker, heavier record than its two predecessors – something typified by its blistering opening salvo 'Charlie Big Potato' – and also ended up being their last for more than a decade, with its follow-up Wonderlustre eventually arriving 11 years later in 2010.

An extremely limited reissue of the album, pressed onto pastel pink vinyl, joins our list of exclusives for this year's Vinyl Week and lands in stores with all the others on June 15th. 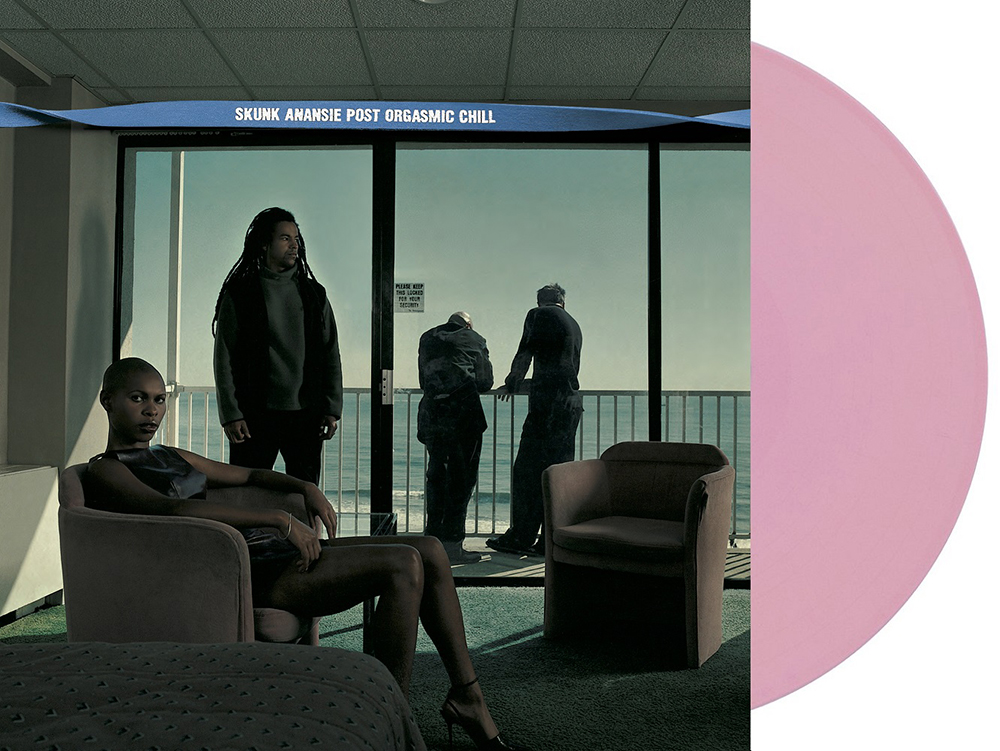 With Taron Egerton currently enjoying rave reviews for his portrayal of Elton John in Dexter Fletcher's Elton biopic Rocketman, it would be remiss of us not to include an Elton LP in our Vinyl Week extravaganza. Luckily for Elton fans, the living legend has delivered the goods with this special edition of his Greatest Hits compilation Diamonds, which is set to arrive in your local hmv along with all the other exclusives on June 15th.

Featuring more than 30 of his finest tunes including 'Tiny Dancer', 'I'm Still Standing' and 'Saturday Night's Alright (For Fighting)', this exclusive limited edition version of Diamonds comes as a 2LP set pressed onto blue vinyl. 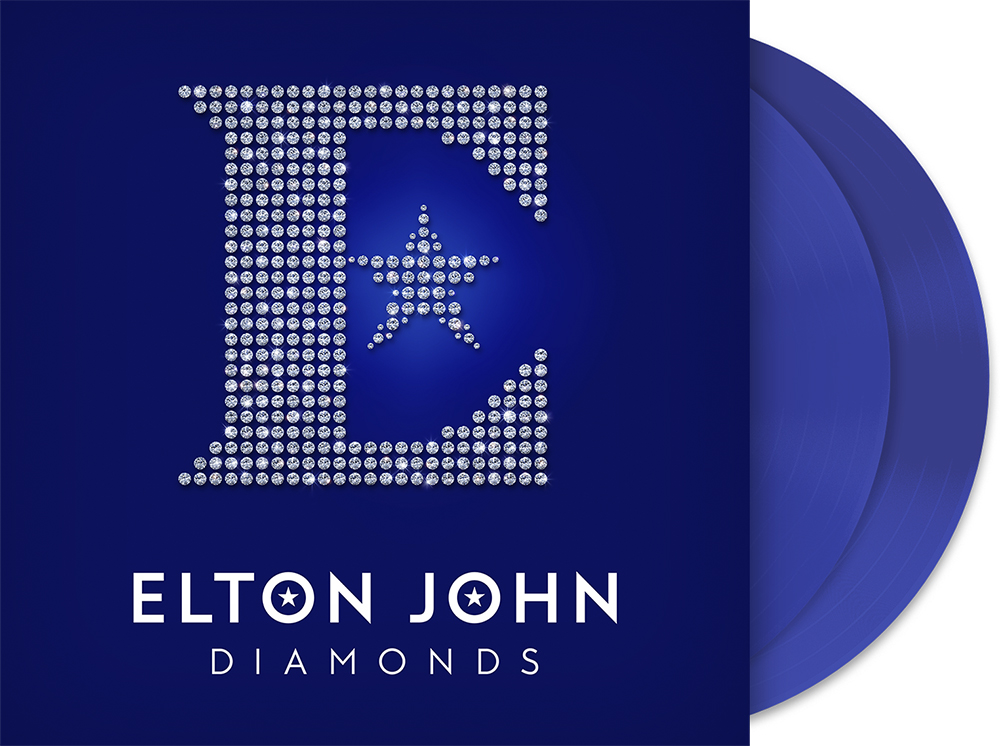 Nu Metal goths Evanescence arrived on the scene with their debut album in 2003, with the distinctive vocals of Amy Lee making them a unique presence on the alternative rock spectrum.

Including their huge Number One hit 'Bring Me To Life', their debut album rounds out our second batch of exclusives heading to stores on June 15th and is pressed onto clear vinyl. 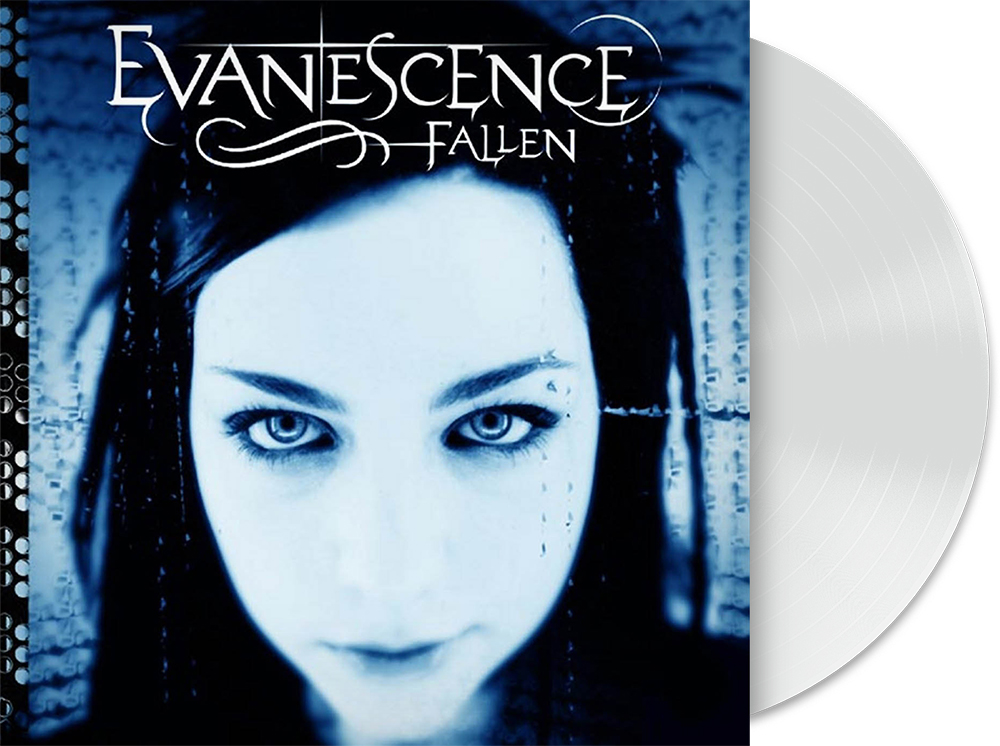 ** = Exclusively available at hmv in the UK