It's that time once again, vinyl lovers! On Saturday August 15th we'll be unleashing a tidal wave of tasty vinyl treats as part of hmv Vinyl Week 2020, with a huge range of discounted vinyl bargains, hmv exclusives and a series of limited edition vinyl releases that you won't find anywhere else on the high street.

We've got tons of new and exclusive titles to unveil as part of our Vinyl Week line-up this year - but like the terrible teases that we are, we're not going to let you see all of them just yet.

We can, however, reveal the first handful of exclusives and limited editions coming to your local hmv on August 15th, and we'll be unveiling the rest over the coming days.

Until then, and without further ado, here's the first taste of what we've got for you this year... 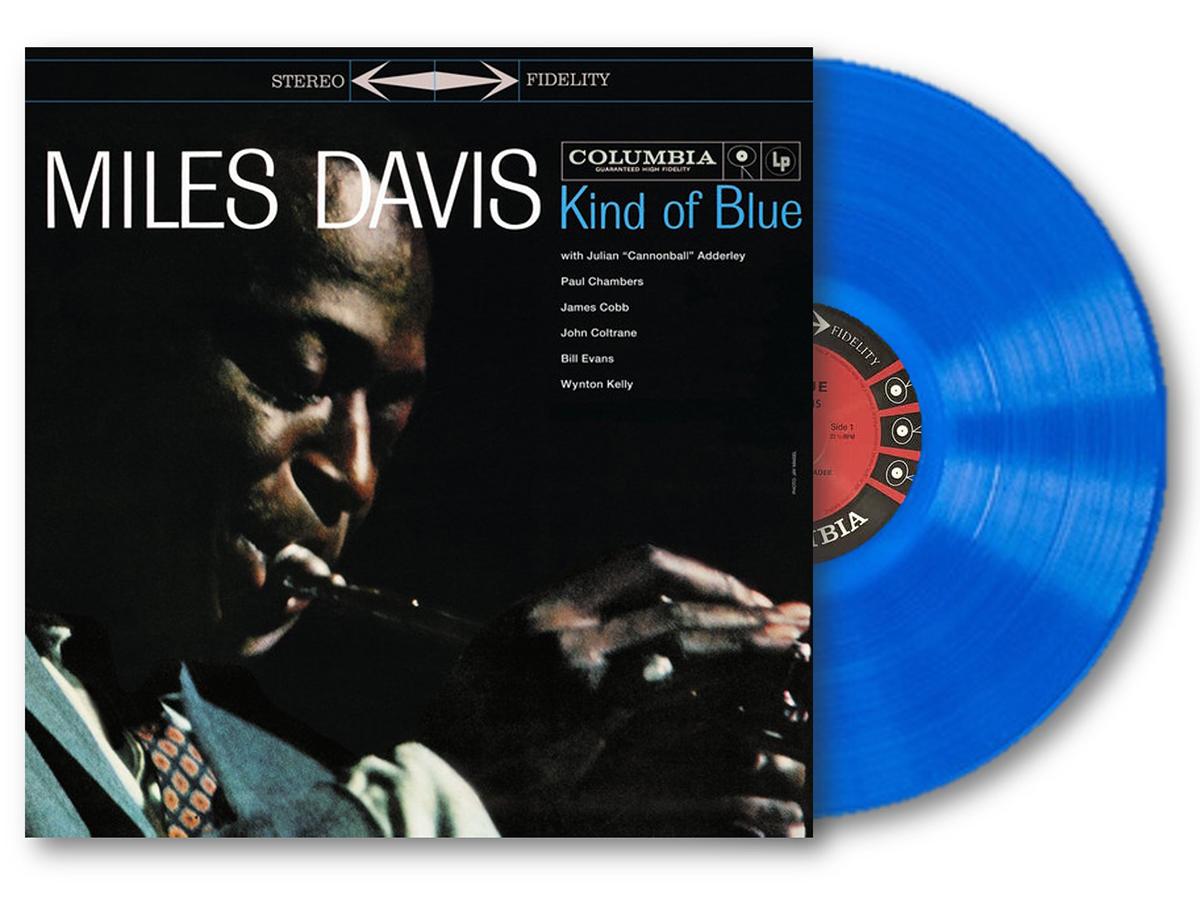 In the later years of an extraordinary career, jazz legend Miles Davis would often denounce some of his earlier work - even though that included albums as groundbreaking and revered as Kind of Blue - but whatever Davis might have made of it in retrospect, his 1959 album is regarded by many not only as Davis' masterpiece, but possibly the greatest jazz album ever made.

Featuring a band that included three all-time greats at the height of their powers in Davis, John Coltrane and Julian “Cannonball” Adderley, Kind of Blue both introduced and distilled the idea of modal jazz in a way that became a game-changing contribution to the genre, not to mention its biggest-selling record ever.

Our Vinyl Week exclusive version is pressed onto stunning translucent blue vinyl (it had to be blue, didn't it?) and is limited to 1000 copies. 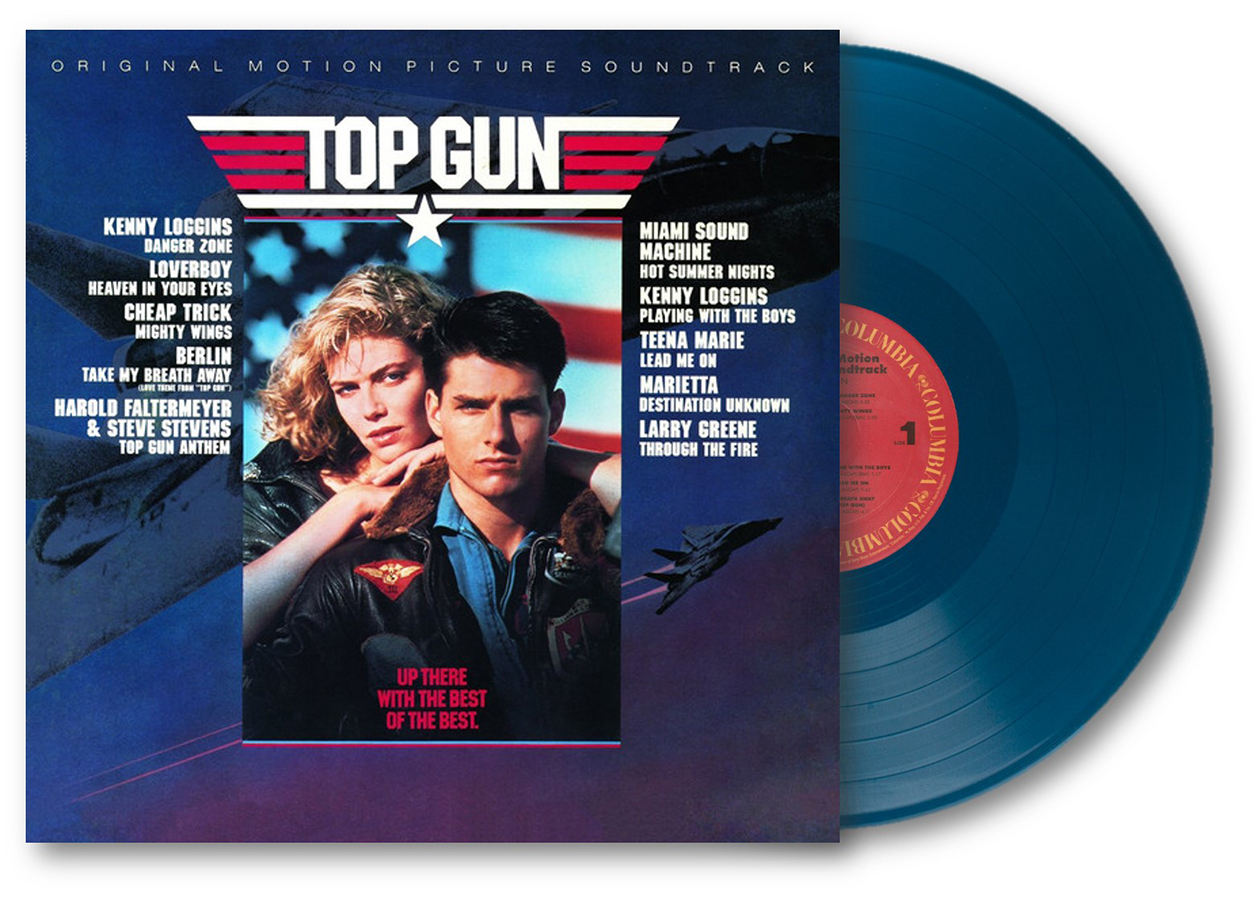 The 1980s were packed with great film soundtracks, but the one created by 'Axel F' composer Harold Faltermeyer and synth pioneer Giorgio Moroder for Top Gun is surely one of the decade's most iconic. Alongside their film score were several original Moroder/Faltermeyer-penned songs performed by the likes of Kenny Loggins, Teena Marie and Berlin - the latter scoring a huge hit with 'Take My Breath Away' - as well as contributions from Miami Sound Machine and Cheap Trick.

Our vinyl week exclusive edition of this 80s icon is pressed onto blue vinyl and limited to 1000 copies. 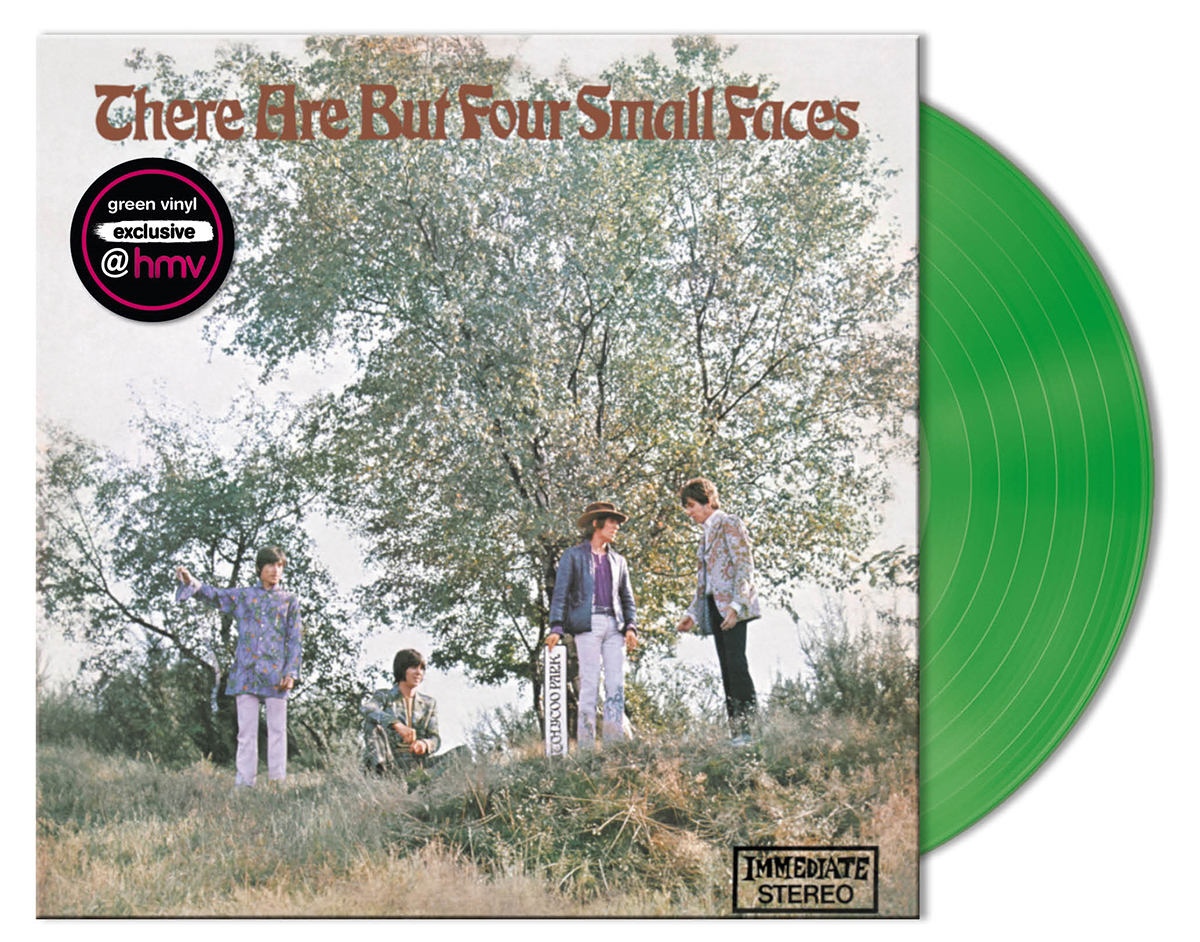 Although they had already released three albums in the UK by the time Steve Marriott and co. recorded There Are But Four Small Faces, but the album became their first released in America as the band rode the wave of the 'British Invasion' of the 1960s. It also yielded two of the Small Faces' finest moments in the rip-roaring 'Tin Soldier' and the wonderfully psychedelic 'Itchycoo Park'.

First released in 1968, the album joins our list of Vinyl Week exclusives with a newly-pressed version on green vinyl, limited to just 550 copies. Adapted from the book of the same name about late 1950s London life by Colin MacInnes, Julien Temple's musical film featured a soundtrack with a Gil Evans score and songs contributed by the likes of Ray Davies, Sade and Jerry Dammers, as well as a title track by none other than David Bowie.

The soundtrack is not only one of our Vinyl Week exclusives this year but also becomes the latest addition hmv's exclusive 1921 series, with a new version pressed onto beautiful neon pink and blue vinyl, limited to only 1000 copies. 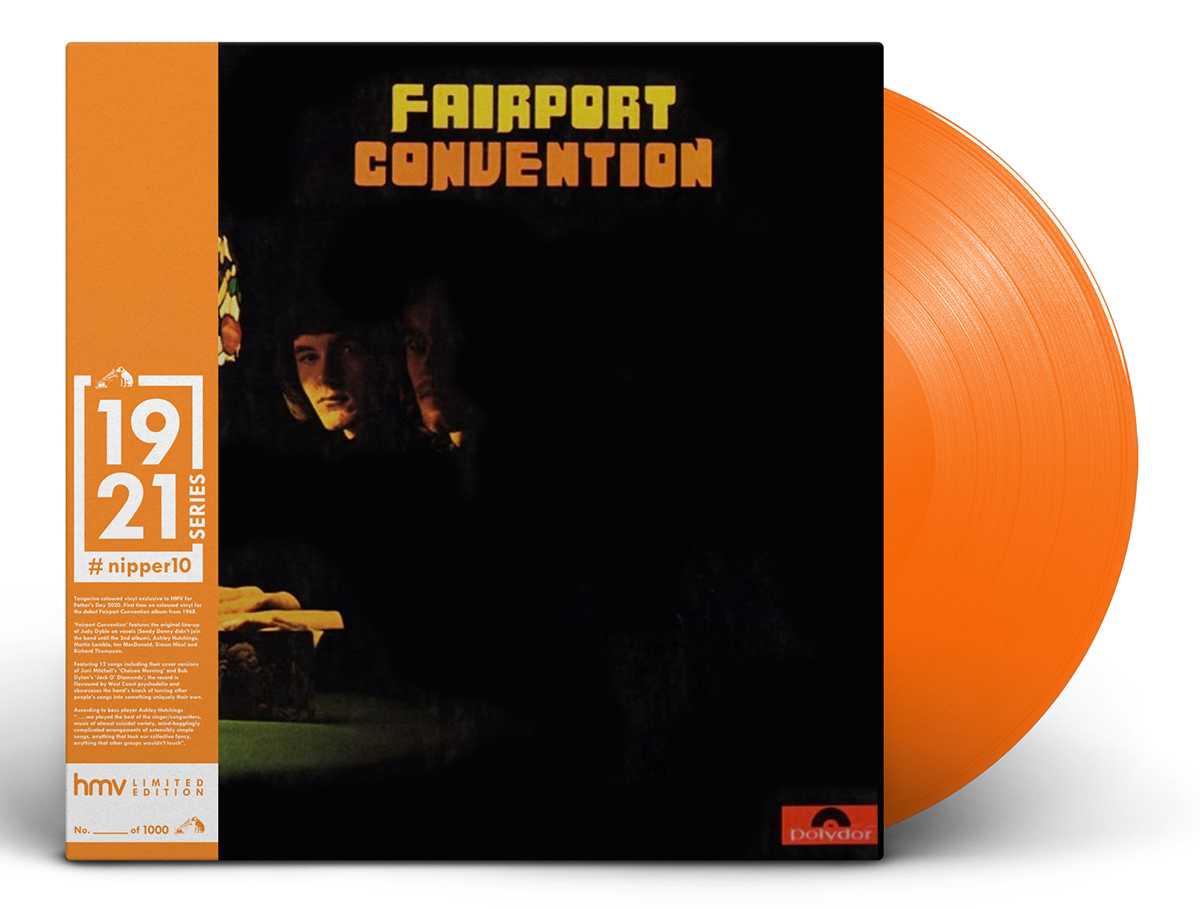 Folk-rock stalwarts Fairport Convention have been through many changes since their foundation 1967 and have seen more line-ups in that time than some police stations, but it all began right here with their eponymous debut album and the original line-up of Richard Thompson, Ashley Hutchings, Judy Dyble, Iain Matthews, Simon Nicol and Martin Lamble.

Featuring both original compositions such as 'It's Alright Ma, It's Only Witchcraft' and cover versions of songs by the likes of Joni Mitchell and Leonard Cohen, the album joins our list of Vinyl Week exclusives for this year and becomes the second new addition our 1921 series, with a brand new version of their debut pressed onto orange vinyl and limited to just 1000 copies. 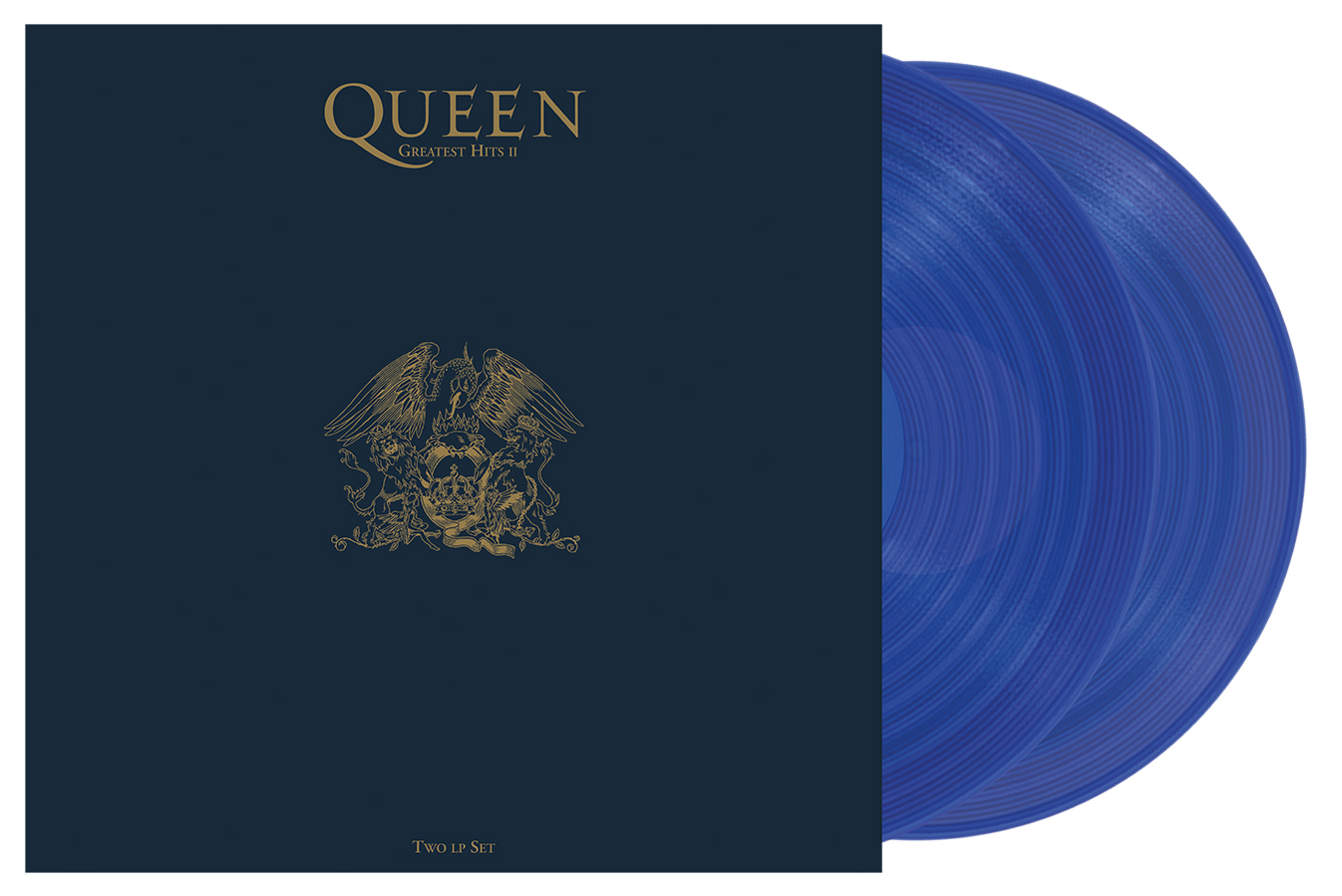 Those of you who have been paying attention in previous years will have noted that Queen's first Greatest Hits compilation featured as a lovely red vinyl exclusive version in 2019, so obviously we had to try and add their second compilation into the mix this year and that's exactly what we've done.

Featuring a series of Queen classics from the latter half of their Freddie Mercury years such as 'A Kind of Magic', 'Under Pressure' and 'I Want To Break Free', Greatest Hits II joins our line-up of Vinyl Week exclusives this year with a new version pressed onto clear blue vinyl and limited to 1500 copies. 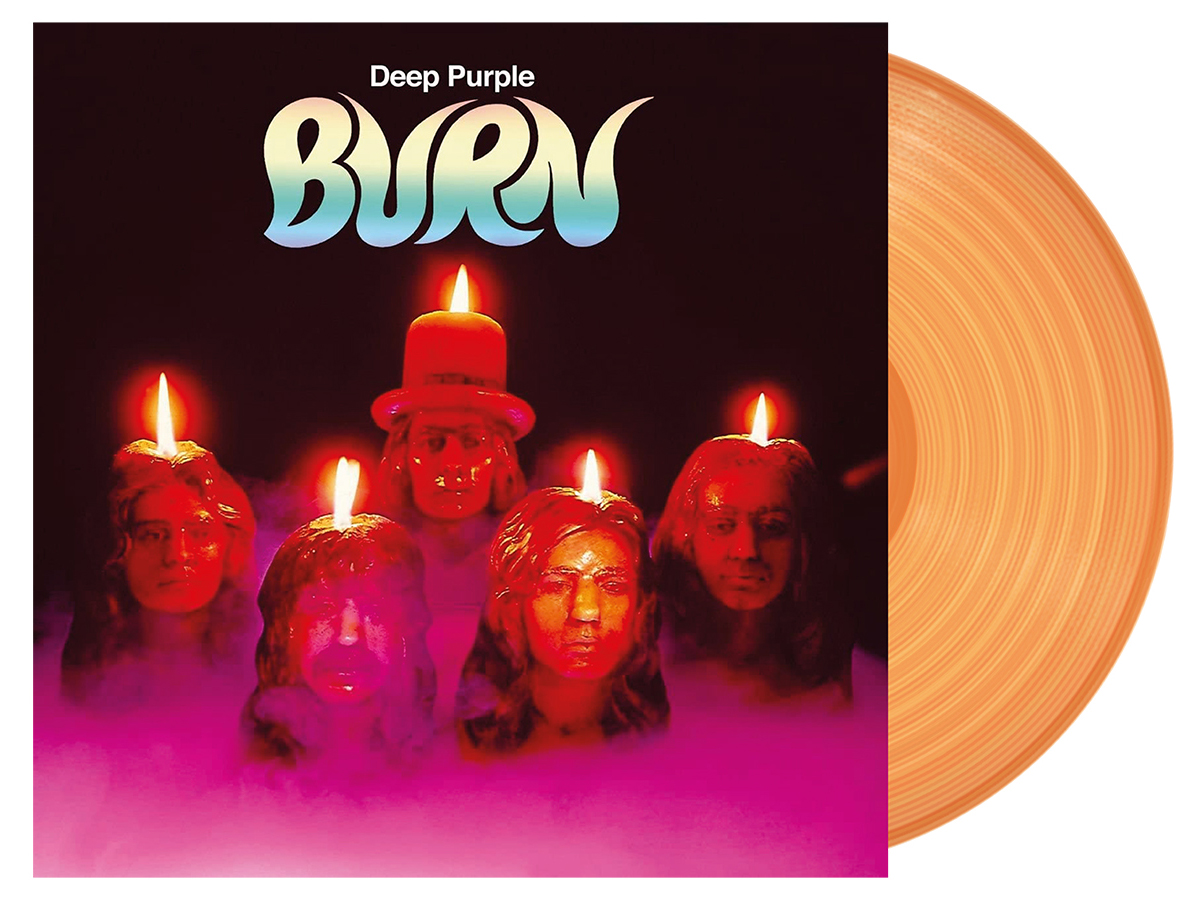 After the incessant touring and fractious recording sessions for their seventh album Who Do We Think We Are finally led to the departure of original vocalist Ian Gillan and bassist Roger Glover, Deep Purple reconvened for their first album recorded with Trapeze bassist Glen Hughes and a then-unknown David Coverdale on vocals – four years before he would go on to found Whitesnake. The resulting album Burn added a little funk into the band's increasingly blues-driven sound and delivered a couple of standouts in the title track and Ritchie Blackmore/Coverdale-penned epic 'Mistreated'.

Burn joins our list of Vinyl Week limited editions this year with a new version pressed onto stunning opaque orange vinyl and limited to a tiny run of just 350 copies. 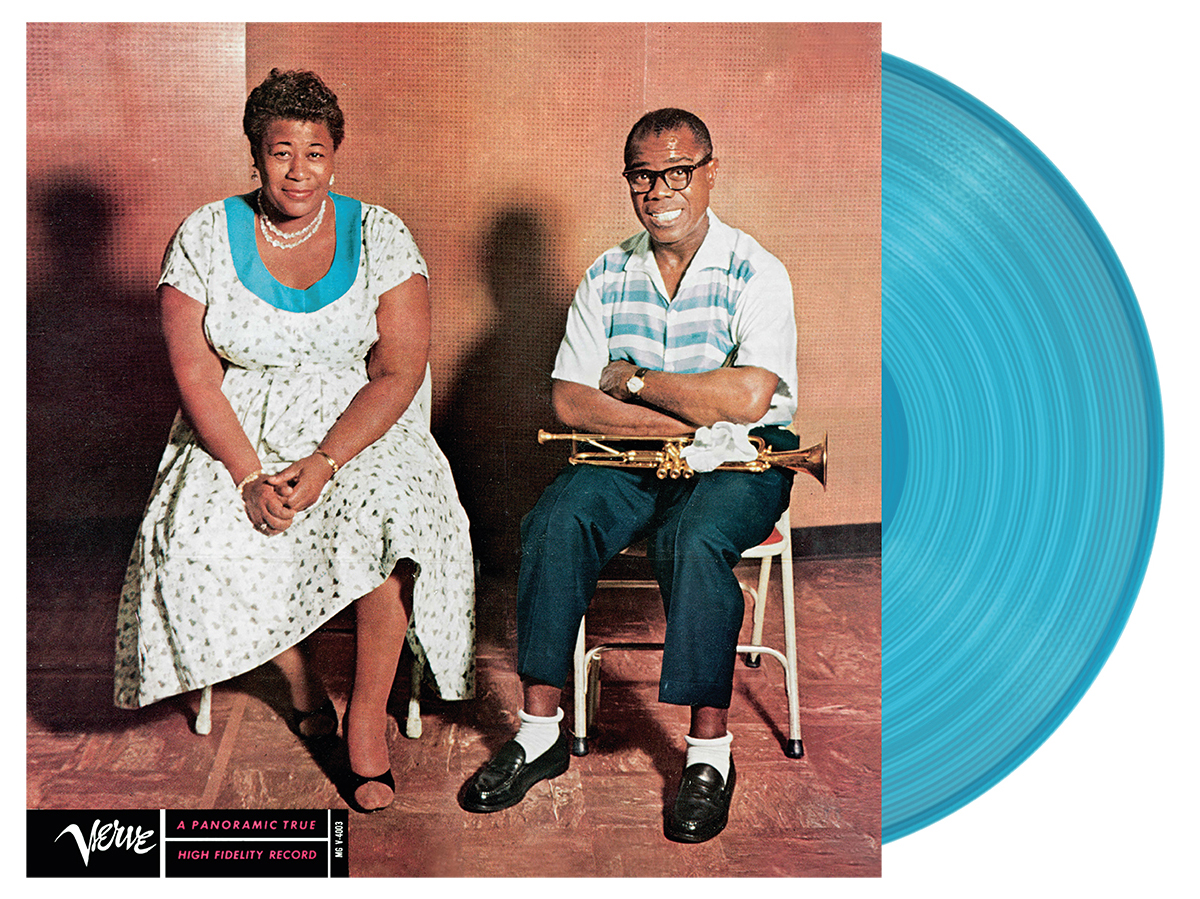 What is there to say about this 1967 collaboration album other than it features two of the most legendary jazz voices of all time at the top of their game? Released in 1956 and the first of a trio of albums the pair recorded together for Verve Records (along with Ella & Louis Again and Porgy and Bess), Ella & Louis features unique renditions of some timeless Great American Songbook classics penned by the likes of Ira and George Gershwin, Hoagy Carmichael and Irving Berlin, among many otehrs.

Ella & Louis joins our list of Vinyl Week limited editions this year in the form a a newly-pressed version on light blue vinyl, limited to just 450 copies. 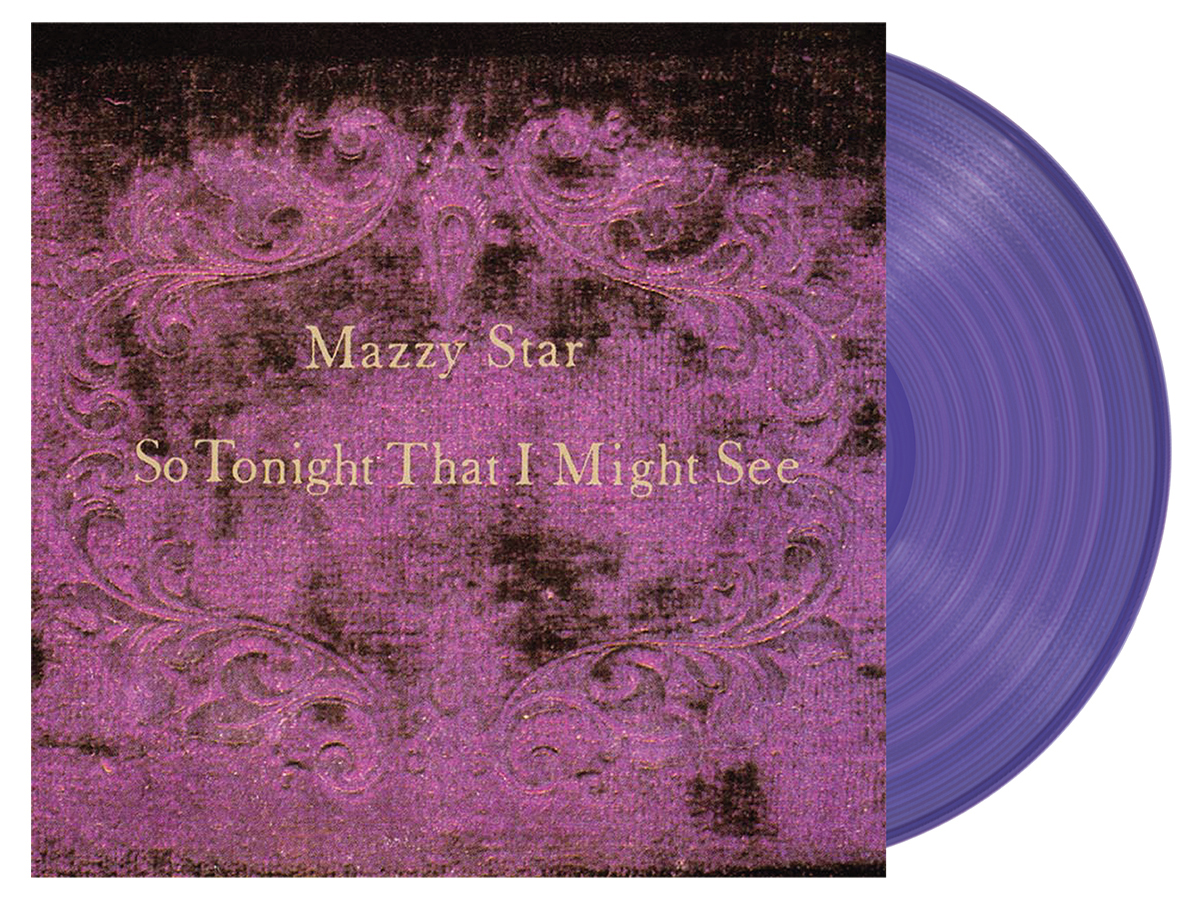 Arguably the finest of three albums released in the 1990s by Mazzy Star, So That Tonight I Might See represents their second full-length offering and first made its arrival in 1993. Including two of their finest tracks in album opener 'Fade Into You' and the magnificently melancholic 'Into Dust', the album was by far their most successful and their only LP to reach platinum status in their native U.S.

The album is one of our new limited editions for Vinyl Week this year and comes in the form of a beautifully-presented edition pressed onto purple vinyl and available in an extremely limited run of just 200 copies. 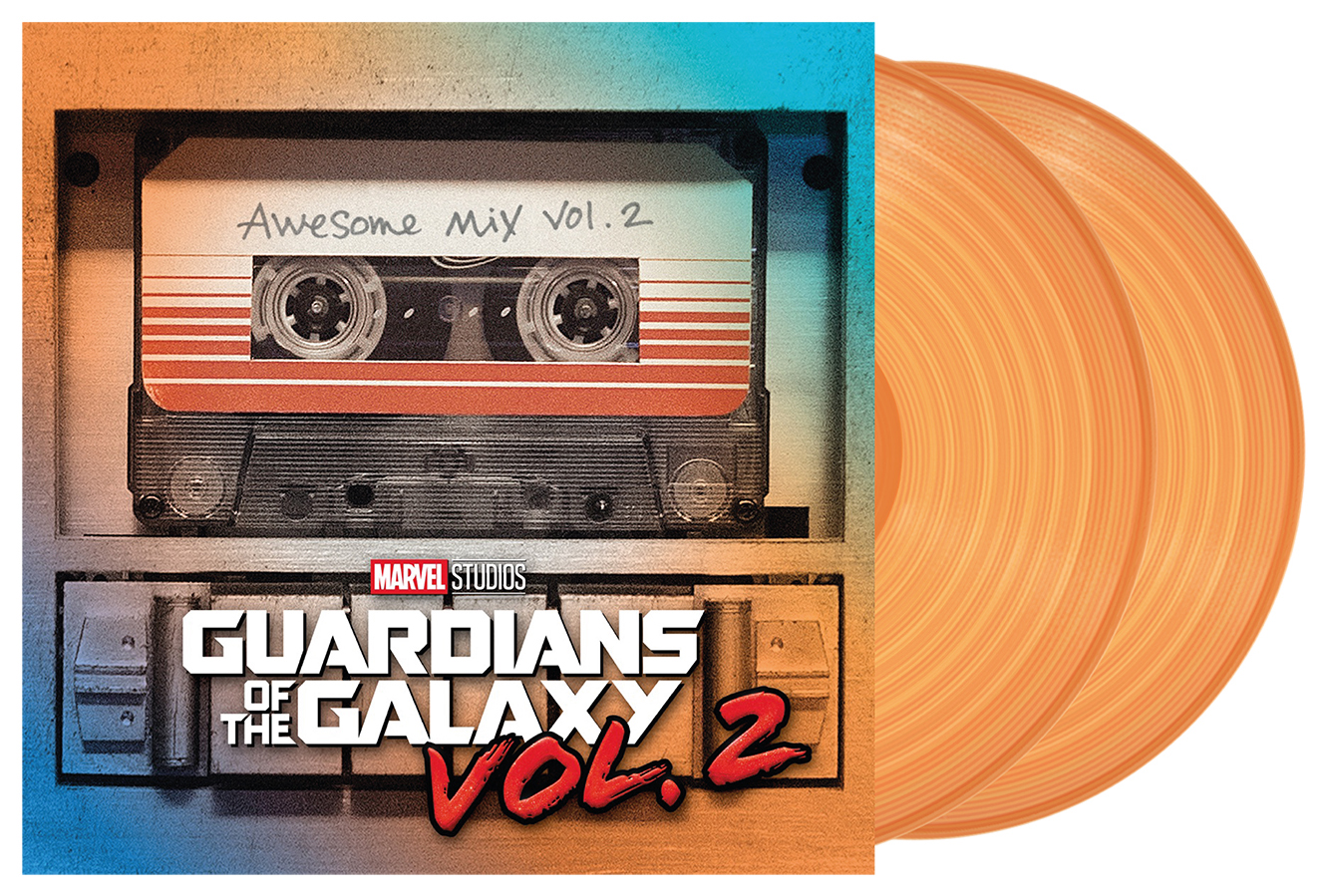 Few soundtracks have proved to be more popular in recent years than the excellent compilations featured in Marvel's Guardians of the Galaxy movies the second instalment proved to be just as successful as the first. Featuring a selection of stone-cold classics from the likes of Fleetwood Mac, Electric Light Orchestra, Sam Cooke, Parliament and Cat Stevens to name just a few, the soundtrack has been one of our biggest sellers on vinyl since its release in 2017 and hmv's vinyl week offers a chance to get your hands on a version that's a bit special.

The soundtrack to the second Guardians instalment joins our list of limited editions this year and comes as a newly-pressed version on orange vinyl and limited to just 700 copies. 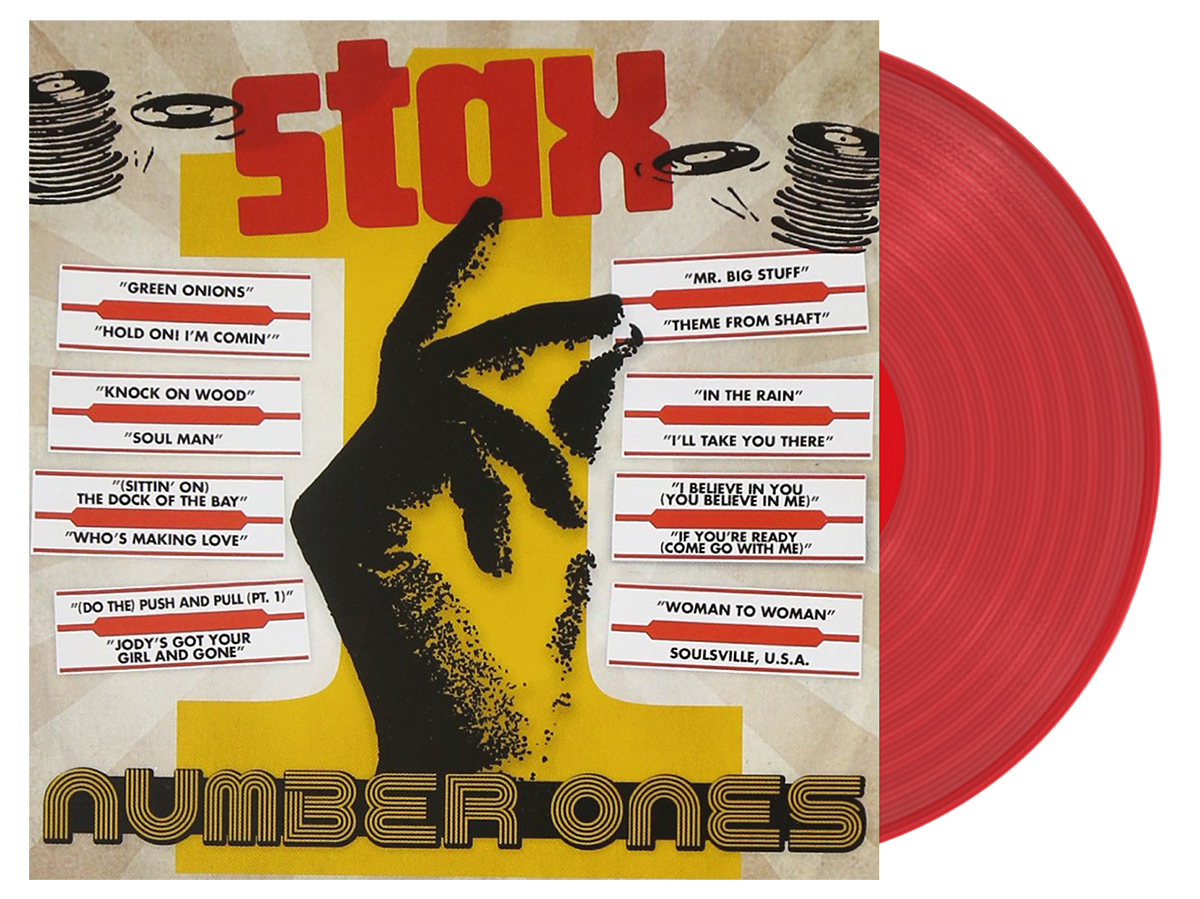 In recent years the revived Stax Records has released albums by artists such as Leon Ware, Nathaniel Rateliff and Ben Harper, but along with the likes of Motown and Chess Records, Stax was also one of the most important labels for black artists in the 1950s and 60s – particularly in the genres of blues, soul and gospel - and at various points was home to a list of artists that includes Otis Redding, Isaac Hayes, Booker T. & The M.G.'s and The Staple Singers, to name just a tiny handful. Its outsized influence on the sound of the era has also seen its extensive back catalogue mined for samples by the likes of Wu-Tang Clan, Coolio and Cypress Hill, making many of the label's vinyl releases highly sought after.

A new compilation featuring some of the label's biggest hits joins our list of Vinyl Week limited editions this year and features a collection of chart-toppers from artists such as Sam & Dave, Otis Redding, Jean Knight, Booker T. and many, many more. Our new version is pressed onto stunning translucent red vinyl and limited to only 400 copies.

The titles are very limited and will be sold on a first come first served basis. However, there will likely be an extremely limited number of some exclusives available to buy online from 6pm Saturday 15th August. If you would like to check if any remaining copies are available in your local store from Monday 17th August you could also try enquiring through our new ring and reserve number on 03333 230667