Superman, Escape from New York and Rambo: First Blood among the best 4K and Blu-ray reissues coming your way in November...

Thanks to Max Fleischer's superb animated shorts and the live-action series starring George Reeves which aired throughout the 1950s, Superman had long been a popular fixture on television screens by the time Richard Donner put the Kryptonian in cinemas for the first time in 1978, but it was Donner's vision and Christopher Reeve's portrayal that turned Superman into a truly global phenomenon (adjusted for inflation, Donner's film is still the highest-grossing standalone Superman movie). Featuring a stellar cast that included Marlon Brando, Margot Kidder and Gene Hackman, Superman: The Movie was the first big-budget superhero movie and set the template for everything that followed.

This month Donner's film turns 40 and to celebrate Superman's anniversary the film has been newly remastered and on November 5th Superman: The Movie arrives in stores in 4K for the very first time. The new edition also features various extras including two featurettes detailing the film's development and production, commentary from Richard Donner and creative consultant Tom Mankiewicz, screen tests and original theatrical trailers.

Hot on the heels of the John Carpenter reissues which arrived in October, a new collector's edition of another of Carpenter's films, Escape from New York, is set to make its arrival in stores in November. Just like the ones that arrived last month, Escape from New York benefits from a new 4K remaster and is presented as a 4-disc limited edition which includes both 4K and Blu-ray versions of the film, 5 collectable art cards, a theatrical poster and a booklet featuring behind-the-scenes photos and an essay by Kim Newman.

The extras disc contains a shedload of bonus content including a brand new feature-length making-of documentary, commentary from Carpenter and star Kurt Russell, a deleted opening sequence and lots of other goodies from a featurette detailing the film's visual effects to theatrical trailers. The new collector's edition makes its arrival in stores on November 29th. 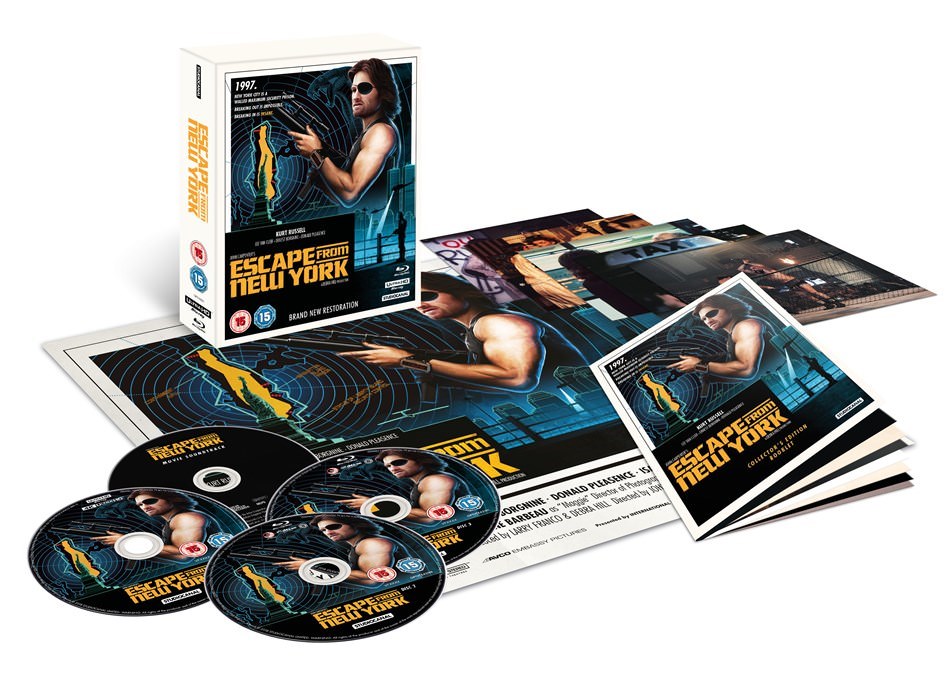 After the runaway success of Star Wars, the late 1970s and early 1980s saw a rush of space-themed sci-fi films flood into cinemas as studios looked to get a piece of the action. The results, we think it's fair to say, were a mixed bag, ranging from David Lynch's flawed but visually stunning adaptation of Frank Herbert's Dune to blatant knock-offs such as Luigi Cozzi's copyright-defying Starcrash, which borrowed so heavily from George Lucas' space opera that it even featured David Hasselhoff wielding a light sabre in a battle with a tyrannical galactic Emperor. Mmm-hmm...

In a galaxy all of its own however was Peter Yates' 1983 swashbuckling extravaganza Krull, which contrived to combine Arthurian mythology with a Star Wars-style futuristic setting in a manner which made almost no sense whatsoever, but despite its nonsensical plot the film did boast an impressive cast and visual effects which were, at the time, considered very impressive. Bizarre but hugely enjoyable, Yates' film has become a cult favourite over the years and this month Krull becomes the latest addition to hmv's exclusive Premium Collection, with a new two-disc edition featuring exclusive collectable art cards and poster set to arrive in stores on November 19th. 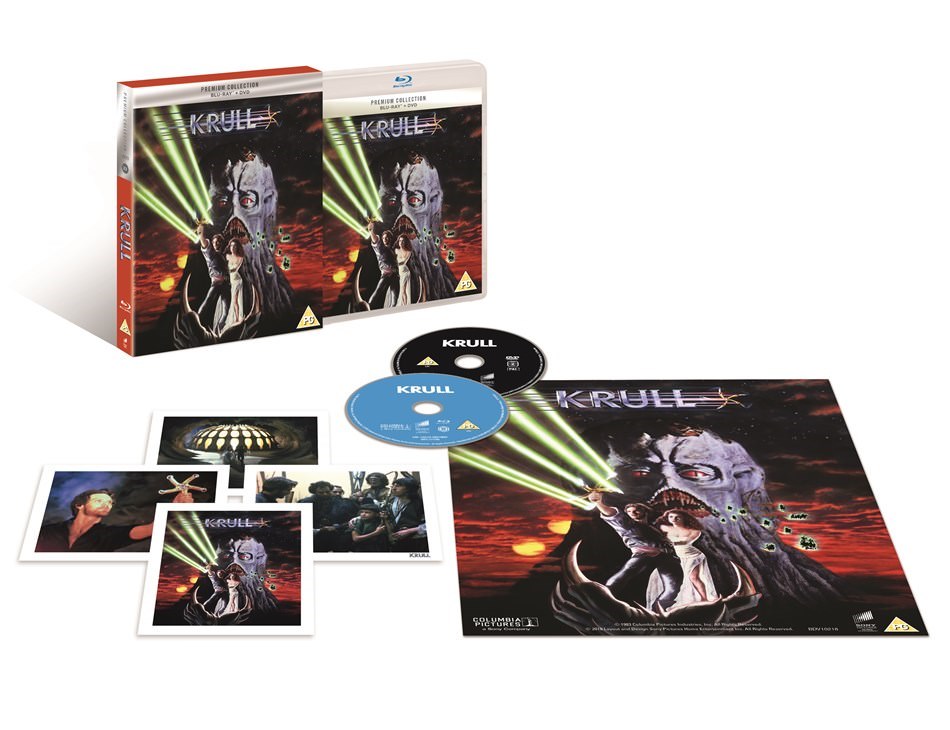 With Sylvester Stallone set to return to the screen in his John Rambo guise for a fifth (and probably final) time next year, the folks at StudioCanal have set about remastering the original Rambo trilogy, with 4K versions of all three films heading to stores in November.

We've picked the first film in the series as an example here, but all three benefit from a new 4K remaster and DTS HD 5.1 mix, as well as a range of bonus material for avid Rambo fans, including featurettes on the making of the films (as well as the restoration), outtakes, deleted scenes and a new three-part documentary Rambo Takes the 80s, spread across all three discs. Rambo: First Blood, along with its two sequels, is set to arrive in stores on November 16th.

The latest addition the Masters of Cinema series, Martin Scorsese's documentary on The Band's 1967 farewell concert in San Francisco quickly became the standard-bearer for the rock-doc genre, splicing the live performance with various candid interviews with The Band's members. The concert itself features appearances from more than a dozen special guests including Neil Young, Van Morrison, The Staple Singers, Ringo Starr, Joni Mitchell and Bob Dylan.

First released in 1978, the film reaches its 40th anniversary this month and is set to be reissued on Blu-ray in a limited edition hardbound case, with a 100-page booklet and a host of extras including commentary from Scorsese and Robbie Robertson, a 22-minute featurette and archival outtakes. The new Masters of Cinema version is due to land on the shelves in stores on November 12th.

Based on the novel of the same name by William Goldman, John Schlesinger's 1976 film stars Dustin Hoffman as a man training to run the New York marathon in tribute to his late father, when he suddenly finds himself embroiled in the murderous affairs of former Nazi hiding in South America and his attempts to recover diamonds confiscated from POWs from a New York City bank vault.

Schlesinger's film as another of the new additions to our exclusive Premium Collection range and is set to arrive in stores on November 19th and includes both Blu-ray and DVD discs, the usual selection of collectable art cards and a booklet detailing the production process behind the film. 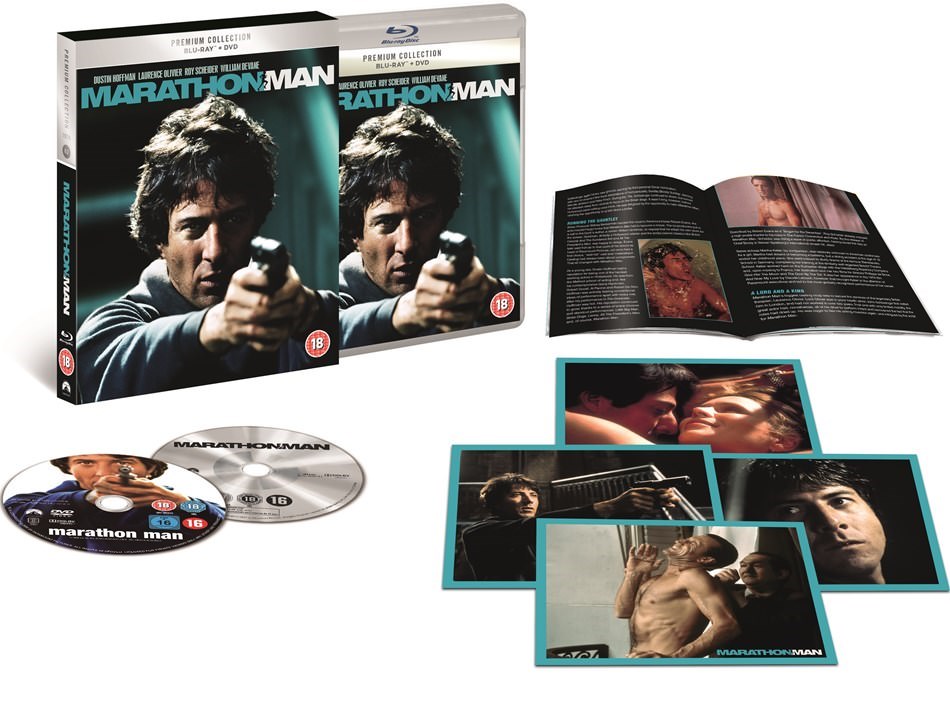 It's been just over a year since Denis Villeneuve's triumphant Blade Runner sequel made its arrival in cinemas, but this month a newly reissued version of the film is making its way into stores and is exclusively available at hmv. The new Deluxe Edition features both 4K and Blu-ray discs, as well as a third disc containing bonus material, an exclusive booklet and five art cards designed by Matt Ferguson.

The extras contained on the bonus disc include featurettes detailing everything from casting to costume design, as well as a profile of the director and a mini-documentary exploring the technical challenges of making the sequel. The Deluxe Edition is due to make its arrival in hmv stores on November 26th. 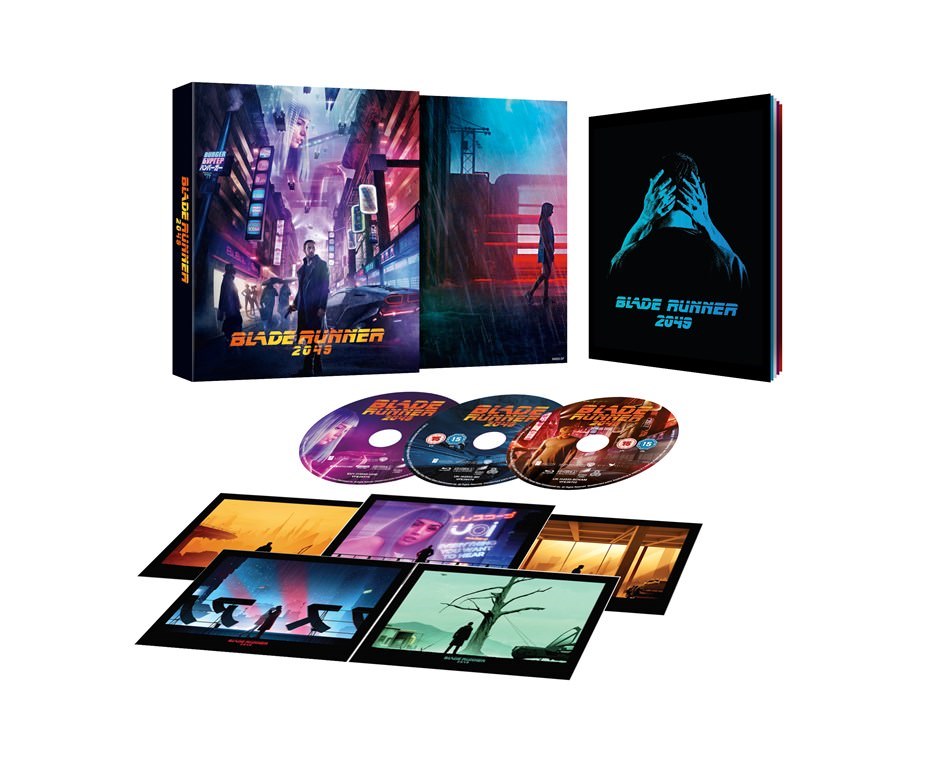 Alfred Hitchcock's 1941 thriller starring Cary Grant and Joan Fontaine is another addition to our exclusive Premium Collection this month, and while it may not be one of his better-known films, this story of a rich woman's marriage to a poor young man – and the paranoia that ensues – is as gripping and suspenseful as you'd expect from any Hitchcock film.

The Premium Collection edition of the film is set to arrive in stores on November 5th and includes the usual collectable slipcase and selection of exclusive art cards, as well as a lobby-style poster.

Back in the early 1960s, before Brian De Palma made his name with films such as Carrie and Scarface, the budding director made a trio of offbeat comedies with a then-unknown young actor by the name of Robert De Niro. Neither De Palma or De Niro need any introduction these days, of course, but their early films together remain largely forgotten by all but the most dedicated fans and have long been out of print.

However, that's about to change as the folks at Arrow Video are set to release a limited edition box set containing the three films the pair made together – Greetings, The Wedding Party and Hi, Mom! - all of which have been given a brand new 2K restoration. Bundled with the three films is a range of extras and bonus material, including interviews with writer-producer Charles Hirsch, commentary by Anatomy of an Actor author Glenn Kenny and newly commissioned artwork by Matthew Griffin.

Featuring in over 20 feature films and more than 100 TV episodes, fictional swordsman Zatoichi is one of the longest-running on-screen characters ever to emerge from Japan, but while his name is almost universally known in the country of his origin Zatoichi remains relatively unknown to Western audiences, despite having been referenced in countless English-language films and TV shows, from Star Wars to Thundercats.

However, if you want to catch up on his exploits then you might want to check out this huge new box set from Criterion, which includes all 25 of the original films made between 1962 and 1973, as well as a load of bonus materials including 1978 documentary The Blind Swordsman and a book containing 25 new illustrations from 25 different artists. The box set arrives in stores on November 19th. 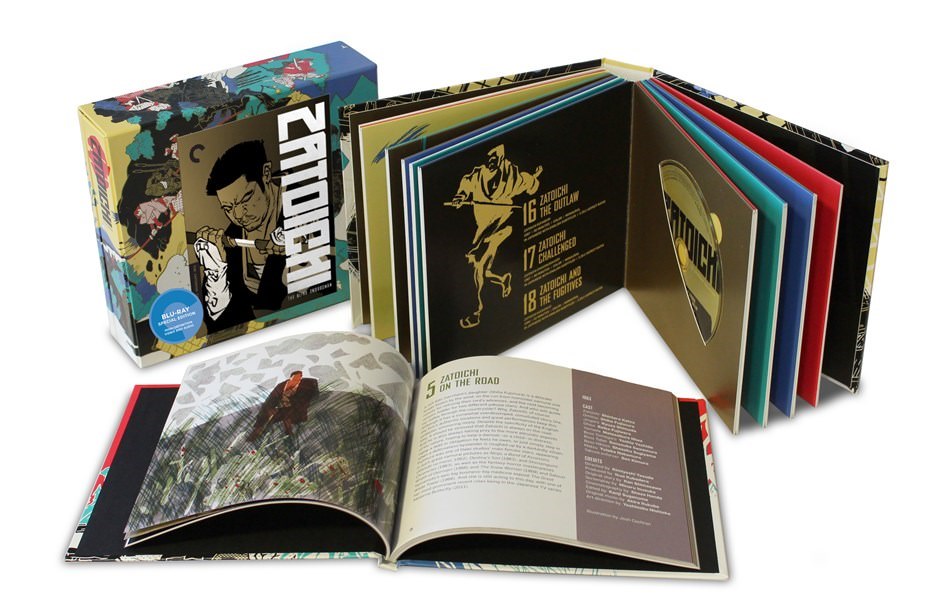