It's a packed roster on the reissue front this month with new additions to the Masters of Cinema range, a host of anniversary reissues and several additions to hmv's exclusive Premium Collection, as well as a limited edition Steelbook of Frank Darabont's 1994 classic The Shawshank Redmption, but we've picked out some of the finest classic films coming back to stores in September.

Michael Lehmann's 1988 murderous black comedy turns 30 in November this year and to celebrate the film's 30th anniversary the folks at Arrow Video are releasing a special edition reissue of the movie featuring a newly remastered version (created from a 4K scan of the original film negatives), and a new 5.1 surround mix rendered in DTS-HD.

The anniversary edition also includes a whole bunch of extras and special features including director commentary and newly filmed interviews with Michael Lehmann and actress Lisanne Falk, as well as a range of featurettes on everything from casting to set design on the film (you can find a full list of the available extras here). The anniversary edition is due to arrive in stores on September 10th.

Mutiny on the Bounty

There are several new additions to our exclusive Premium Collection coming in September, including not one but two classic adaptations of Charles Nordhoff and James Norman Hall's novel Mutiny on the Bounty (itself based on a true story). The version we've picked is the later 1962 version starring Marlon Brando and Richard Harris as the mutineers who wrestle control of the HMS Bounty from its captain, William Bligh (played here by Trevor Howard).

Both this and the newly reissued 1935 adaptation starring Clarke Gable arrive in stores on September 3rd and include both Blu-ray and DVD discs, collectible slipcases and collector's booklets. You can find details on the 1935 film here. 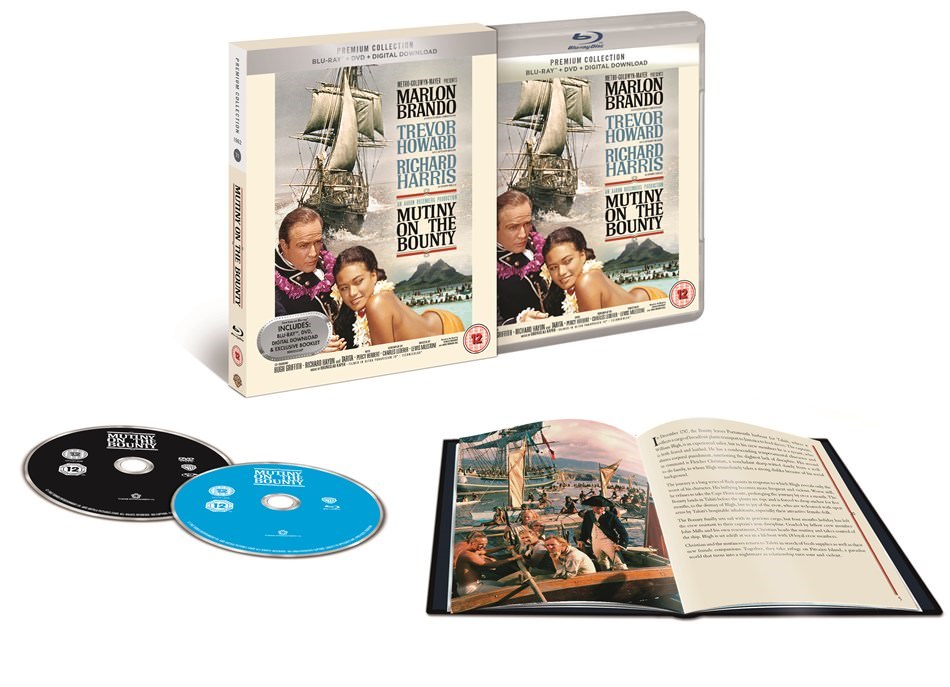 Michael Myers has been giving people nightmares and stubbornly refusing to die for a full four decades now and with a new film in the franchise set to arrive in time for Halloween this year, John Carpenter’s hugely influential 1978 original gets a reissue on Blu-ray and DVD on September 24th, and a first ever appearance on 4K following on October 1st.

French filmmaker Olivier Assayas wowed audiences at Cannes when he first unveiled his 1994 coming-of-age drama Cold Water (or, to call it by the original French title, L’eau Froide), and Assayas’ film becomes the latest addition to the criterion Collection this month with a brand new Blu-ray reissue.

Long out of print, the film has benefitted from a new 4K remaster and as usual with the Criterion folks the reissue comes laden with extras and bonus features, including new interviews with the director and the film’s cinematographer Denis Lenoir, an excerpt from a 1994 TV appearance and a new essay by film critic Girish Shambu. The new version arrives in stores on September 10th.

Terence Stamp delivers his most unnerving performance in this stylish 1965 thriller from director William Wyler, in which stamp plays and obsessive collector of insect and animal specimens whose hobby escalates to frightening new levels. The film has long been unavailable but a new reissue from the folks at Powerhouse Films is set to arrive in stores on September 24th.

Mel Brooks' classic comedy turned 50 in August this year and since the film's initial release in 1967 The Producers has been transformed into a highly successful theatrical musical and been the subject of a 2005 remake starring Matthew Broderick, but for our money it's the original version starring Gene Wilder that remains the best.

To mark the film’s 50th anniversary a new 4K remaster taken from the original negatives was reprinted and shown in a limited run in cinemas last month, but on September 10th a new Blu-ray reissue based on the new remaster arrives in stores and it’s the best-looking version of the movie yet.

Screenwriter Nicholas Meyer made his directorial debut in 1979 with this intriguing twist on H.G. Wells and his famous novel The Time Machine, starring Malcolm McDowell as the author who sees his invention come to life, only to find himself in a chase across time and space to catch notorious serial killer Jack the Ripper.

The film is one of this month’s additions to the hmv exclusive Premium Collection, with a Blu-ray reissue arriving in stores on September 24th. Presented in a collectible slipcase and packaged along with an exclusive poster and artcards, the new edition features a new bonus commentary from the director and McDowell, as well as the original cinematic trailer for the film. 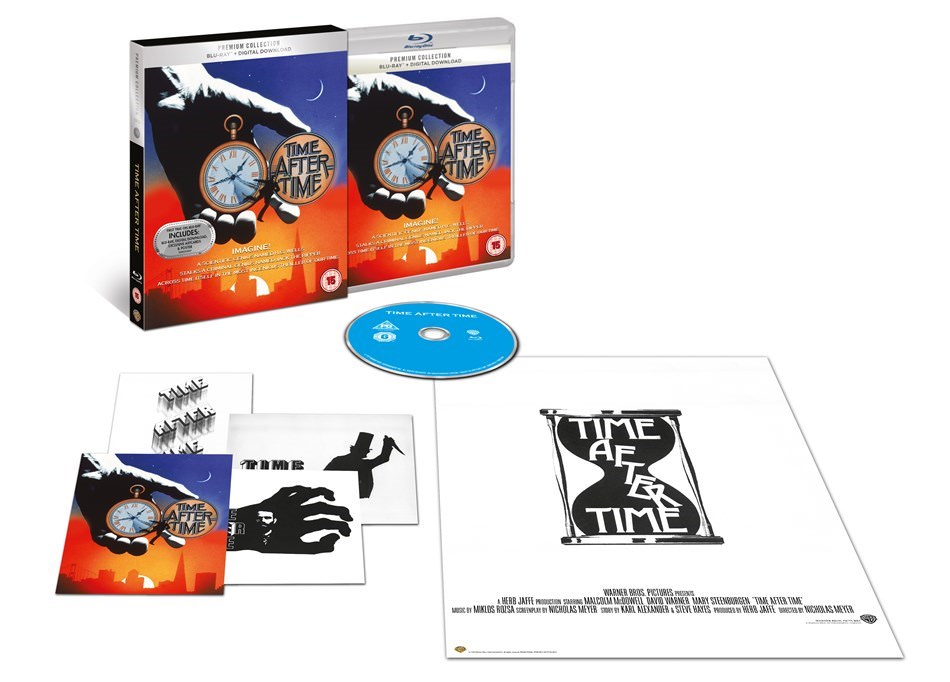 The Comfort of Strangers

Paul Schrader’s 1990 film stars Rupert Everett and Natasha Richardson as a British couple taking a break in Venice to work on their relationship, who soon find themselves tangled in a web of intrigue and danger thanks to their acquaintance with a sinister couple played by Christopher Walken and Helen Mirren.

Boasting a screenplay written by Harold Pinter (adapted from the novel of the same name by Ian McEwan), the film is set to receive a new reissue from the folks at the BFI this month, with a dual-format edition including both Blu-ray and DVD discs due to arrive in stores on September 24th.

Along with the obvious ones like The Great Escape and The Thomas Crown Affair, Steve McQueen’s role alongside Dustin Hoffman in prison escape drama Papillon is arguably one of his most iconic roles, but despite a DVD release all the way back in 2000 and a U.S. Blu-ray release in 2011, the film has yet to be released on Blu-ray in the UK.

All that changes this month though as Franklin J. Schaffner’s 1973 film comes to Blu-ray for the first time on September 17th. The Blu-ray edition benefits from a new remaster as well as a new surround mix in DTS-HD 5.1. Extras are limited but it does include a short behind-the-scenes feature, The Magnificent Rebel.

Terence Young’s 1967 thriller puts an unusual slant on the familiar home invasion trope with Audrey Hepburn playing the blind victim of a robbery by a group of con artists and thieves, led by Alan Arkin. The film is another addition the Premium Collection this month, with a new Blu-ray edition arriving in stores on September 24th.

Along with collectible slipcase, artcards and poster, the Premium Collection edition includes two different trailers for the film, as well as interviews with Arkin and producer Mel Ferrer. 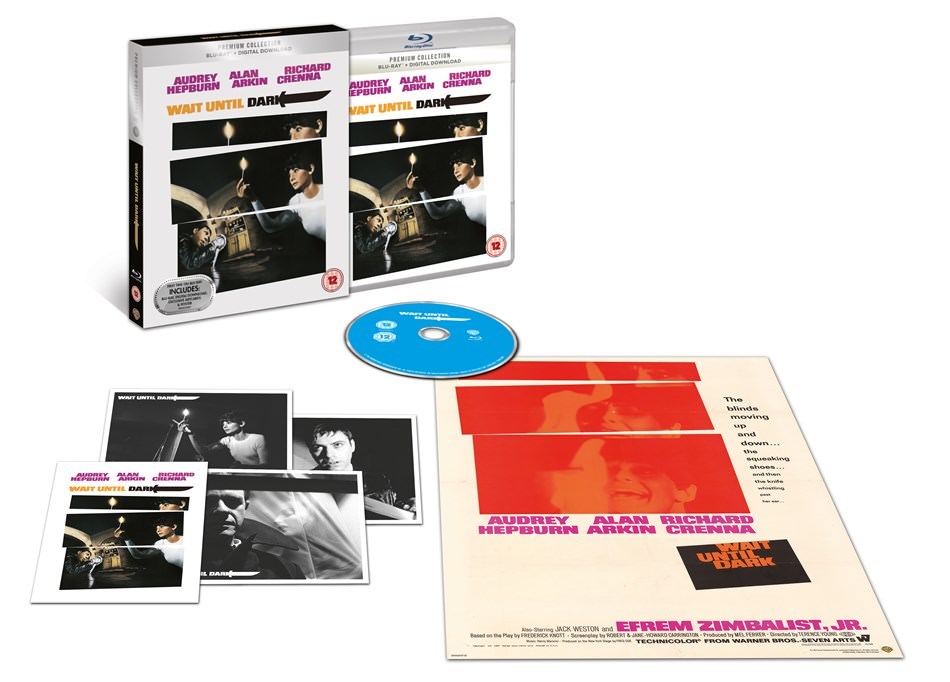