We asked our staff to vote for their all time favourite award-winning movies, and now we want you to decide who the ultimate winner is! 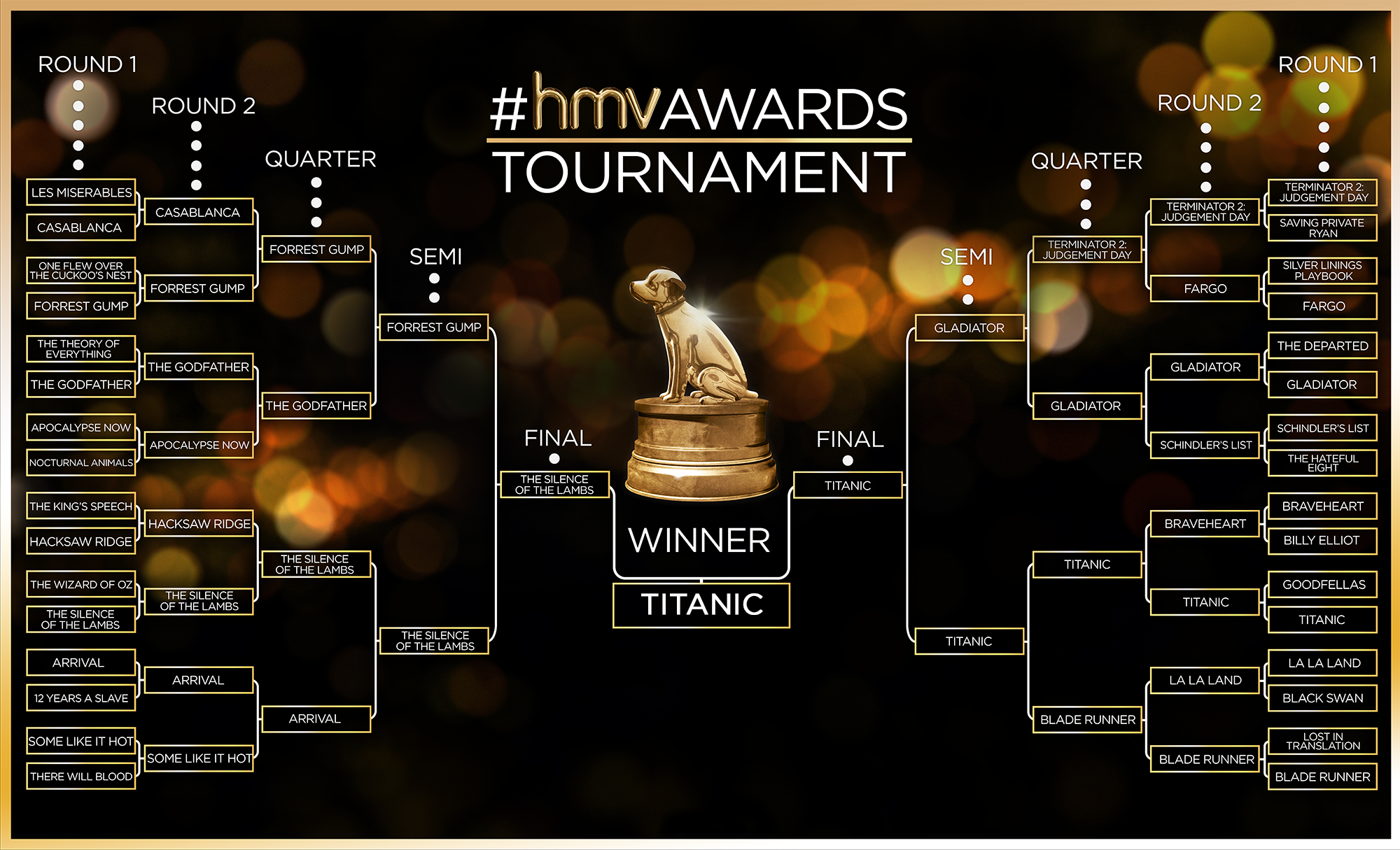 Each week day will see a new pair of titles go up against each other, so if you want your favourites to progress make sure to keep coming back to cast your votes!

Want to win a selection of award winning movies and a £50 gift card to spend in-store? Share this article on twitter using #hmvAwardsTournament!

T&C's can be found here.

Check out the full range of award-winning titles on Blu-ray and DVD here.

Receiving a total of 789 votes throughout, in third place is Forrest Gump! #hmvAwards Tournament pic.twitter.com/syUXfY9Aeo

In second place, with 881 votes overall, The Silence of the Lambs! #hmvAwards Tournament pic.twitter.com/a9gg80nJQI

Which means in first place, with a huge 1,299 overall votes, your winner of the #hmvAwards Tournament is Titanic! pic.twitter.com/Ra14FDjglT

"I really wanted to create something that was wholly original..." hmv.com talks to the cast & director of The Greatest Showman