The Little Stranger (and five of the big screen's most iconic haunted houses)
by James
navigatedown Continue reading
by James hmv London, 21/09/2018 Bio "Like the legend of the Phoenix, I've just eaten a whole packet of chocolate HobNobs..." Editor, hmv.com

Lenny Abrahamson's most recent outing as a director was at the helm of ultra-tense 2015 drama Room, starring Brie Larson and young actor Jacob Tremblay as a young mother and son held captive by a sadistic kidnapper. The film won a string of awards and earned Larson an Oscar and a BAFTA for her performance, as well as an Academy nomination for Abrahamson himself.

Abrahamson makes his return to cinemas this week with The Little Stranger, and once again it's a building that plays a huge part in the story, only this time on a much grander scale. Based on the gothic novel of the same name by Welsh author Sarah Waters, the story revolves around some eerie happenings at a stately home named Hundreds Hall.

Set just after the end of the second world war, the film stars Domnall Gleeson as Dr. Faraday, a country psychiatrist whose mother once worked as a housemaid at Hundreds Hall, and who visited the house once as a boy. One day Faraday receives the call to attend a patient at the house and upon his arrival notices that the house has fallen into disrepair since his first visit many years earlier. He is introduced to the house's owner, a disfigured former RAF veteran named Roderick Ayres (Will Poulter), who lives in the house with his sister Caroline (Ruth Wilson) and his elderly mother Angela (Charlotte Rampling). Dr. Faraday begins treating Roderick for Post-Traumatic Stress Disorder brought on by his exploits during the war and also becomes romantically involved with Caroline.

While attending a garden party at the house, a child is mauled by a normally friendly Golden Retriever, and Roderick tells Faraday that he believes the attack is the result of a poltergeist who hates him and lives in his house, leading Faraday to conclude that Roderick may not be of sound mind. When a portion of the house is consumed by a fire, Roderick is deemed to be responsible for the blaze and is committed to an asylum.

However, even in Roderick's absence, strange things continue to happen in the house. Scratches appear in a wardrobe appearing to spell out the name of Angela's long-dead daughter Susan, servant's bells ring out without anyone activating them, and Angela is locked in the abandoned nursery, becoming convinced that Susan is following her around the house and, eventually committing suicide. At her funeral, Roderick warns Caroline that she will be next to die if she doesn't leave the house, while Faraday begins to notice strange parallels between the legend of the poltergeist and his own memories.

More a psychological thriller than a horror movie, Abrahamson's film makes use of two real-life stately homes – Newby Hall in North Yorkshire and the dilapidated Langleybury in Hertfordshire – to create the fictional Hundreds Hall, which serves as the creepy backdrop to this disturbing ghost story.

You can find a trailer for the film below, beneath that we've picked out five of the most iconic haunted houses ever to appear on the big screen...

The Little Stranger is in UK cinemas now. 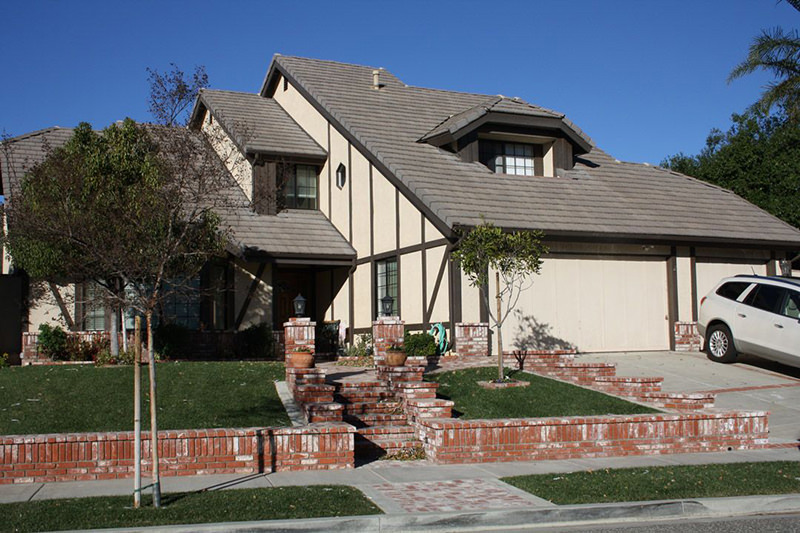 The house featured in Tobe Hooper's 1982 horror Poltergeist sits just north of Los Angeles in California's Simi Valley. In Hooper's film, the fictional Cuesta Verde housing company built the house on the site of a former cemetery, causing its ghostly inhabitants to exact their revenge by abducting the Freeling family's young daughter. In real life, the house's story is much less colourful – built in 1979 along with the rest of the houses in the same development, the house is not, as far as anyone knows, built on the site of the cemetery, nor have the owners been visited by spirits from another plane. They do, however, get regular visits from fans of the movie, who regularly stop by for photos in front of the house's driveway. 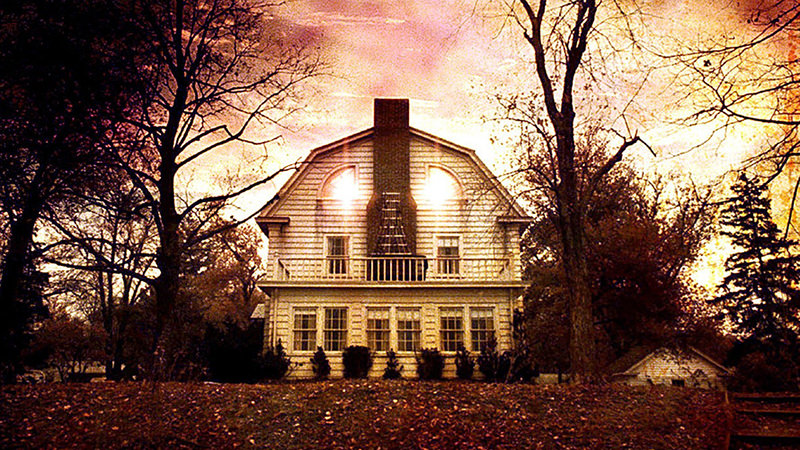 Unlike the Roxbury Street house used in Poltergeist, the house situated at 112 Ocean Avenue in the Amityville neighbourhood of Long Island, New York has a very real and pretty grisly history. Originally built in 1924, the house was occupied in the 1970s by Ronald DeFeo Jr., who brutally murdered six members of his own family in the house in 1974. The house subsequently sat empty for several months before being bought by the Lutz family, whose terrifying 28-day tenure in the house became the subject of Stuart Rosenberg's 1979 film The Amityville Horror (adapted from Jay Anson's book of the same name). But is the house really haunted?

Probably not. DeFeo changed his story so many times about the murders that his lawyer, William Weber, decided that a plea of insanity was his client's best hope of avoiding a long jail sentence, and in one of the killer's many versions of the story he claimed that “voices in the house” made him do it. Weber later claimed in a 1988 interview that the Lutz's story was “a hoax” and even suggested they had stolen some of the ideas that ended up in Anson's book from him. For their part, the Lutz family have always stood by their story, but it's worth noting that that the house has since had several different owners, none of whom have reported anything out of the ordinary. 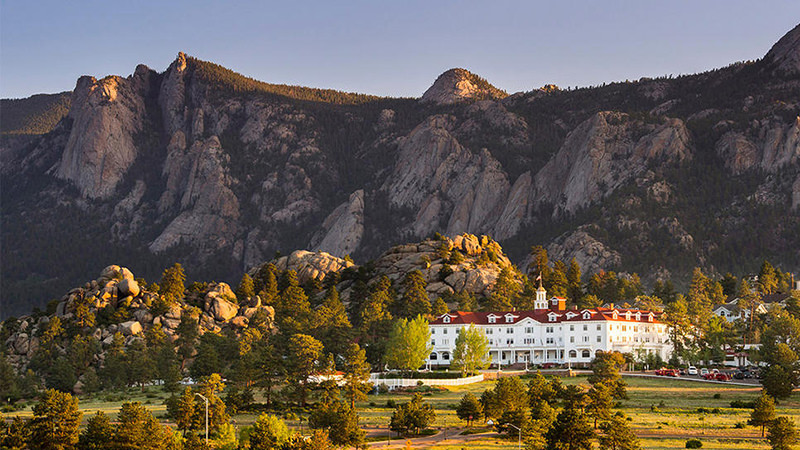 OK, so the Overlook Hotel isn't technically a house, but there aren't many haunted places as recognisable as the one featured in Stanley Kubrick's seminal 1980 adaptation of Stephen King's novel The Shining. The building used in Kubrick's film is actually called the Stanley Hotel, which is located next to the Rocky Mountains in Estes Park, Colorado, and is the actual hotel that inspired King's story in the first place. He and his wife Tabitha stayed there for one night in 1974 and, just like in the story, found themselves as the only guests as the hotel was closing down for the winter. During the night, King had a nightmare in which his son was being chased down one of the hotel's corridors by a fire hose, waking him in the middle of the night – by the time he went back to bed, he had the outline of the entire story in his head.

Prior to King's stay, there had been no reported occurrences of paranormal activity at the hotel, but that hasn't stopped the owners from capitalising on the film's legacy; they installed a hedge maze to match the one featured in the movie (none had previously existed) and still conduct regular ghost tours around the building to this day. 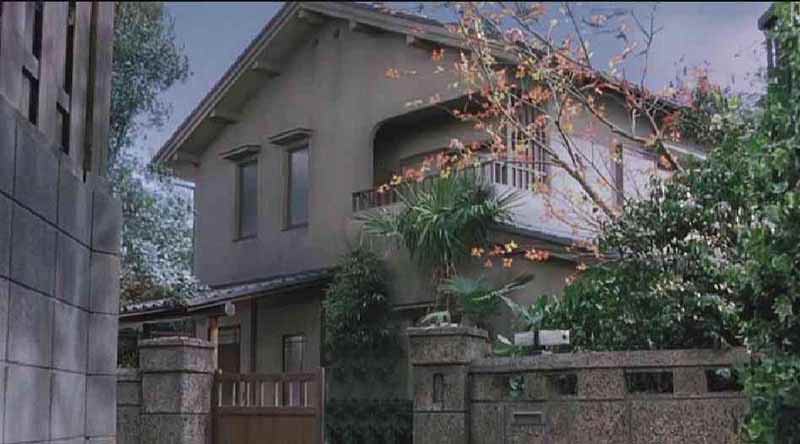 Possibly the most unassuming address on our list, this house tucked away on a side street in Tokyo's Saitama district is nonetheless one of the most terrifying, having been the focal point of all the movies in the Ju-On series and its American counterpart The Grudge. The American remake actually recreated the house on a soundstage, but the early films in the original Japanese franchise all made use of the Tokyo house for both exterior and some of the interior shots.

The real house has become a popular destination for tourists and fans of the series, but it's quite tricky to find since Tokyo's streets are notoriously difficult to navigate for non-natives, and even you do manage to find it, the front door is as far as you're likely to get. As far as we know, the house is unoccupied at the time of writing and despite rumours that the production company behind the films still owns the property, the owners have yet to open the doors to tourists and there have never been any real-life reports of spooky happenings at the address. 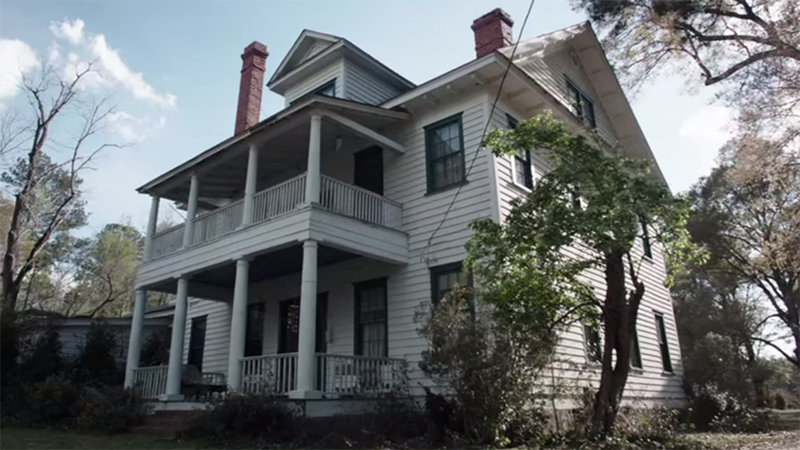 Featured in James Wan's 2013 horror The Conjuring (although the external shots used in the film like the one above are of a different house), the old farmhouse situated in Burriville, Rhode Island has perhaps the most colourful history of any house on this list - and the most furiously contested. The film tells the story of the Perron family and the disturbing phenomena they claim to have experienced after moving into the house in 1970. Although Wan's film is based on numerous accounts of the hauntings that took place, one of the family's daughters, Andrea Perron, wrote and published her own account of the house's grisly history in 2011. Built in 1736, the house originally sat on 200 acres of farmland and was home to eight generations of the same extended family, during which time the property allegedly bore witness to several deaths including two suicides, an unsolved child murder and two drownings, as well as the discovery of four bodies who appear to have frozen to death while trekking across the property.

The biggest part of the story, however, concerns a woman named Bathsheba Sherman, who was rumoured to have lived in the house and was the subject of many horrific local folk tales. These included accusations that she practised witchcraft, that she once killed an infant with a knitting needle, and that she hanged herself on the property. However, the house's current owner Norma Sutcliffe has conducted her own investigation into the Perrons' claims after becoming increasingly annoyed at finding trespassers on her property (even though the real house is not the one featured in the film), and has disproved a number of the Perrons' claims, including the ones concerning Bathsheba's death (records show she actually died of a stroke).

Mr. Robot (and five of the best hackers in film & TV)

Narcos (and five of the best gangsters on TV)

Hail, Caesar! (and five other films about Hollywood skullduggery)

Creed (and five of the best movies about boxing)